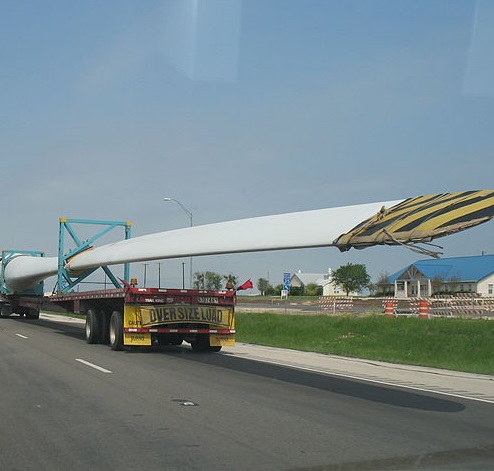 As climate concerns grow, the full environmental impact of wind power deployment is under increasing scrutiny. For developers and suppliers, carbon neutrality is becoming a priority.

On January 30, leading offshore wind developer Orsted said it aims to become carbon neutral by 2025. Orsted would also engage with suppliers to achieve a carbon neutral supply chain by 2040, it said.

GE Renewable Energy plans to become carbon neutral by the end of this year, the company announced in September. GE will reduce emissions through operational efficiencies, securing renewable energy supply for all of its wind, hydropower, energy storage and grid businesses, and by purchasing carbon offsets, it said.

Recycling of component materials will be key to reducing the wind sector's carbon footprint and new blade materials will be required. Around 80-90% of nacelle equipment can be recycled at end of life but a recyclable blade is yet to be developed.

The wind industry is now tackling this issue, Merfeld said.

"The next generation of blades will be designed to consider recycling from the outset,” she said.

Currently, turbine blades are typically made out of composite materials that are sent to landfill when decommissioned, Charlotte Stamper, energy spokeswoman at Zero Waste Scotland, told New Energy Update.

“Future assets should be designed for full reuse of materials and for components to easily be replaced and refurbished," Stamper said.

Potential recycling solutions include co-processing using a ‘cement kiln’, where the fibers are used as an alternative to coal and raw materials used in the production of cement, Christopher Springham, head of global communications and sustainability at LM Wind Power, said.

“Co-processing with a cement kiln is indeed among the most promising technologies for composite waste from wind turbine blades....The next step is scaling this and other solutions so they are accessible on a global level, which is something we are looking at from a cross-industry perspective," he said.

In another method, the blades could be mechanically reduced to sub-components or flakes and reused as construction material or in other industrial applications, Springham said.

Alternatively, individual materials can be chemically separated and reused, he said.

Leasing models allow operators to return components when no longer needed. These components could be reused by others, either as they are, or enhanced with new technologies.

Lower cost is “one of the strong motivations for us to pursue carbon neutrality for our operations so aggressively,” Merfeld said.

Fuel, logistics, waste disposal and travel all “have cost associated with them,” she noted.

"At 41% of emissions in 2016, we soon realized that electricity usage across our company was the first area we needed to take on," the company said. 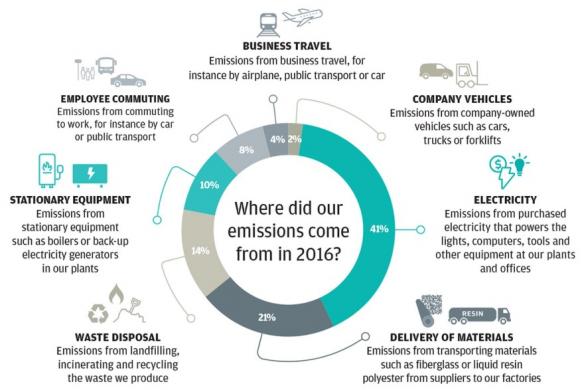 Transportation and installation methods will also need to evolve to shrink the carbon footprint of onshore and offshore projects, Merfeld said.

Zero Waste Scotland has worked with subsea technology group Ecosse IP to develop an integrated floating wind deployment solution which is transported by small towing vessels. The solution avoids the use of heavy-lift vessels in installation and decommissioning.

"The system can be used to lift, lower or hover any subsea object, by controlling buoyancy and ballast in low pressure pipes," Stamper said.

More can also be done in operations and maintenance (O&M). In the offshore wind sector, the use of electric or hydrogen boats and greater sharing of resources with oil and gas operators could reduce the carbon footprint, Stamper said.

Learnings from the oil and gas sector will help the offshore wind industry decarbonize.

"There’s existing infrastructure to leverage and capabilities in operating offshore," she said.

Less obvious partnerships with other industries will also have an impact.

"Everyone will scrutinize their supply chains for ways to either eliminate waste, or offer it as a resource,” Merfeld said.