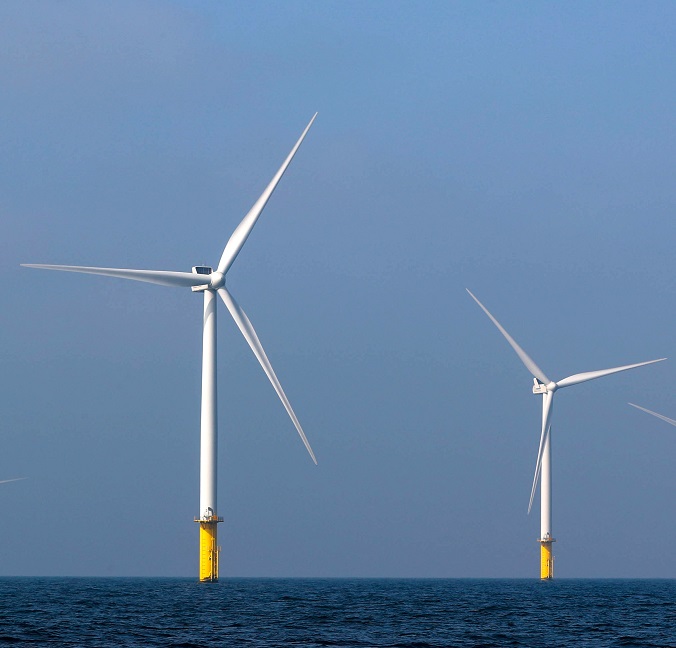 The UK Crown Estate allocated six offshore wind leases in England and Wales to four different groups - including the first UK project for oil major BP - for a total capacity of 8 GW.

The leasing round was the fourth in the UK and the first in Europe based on bids for upfront option fees, which the developer must pay until it gains final planning permission. The leases are valid for 60 years including a 10-year option, double the length of leases offered in earlier rounds. The developers require the leases to participate in contract for difference (CFD) auctions for state-backed offtake contracts. BP and EnBW plant to take a final investment decision (FID) on their windfarms in 2025, BP's low carbon energy chief Dev Sanyal told Reuters last month, which implies the companies will each pay around 1 billion pounds in lease fees before then.

The UK’s new leasing terms risk raising the costs of projects, industry group WindEurope warned in a statement. The capacity available was four times lower than in the UK's last leasing round in 2010 and there are now more developers chasing projects, Giles Dickson, CEO of WindEurope, said.

"It’s unclear when the next auction will take place. So there’s a price frenzy in the bidding – that’ll just get passed on to energy bills,” he said.

A high level of competition in CFD auctions could drive down prices and outweigh the impact of high lease costs, he said.

The UK is the world's leading offshore wind market and aims to quadruple installed capacity to 40 GW by 2030. The high lease bids in England and Wales prompted Crown Estate Scotland to review the option structure for its Scotwind leasing round taking place this month.

"The unprecedented outcome of The Crown Estate Round 4 process has, overnight, changed the market dynamics around offshore wind leasing," Amanda Bryan, Chair of Crown Estate Scotland, said in a statement.

“It is the Scottish Government’s responsibility to secure a fair price for the sea bed sites being leased for offshore wind developments around Scotland," Roseanna Cunningham, Scotland's Cabinet Secretary for Environment, Climate Change and Land Reform, said.

The high lease bids resulted from sites with good wind conditions, a proven regulatory framework, and an experienced supply chain, Gary Bills, Managing Director for UK & Ireland at technical advisors K2 Management, said. An influx of oil and gas majors and institutional investors to the offshore wind market has also increased the demand for projects.

The shallow water of BP's lease site 30 km from the coast would allow lower transmission costs and reduce the environmental impact, he said.

In addition, the leases are valid for double the typical length of turbine lifespans, and this allowed BP and EnBW to bid more ambitiously, Grubel told Reuters Events.

Under the longer terms, lifetime extension and repowering strategies would impact revenue expectations, Bills said. Turbines are designed to last around 25 years but are expected to operate for longer and projects are typically financed over 35 years.

"Every developer will look at this differently - some will not be considering the longer-term picture at this early stage and will think about the immediate project running for 35 years," Bills said.

"Some will factor in the cost of repowering the site in the future, but these estimations have no commercial value and therefore they will not be bankable at this point," he noted.

Across Europe, offshore wind prices have plummeted on technology gains and deployment learnings. Competitive tenders have accelerated cost reductions and developers have established regional supply chains and maximised economies of scale. The last UK CFD auction in 2019 awarded 5.5 GW of new offshore wind projects at strike prices of between 39.65 and 41.61 pounds/MWh, around 30% lower than prices awarded in 2017. The next auction is due this year.

Despite the high lease fees, CFD prices could continue to fall as developers combine the latest technology and supply chain savings with economies of scale, and if the cost of capital continues to drop, Duncan Clark, Head of UK Region at Orsted, told Reuters Events. The world's largest offshore wind developer, Orsted operates 12 wind farms in the UK for capacity of 4.9 GW, is currently building the 1.4 GW Hornsea 2 array and is developing three other projects in the country.

Upward price pressures in the next CFD auction would include the specific risk profiles of projects and "supply chain obligations," Clark said.

The UK is tightening domestic content rules to boost investment in local industry. Last week, the government announced 95 million pounds of funding for two industrial sites with tax breaks that could host seven manufacturers and support the development of up to 9 GW of offshore wind projects per year.

"Some of the bigger players will have an established global supply chain network and this [thirst for savings] will drive them to look further afield to lower-cost suppliers," Bills said. "It will be a fine balance between getting the cost down and maintaining healthy relationships inside the global and European markets.”

To avoid an inflationary impact in CFD auctions, leasing rounds should be held more regularly and the government should commit to a "firm timeline," to ensure the supply of projects chasing CFDs exceeds demand, Clark said.

The true impact of the high lease bids in Round 4 will become clearer as these projects move on to CFD auctions in the coming years. According to Grubel, bid prices for the most attractive leases may continue to rise as renewable energy targets are lifted and more companies enter the offshore wind market. The high bid prices could spur other countries to adopt similar leasing policies, he said.

In a note of caution, Clark warned the UK lease prices were "extreme" and similar prices in future leasing rounds could eventually result in increased costs for energy consumers and taxpayers.