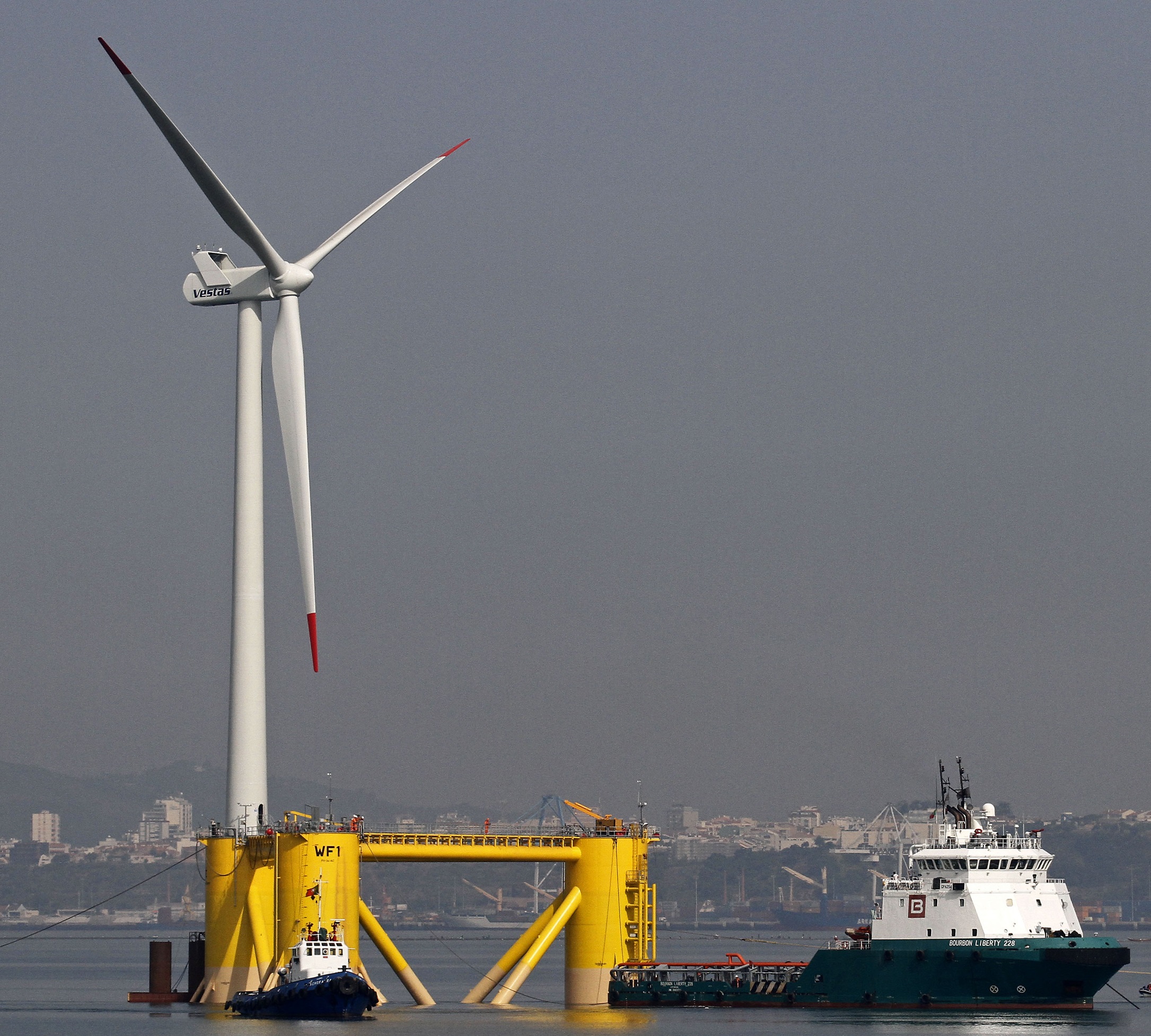 Last month, the UK announced it will tender leases in the Celtic Sea off the UK’s western coast for floating wind projects, each of capacity around 300 MW. The leases will be three times larger than in previous UK lease offers and will propel the UK towards its target of 1 GW of floating wind by 2030, the UK Crown Estate said.

The tender comes after UK floating wind experts called on the government to double its target to 2 GW and make floating wind subsidy-free by the end of the decade. In a new report, the Offshore Renewable Energy (ORE) Catapult and industry partners identified floating wind opportunities off England, Wales and Scotland and called for new leasing rounds in the Celtic Sea and North East England.

The UK is the world leader in offshore wind capacity but floating wind has been limited to a handful of demonstration and pre-commercial projects.

The UK is increasing domestic content requirements for offshore wind to 60% of project value and rolling out freeport schemes to attract manufacturers. Offshore wind partners have called for more regular auctions for contract for difference [CFD] subsidies, along with coordinated leasing and consenting, to establish clear project pipelines.

“Whether we limit our [floating wind] ambitions to 1 GW or raise them and commit to 2 GW, it’s vital the government takes a coordinated approach to leasing and CFD allocations to facilitate this," Torr said.

The report by ORE Catapult and partners modelled cost reductions in floating wind under different deployment rates, learning rates and cost of capital.

A further 4 GW of UK floating wind projects should be allocated for deployment in the early 2030s, it said.

Forecast cost of capital for floating wind versus fixed-bottom

Later this year, the government is expected to hold its Round 4 CFD auction, where for the first time floating wind developers will not compete against lower-cost fixed-bottom projects. Allocated every two years, CFDs represent a crucial offtake commitment for developers, providing operators with a minimum revenue at an agreed strike price for 15 years.

Experts predict very few floating wind projects will be ready in time for the Round 4 auction as it takes years to secure the required planning permission, grid connection agreements and supply chain plans.

According to Torr, one or two smaller-scale projects in England and Wales are targeting Round 4.

Last year, Blue Gem Wind was awarded a lease for its 96 MW Erebus floating wind project off the coast of Wales under a special test and demonstration scheme. Blue Gem, which is 80% owned by oil and gas group Total and 20% owned by Simply Blue Energy, plans to submit Erebus in the Round 5 auction expected in 2023.

Larger projects of capacity 300 MW would not be ready to bid until Round 6 in 2025, at the earliest, Rick Campbell, Head of Offshore Markets at consultancy Natural Power, told Reuters Events.

RWE is rapidly expanding its offshore wind portfolio and won two leases for fixed-bottom projects in the latest tender in England and Wales.

Designated as freeports, the new ports in the Humber and Teeside regions offer tax benefits and accommodate growing offshore turbine dimensions and will host up to seven manufacturers. GE Renewable Energy has agreed to build a turbine blade factory at the Teeside port by 2023 while the Humber port could soon host the UK's first monopile factory.

“Not having these impacts the level of UK content in these areas directly but presents a barrier to the UK supply chain in terms of lower tiers winning sub-contracts," he said.

For example, the design and manufacturing of floating wind substructures can be "optimised for engineering performance, manufacture, assembly, installation, operation and maintenance”, he said. Cost-effective cable, mooring and anchoring systems are also required and the UK government recently announced 20 million pounds ($27.9 million) of innovation funding in these areas.

RWE and ORE Catapult are studying the potential for Scottish businesses to produce commercial-scale concrete foundations for floating wind projects.