Our pick of the wind power news you need to know. 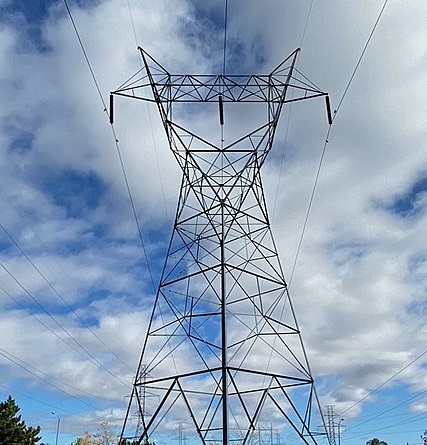 A lack of US grid infrastructure and connection delays are hampering wind and solar developers. (Image credit: Xiaopihar)

The Bipartisan Infrastructure Deal authorises spending on road, rail, broadband, water and electricity networks in the largest upgrade of US infrastructure in a generation. The House of Representatives backed the bill 228 votes to 206 on November 6, following approval by the Senate in August.

President Biden has pledged to fully decarbonise the power sector by 2035, requiring a rapid acceleration in renewable energy deployment and an expansion and modernisation of the power grid. Falling wind and solar costs have spurred development but a lack of transmission infrastructure and long approval processes are delaying projects.

The Biden Administration is also looking to pass a larger $1.75 trillion social and climate spending bill in the coming weeks. The Build Back Better package sets aside $555 billion for climate measures including an extension of tax credits for wind and solar projects and new tax credits for renewable energy components manufactured in the US.

The US House of Representatives could vote on the larger bill this week, White House economic adviser Brian Deese said November 8. The bill must also pass the narrowly divided Senate, where the Democrats and Republicans both hold 50 seats and Vice President Kamala Harris can wield a tiebreaker vote.

Dominion Energy has raised its cost estimate for the 2.6 GW Virginia Coastal Offshore Wind (VCOW) project by $2 billion to $9.8 billion in its filing to the Virginia State Corporation Commission (SCC), the power utility said November 5.

The cost increase was due to the rising cost of commodities and other resources as well as revisions to onshore transmission costs following a conceptual design analysis, Bob Blue, CEO of Dominion said in an earnings call. The levelised cost of energy (LCOE) is estimated at $87/MWh. The VCOW project is the largest offshore wind farm under development in the US and is due to start construction in 2023-2024 pending approval by the SCC and environmental authorities.

Wind developers currently face strong inflationary pressure from rising raw materials costs and supply disruptions as economies rebound from Covid-19 restrictions. The large dimensions of offshore wind components make them particularly susceptible to sharp rises in the cost of steel and other materials.

Siemens Gamesa is the preferred turbine supplier for the VCOW project and last month the company agreed to build the US' first offshore wind blade factory at the Portsmouth Marine Terminal (PMT) in Virginia.

Dominion has also placed the first order for a US-made wind turbine installation vessel (WTIV). Estimated to cost around $500 million, the 'Charybdis' will be completed by late 2023 and one of the largest WTIVs ever built, capable of installing the largest turbines on the market.

Dominion also requested approval from the SCC to build 17 miles of new onshore transmission lines and infrastructure, it said.

GE is to spin off its renewable energy, power and digital divisions into a publicly-listed energy company in 2024, the technology and engineering group announced November 9.

GE will separate into three public companies in energy, aviation and healthcare that will be better positioned to "deliver long-term growth and create value for customers, investors, and employees," it said.

The separation will allow the companies to make more tailored investments, give them greater financial flexibility to pursue growth opportunities, and make their investment profiles more "distinct and compelling" so they appeal to a broader investor base, GE said.

The new energy unit will combine existing businesses in wind turbines, gas-fired turbines and services with a digital arm that develops internet of things, digital twins and other tech offerings.

Intense price competition has crushed the margins of wind turbine suppliers and prompted them to increase investments in the turbine service sector where margins are higher. GE Renewable Energy also lies far behind Europe's Siemens Gamesa in the fast-growing offshore wind sector. The UK will consult the market this winter on floating wind tenders in the Celtic Sea that could deploy 4 GW of capacity, the Crown Estate land management agency said November 11.

The Crown Estate plans to first tender for "early-commercial scale" projects of capacity 300 MW-350 MW, followed by larger projects of up to 1 GW. The first leases are expected to be awarded by the end of 2023 and the projects installed from 2030 onwards, it said.

The Celtic Sea lies between England, Wales and Ireland and the early commercial projects will be three times larger than in previous lease offerings, helping to drive down costs and establish regional supply chains.

The UK has set a target of 1 GW of floating wind by 2030 but could far exceed this following recent tender announcements in Scotland. In January, Crown Estate Scotland will announce the results of its 10 GW ScotWind offshore lease auction which includes floating wind projects. In early 2022, it will launch a new lease auction for floating wind arrays that supply power to North Sea oil and gas platforms.

Spain also plans to build 3 GW of floating wind by the end of the decade and France recently pre-qualified 10 developers for its first commercial-scale floating wind tender, highlighting the surging demand for projects.