Siemens Gamesa's pledge to build the first US offshore turbine blade factory comes as federal support looms but builders of the first projects will be exposed to global sourcing pressures. 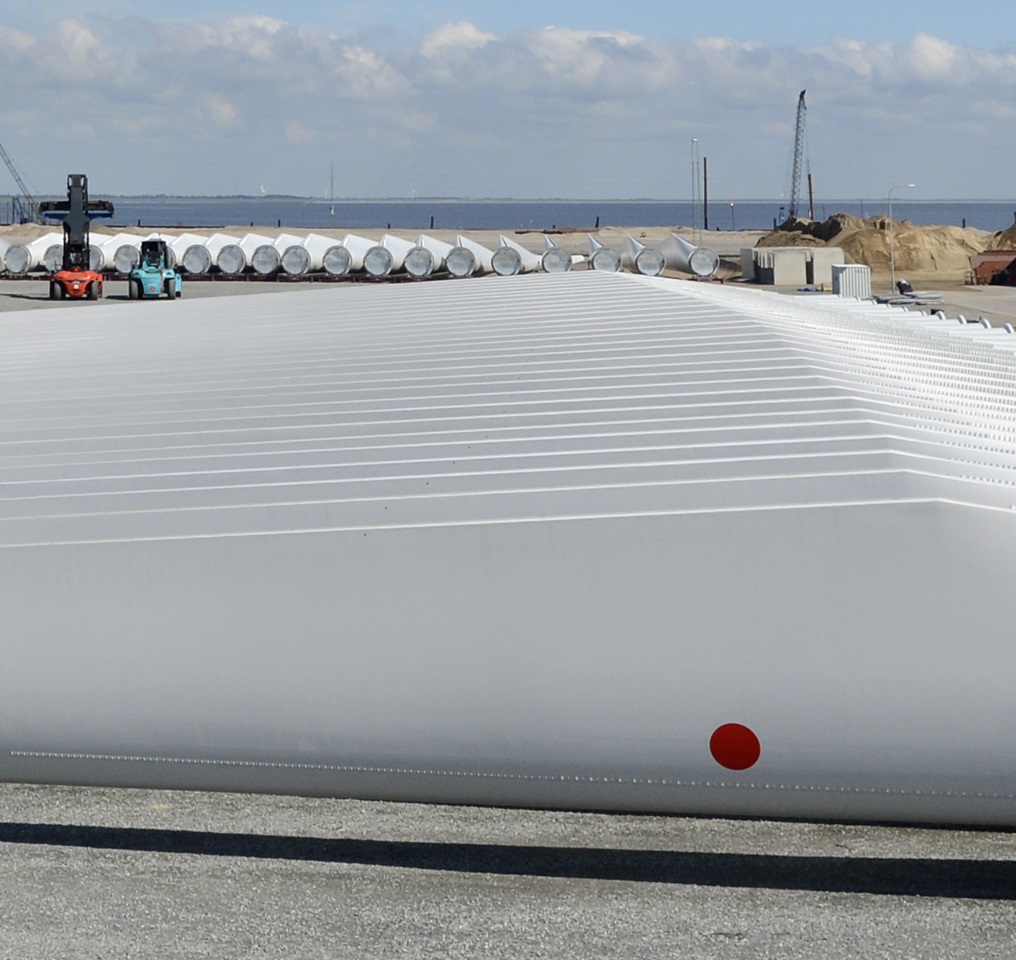 Investments in turbine manufacturing are key to creating a US offshore wind industry. (Image: REUTERS/Fabian Bimmer)

On October 25, Siemens Gamesa announced it would build the US' first offshore wind blade manufacturing facility at the Portsmouth Marine Terminal in Virginia.

The move comes as the Biden administration plans to implement tax credits for offshore wind components manufactured in the US in its budget reconciliation bill, currently under debate in Congress.

Construction has begun on Vineyard Wind - the US’ first large-scale offshore wind farm in Massachusetts - and projects in New York will soon be underway. Developers are planning to install up to 9 GW of offshore wind by 2026 and President Biden has set a target of 30 GW by 2030 in a bid to create jobs and meet his carbon reduction goals.

Biden aims to create a home-grown offshore industry but the first US offshore wind projects will rely on imported turbines from Europe. Siemens Gamesa’s $200 million factory in Portsmouth will be built pending a final turbine order from Dominion Energy for its 2.6 GW Coastal Virginia Offshore Wind Commercial Project. Dominion has selected Siemens Gamesa as turbine supplier and expects to gain environmental approval in 2023. East Coast states have inserted local content requirements in offtake agreements with offshore wind developers and federal support for US manufacturing would increase the potential for development. If agreed by Congress, the credits will supplement a 30% investment tax credit (ITC) for offshore wind farms and other financial support measures.

Developers also face global sourcing risks as Europe is aiming to install around 100 GW of offshore wind by 2030 and activity is taking off in Asia.

A "local supply chain helps us to be more self-reliant in order to meet our deployment targets," Shields said.

Developers of the first US offshore wind projects will rely on imported components as well as foreign wind turbine installation vessels (WTIVs). Dominion has signed the first order for a US-built WTIV but experts estimate the US could need up to six vessels to meet President Biden's 2030 target. GE and Vestas have announced plans to build nacelle factories in New Jersey while tower manufacturer Marmen and steel product supplier Welcon will develop a tower plant at the Port of Albany in New York that will supply Empire Wind.

GE and Vestas are yet to commit to a new offshore wind blade factory in the US.

"We will continue to evaluate market conditions -- including the presence of the type of sustained demand over time that is needed to ensure that any facility is fully utilized," a GE spokesperson said.

"The establishment of a blade manufacturing facility, including casting, is a major investment and Siemens Gamesa has therefore decided to establish the facility through a phased approach," he said. "This approach has been applied in other markets."

It could take around three years for manufacturers to gain permits, construct and certify their new facilities, Shields said.

Developers and suppliers are working with port operators to secure land and resolve logistics issues. Siemens Gamesa has signed a long-term land lease agreement with the Virginia Port Authority for its Portsmouth factory, supported by Virginia state incentives, the company said. The facility will involve the development of 80 acres/32 hectares of land.

The large dimensions of offshore wind turbines mean that they require larger factories and assembly spaces than those used for onshore wind. The US is also lacking in some upstream supply capabilities, including the 10-metre diameter forged steel flange that is needed for offshore wind monopile foundations and towers, Shields noted.

Offshore wind stakeholders must collaborate to ensure a "unified, thoughtful industry build-out that creates a sustainable, local supply chain" and long-term jobs for workers, Chante Condit-Pottol, Vestas' communications director, said. Vestas currently works with over 1,000 US suppliers in its onshore wind business and plans to build similar networks for the offshore industry.

The US Department of Energy (DOE) is also working with industry to identify gaps in the supply chain and plans to publish a report on this in the coming months, a DOE spokesperson said. This report will inform a new US Offshore Wind Supply Chain Roadmap set to be published next year.