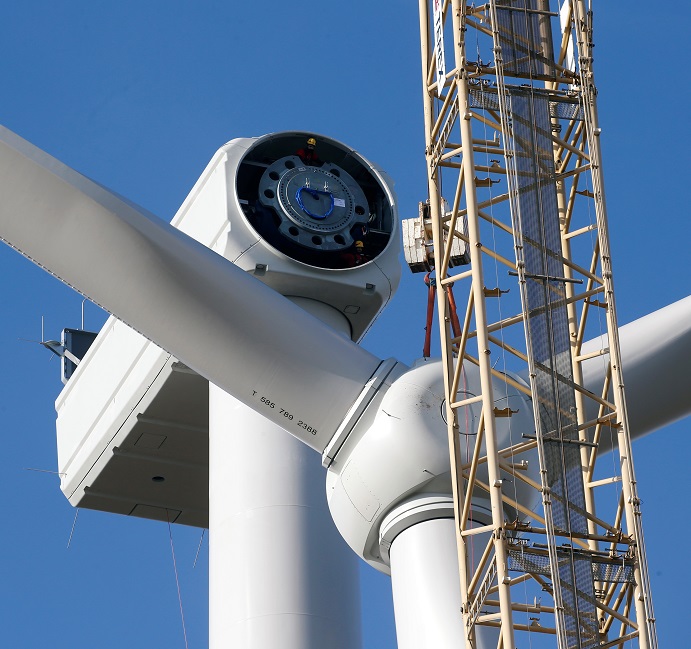 US wind installations in July-September fell 22% on a year ago to 1.5 GW as some developers delayed projects due to supply chain issues, the American Clean Power (ACP) association said October 25.

US wind developers have installed 7.3 GW of capacity so far this year, far lower than in 2020 when developers raced to meet end of year deadlines for tax credits. Annual installations must quadruple by the end of the decade to meet President Biden's carbon reduction targets, the US Department of Energy (DOE) said in a recent report.

US wind power installations to date Wind and solar developers have faced inflationary pressure this year from rising steel costs and transport disruptions as economies rebound from Covid slowdowns.

Despite growing industry learnings, US wind costs fell by only marginal amounts over the last year, Lazard consultancy said in its latest cost report published October 28. Wind power costs are now estimated at between $26/MWh and $50/MWh, compared with $26/MWh-$54/MWh at the same point last year, it said. Costs depend on local wind resources and the availability of finance, among other factors.

Solar developers installed 1.5 GW of capacity in the third quarter and solar projects account for 54% of the US clean power pipeline, compared with 23% for onshore wind, 13% for offshore wind and 9% for battery storage, ACP said.

Siemens Gamesa has agreed to build the US' first offshore wind blade factory at the Portsmouth Marine Terminal (PMT) in Virginia, the company announced October 25.

Siemens Gamesa is the world's largest supplier of offshore wind turbines and has installed 68% of capacity in Europe, the largest market. US offshore wind activity is surging and leading global suppliers are starting to invest in East Coast facilities.

The $200 million facility in Portsmouth will be built pending a final turbine order from Dominion Energy for its 2.6 GW Coastal Virginia Offshore Wind Commercial Project. Dominion has selected Siemens Gamesa as turbine supplier for the project and expects to gain environmental approval in 2023. The utility has also placed the first order for a US-made wind turbine installation vessel (WTIV).

Siemens Gamesa has signed a long-term lease with the Virginia Port Authority to develop an 80 acre/32-hectare site at the terminal, supported by Virginia state incentives, the company said.

The factory will create 260 jobs and Siemens Gamesa will look to expand the facility if awarded future projects in the region, it said.

The state of Virginia committed to invest $40 million from its 2021 budget to upgrade the Portsmouth terminal for offshore wind activities. The terminal has 3,540 feet of wharf, several berths and heavy-lift capacity. The port already offers deep water access, no overhead restrictions and sufficient space for large components.

"Our multimillion US-dollar investment has been energized by the strong collaboration with Dominion Energy and support of Virginia’s legislature and authorities,” Marc Becker, CEO of Siemens Gamesa Offshore, said.

European grid operator Tennet has unveiled a proposal for a high voltage offshore transmission grid in the North Sea that could connect 6 GW of additional offshore wind capacity to Germany by 2032, three years ahead of current plans.

The European Commission (EC) has set an offshore wind target of 60 GW by 2030, five times Europe's current level, and grid operators currently have plans in place for 20 GW of offshore transmission capacity in the North and Baltic Seas. The project would help Germany meet its carbon reduction targets and allow faster buildout of green hydrogen facilities in the north, Tennet said.

Tennet's grid investments are regulated and recovered through grid usage fees and the LanWin project is backed by the governments of the northern states of Lower Saxony, Bremen and Schleswig-Holstein.