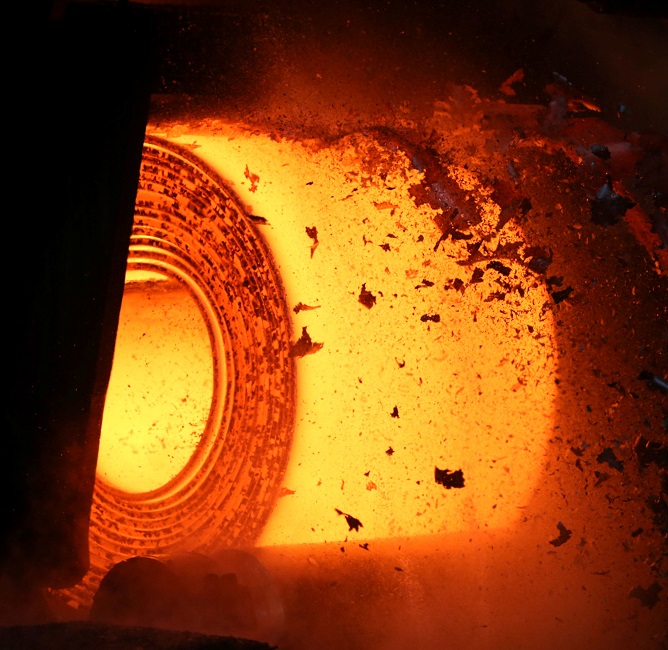 The European Commission's recent decision to extend steel import tariffs and quotas extends the list of inflationary pressures on wind power companies. The safeguard measures have been in place since 2018 and will now apply until 2024.

Steel is a key material in wind turbines and global prices have risen by up to 100% over the past year as industries rebound after the COVID-19 slowdown. The price of other materials used in turbines such as carbon fibre, copper and the resin used in blades have also jumped. Squeezed freight capacity has also pushed up shipping costs.

The rapid rise in steel demand is having the largest impact on prices, Danielle Lane, UK Country Manager for Vattenfall, a Swedish utility and wind developer, told Reuters Events.

“The main factor is the speed of increased demand versus how quickly steel mills [increase] production limits," Lane said.

Wind farm developers face intense cost competition from solar and other technologies and higher materials costs could be passed on to wind developers in the medium term, industry association WindEurope warned.

Further inflationary pressure may be on the horizon if the EC's Carbon Border Adjustment Mechanism (CBAM) is agreed by EU leaders. Unveiled last month, the CBAM aims to protect energy intensive industries in the EU such as steel and cement making by imposing a levy on imports from countries with less strict emission standards. Carbon prices in the EU emissions trading scheme (ETS) have doubled since November 2020 to over 50 euros per tonne ($58.8/tonne).

The CBAM would start reporting data in 2023 and be fully implemented by 2026. The scheme “will probably increase prices as producers seek to pass on higher carbon costs to customers,” Joshua Gartland, Senior Advisor – Trade & Competitiveness at WindEurope, said. The EU import tariffs and quotas apply to the heavy plate steel used in wind towers and the non-grain-oriented electrical steel used in motors and generators.

The extension of the tariffs will most affect projects yet to finalise the design of major components, Lane said.

"Until the design is confirmed [the commodities price] is unlikely to be fixed," Lane said. "Considering there is usually one to two years to finalise design...the risk may not have been considered large enough to make early commitments."

On July 15, the company issued its second profit warning this year because of rising raw materials costs.

Siemens Gamesa CEO Andreas Nauen said the scale of the material cost increases “cannot stay with us," suggesting a proportion would have to be passed on to customers.

"It is not normal for the suppliers to take on the risk of commodity pricing,” Lane noted.

"Projects work (traditionally) on a balance of risk and the developers are in a better position to take on pricing risk for most commodities (such as steel, copper, currencies etc)," she said. "The cost for suppliers to take on commodity pricing would most likely push the cost of wind projects upwards."

Larger developers can use strategic supply agreements and hedges to minimise risks. Spanish utility Iberdrola predicts the material price rises will be temporary and will have no "material impact" on its wind projects, Ignacio Galan, company CEO, said last month.

“All Group major equipment is purchased globally through long term strategic agreements that allow us to benefit from better prices and delivery times,” Galan said.

In addition, the company has fixed or hedged prices for “a high share” of its purchases for the next few years, he said.

The framework supply agreements can apply for up to five years and stipulate maximum turbine quantities as well as other price, logistics and warranty specifications, a spokesperson for Iberdrola told Reuters Events.

Final orders are placed against the framework agreement and the “conditions have already been negotiated," the spokesperson said.