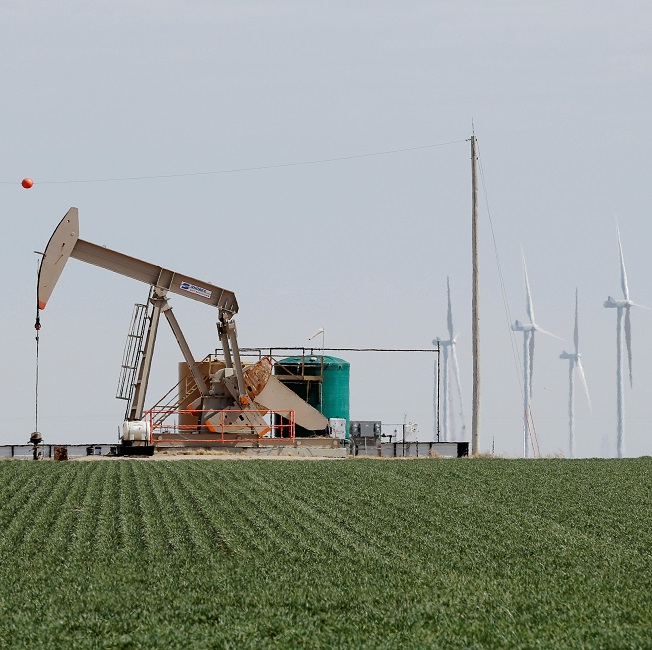 The US House of Representatives approved July 1 a $715 billion surface transportation and water infrastructure bill in what Democrats see as an early step towards sweeping legislation that includes measures to tackle climate change, Reuters reported.

The bill authorises spending on road, rail and water infrastructure as set out in President Biden's initial $2.3 trillion infrastructure proposal but it omits other measures aimed at combating climate change including modernisation of the power grid and support for renewable energy projects.

The Democrat-controlled House approved the bill with a vote of 221 for and 201 against and the legislation is now with the Democrat-led Senate.

House Democratic aides said the measure could help a bipartisan working group in the U.S. Senate convert their $1.2 trillion infrastructure framework into legislative text, Reuters said. Biden has endorsed the bipartisan deal and the Senate hopes to pass legislation by the end of this month.

House Democrats are also working to produce a related landmark reconciliation bill that would address climate change, expand social programs and pay for new initiatives with tax hikes on US corporations and the wealthy - objectives that Republicans reject. Together, the infrastructure initiatives could cost $6 trillion and House and Senate Democrats aim to gain final congressional approval for the bipartisan infrastructure legislation and the reconciliation bill in September.

The Biden administration wants to mandate electricity suppliers to source 80% of power from zero-carbon sources by 2030, Reuters reported in April. President Biden has pledged to fully decarbonise the power sector by 2035 - a far harder goal - and a growing number of utilities and unions are calling for a national clean energy mandate.

A CES "provides a level of certainty for long-term investments that this country needs and we are going to move these pieces together," McCarthy said.

New Jersey has awarded 2.7 GW of offshore wind projects to Orsted and an EDF-Shell consortium in its second solicitation round.

The New Jersey Board of Public Utilities (NJBPU) awarded 1.1 GW of capacity to Orsted's Ocean Wind 2 project and 1.5 GW to the Atlantic Shores project owned by EDF and Shell, NJBPU said June 30.

New Jersey has already allocated 1.1 GW capacity to Orsted's Ocean Wind 1 project and the new projects bring the state halfway towards its target of 7.5 GW of offshore wind by 2035. A third solicitation for at least 1.2 GW is planned for 2022.

Denmark's Orsted is the world's largest offshore wind developer and expects to reach 15 GW of installed capacity by 2025. In June, the group hiked its renewable energy targets, pledging to build 50 GW by 2030, up from a previous target of 30 GW.

President Biden aims to install 30 GW of US offshore wind capacity by 2030, an ambitious target that requires a rapid build out of East Coast infrastructure. Ocean Wind and Atlantic Shores have both committed to invest in new manufacturing facilities at the New Jersey Wind Port, including a nacelle assembly plant, NJBPU said.

Ocean Wind will collaborate with turbine supplier GE Renewable Energy on the nacelle facility while Atlantic Shores will partner with MHI Vestas. Both developers will use the foundation manufacturing plant at the Port of Paulsboro and additional pledges include a pilot green hydrogen facility from Atlantic Shores and a pilot truck electrification hub from Ocean Wind.

"Combined, the two projects are estimated to create 7,000 full and or part time jobs across the development, construction and operational phases of the projects," NJBPU said.

The board is seeking proposals for upgrades to existing onshore networks, extensions of onshore grids, coastal landing routes and offshore substations, and interconnections to support an offshore grid network.

"This represents the largest capacity procurement ordered at a single time by the CPUC, and is the largest requiring only clean resources," the commission said June 24.

Above-normal temperatures are predicted across large parts of the US this summer and California has the highest risk of power shortages, the federal grid regulator North American Electric Reliability Corporation (NERC) said in May.

In the aftermath, California's energy agencies pledged to accelerate the installation of new power capacity and adapt resource planning to take into account the growing impact of climate change.

Some 2 GW of additional capacity will be available during peak demand periods this year and the power authorities would look at ways to add a further 1.5 GW by the summer, CAISO said in its latest summer outlook.

At the same time, California faces lower hydroelectric supplies than last year due to an ongoing drought, CAISO warned. Other summer risks include a reduction of power imports into California if there are wider shortages across the western US and disruption to supplies from wildfires, it said. 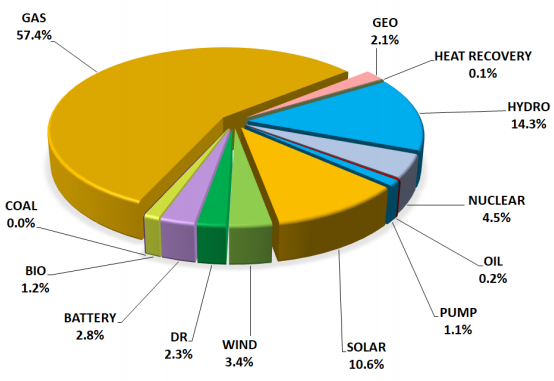 Canada is forecast to create 208,700 new clean energy jobs in 2020-2030 as rapid growth in clean transport roles eclipse the 125,800 positions that will be lost in the fossil fuel sectors, according to a new report from Clean Energy Canada and Navius Research.

Canada's clean energy sector employed 430,500 people in 2020 and this will rise to 639,200 under the federal government’s new climate plan announced in December, the report said. The plan includes wide-ranging support for electric vehicle networks, green hydrogen, energy efficiency, electricity infrastructure such as smart grids and an extension of carbon pricing.

The fastest growth in clean energy jobs will be in transport where employment in the electric vehicle sector will hike 39% per year to 184,000 by 2030, the report said.

By 2030, Canada will employ 363,700 workers in clean transportation and 111,100 in the clean power sector, which includes nuclear as well as renewable energy resources. There will also be 29,900 jobs in clean grid infrastructure, 110,600 in clean building roles and a further 24,000 in the industrial sector, the report said.

The European Commission (EC) has extended a set of quotas and tariffs that protect European Union steel producers by three years in a move which could dent the margins of wind suppliers and increase project prices.

"In line with [World Trade Organisation] rules, the duty-free import quotas of steel will also be increased by 3% annually," the EC said June 25.

The safeguard measures have been in place since 2018 to protect steelmakers from a potential surge of imports.

Steel is the most important raw material for the European wind industry and in some cases prices have doubled over the last year, WindEurope said.

The price of copper and the resins, glass fibre and carbon fibre used in wind turbines have also risen sharply, along with shipping costs, the industry group said.

In the short term, turbine and component manufacturers will have to absorb the additional cost while in the medium term, costs may be passed on to developers, it said.