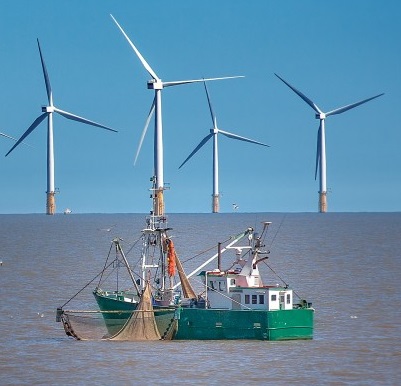 President Biden's new offshore wind target of 30 GW by 2030 has been welcomed by industry and intensified the pressure on federal permitting authorities.

Biden's target exceeds the goals set out by the US offshore wind industry and comes swiftly after Congress agreed a new 30% investment tax credit (ITC) for offshore wind farms as part of a COVID-19 recovery package.

To achieve its target, the White House will accelerate federal permitting and complete environmental reviews of at least 16 offshore wind Construction and Operations Plans (COPs) by 2025, representing 19 GW of new capacity, it said. Developers have warned of a growing queue for COP approvals at the Bureau of Ocean Energy Management (BOEM), an agency within the Department of Interior (DOI). Developers hope to complete the approval process within two years, but the first approvals are taking over three years. There is widespread concern that the BOEM does not have sufficient resources to review several projects at the same time and in January Biden ordered the DOI to find ways to fast-track renewable energy development.

“BOEM will collaborate closely with its federal partners to advance the Biden-Harris Administration’s goal," a BOEM spokesperson told Reuters Events.

“That includes hiring additional staff and utilizing the diverse expertise across the bureau to advance new lease sales and complete reviews of potential projects.”

Reform of the permitting process is key to meeting the president's target, Bill White, Head of US Offshore Wind at Avangrid, co-developer of Vineyard Wind - the US' first large-scale offshore wind project - and several other projects, said.

To meet its goal, the White House should implement a "reformed permitting process with a predictable two-year timeline," he said.

In March, the BOEM completed its final environmental impact statement (EIS) for Vineyard Wind, an 800 MW project located in Massachusetts.

The project partners are currently working on "finalizing key contracts, engaging with organized labour and achieving financial close,” he said.

BOEM is also assessing the COPs for the 132 MW South Fork project in New York and is processing 11 other COPs in the pre-review phase, according to data from the bureau in February. South Fork is co-owned by Danish offshore giant Orsted and regional utility Eversource and started the formal environmental review in June 2018. BOEM plans to start the review of Dominion Energy's 2.6 GW Coastal Virginia Offshore Wind project in June, the utility said. Reviews of other projects are expected to start this year.

BOEM is seeking to create an “efficient and effective" approval process for offshore wind projects, the agency said. Additional resources will help, but processes can also be improved.

The environmental review process should be streamlined to take into account conclusions from previous assessments, industry experts say. Vineyard Wind and South Fork have encountered first of a kind (FOAK) challenges in the approval process, and regulatory learnings can be used to speed up subsequent reviews.

According to Dominion, a more coordinated process between federal departments and agencies would reduce the replication of work and speed up the process. Early cooperation between agencies is also key to spot potential areas of conflict and work with the relevant stakeholders. The interaction of state and federal agencies could also be streamlined. BOEM has created a new lease area in the New York-New Jersey Bight, a shallow water area between Long Island and New Jersey, the White House announced in March.

Following a public consultation, BOEM will tender for leases in the Bight in "late 2021 or early 2022," it said. The first offshore wind projects are expected to rely somewhat on European components and vessels and a large stable pipeline of projects is required to establish a comprehensive US supply chain.

“As with onshore wind, consistent year on year implementation of projects is what will enable the workforce and supply chain to develop," White said.