The world's leading offshore wind developer plans to use its scaling learnings and design partnerships to accelerate commercial floating wind build in Scotland. 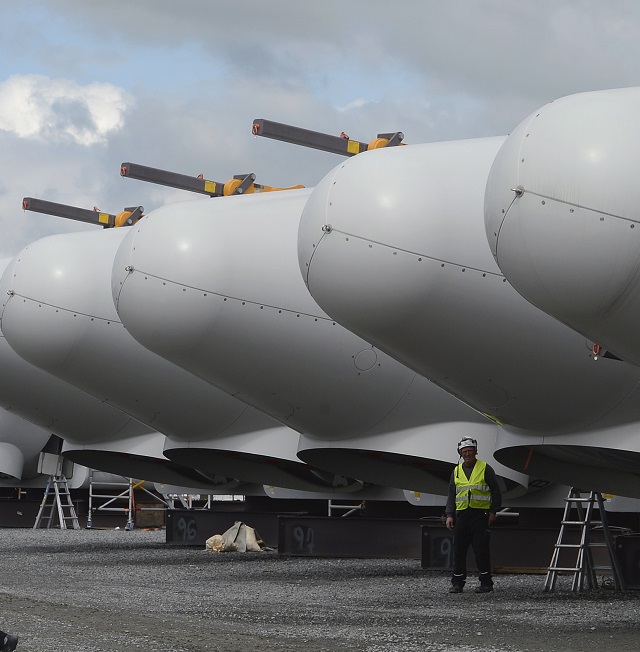 Orsted's bids in the ScotWind offshore wind leasing round represent a significant push by the world’s largest offshore wind developer into the emerging floating wind market.

The Danish group made two "gigawatt scale" bids with partners BlueFloat Energy and Falck Renewables and three other solo bids including fixed bottom and floating technologies for a total capacity of 8.5 GW. The leases allow developers to bid in UK contract for difference (CFD) auctions that award 15 years of guaranteed offtake revenue and are held every two years.

Orsted’s thrust into floating wind comes as the industry moves from pilot projects to commercial-scale arrays. The 50 MW Kincardine wind farm in Scotland is currently the largest floating wind project online but the UK, France and Spain have announced tenders for much larger projects. The UK has set a target of 1 GW of floating wind by 2030 but could far exceed this given recent tender announcements in Scotland.

Orsted will use its fixed-bottom expertise to commercialise and industrialise floating wind technology, Duncan Clark, Head of UK at Orsted, told Reuters Events. Orsted's fixed bottom offshore wind projects have helped build out UK supply chains, vessel networks and maintenance hubs. The company has installed 12 fixed-bottom offshore wind farms in the UK and is building the 1.4 GW Hornsea 2 wind farm off the coast of England.

“We bring a lot of capabilities,” Clark said. “The scale and pace efficiencies that have been developed and continue to be refined in fixed-bottom, will be more rapidly available to floating solutions.”

ScotWind will allocate 10 GW of fixed and floating wind projects and Orsted faces stiff competition - the auction attracted 74 applications for the 15 available leases.

If successful, Orsted plans to develop smaller floating wind projects in its solo bids on an accelerated timeline while it develops the larger projects with BlueFloat and Falck.

"This pipeline of Scottish floating wind projects will reinforce Scotland’s status as a global leader in floating wind," the company said.

Orsted's UK projects to date have all been installed in England's waters and floating wind offers the company the opportunity to expand in Scotland.

Orsted has placed major contracts with nearly 100 UK suppliers over the past five years and, like its competitors, has pledged major investments in Scottish companies if it obtains leases. Scotland's offshore oil and gas industry offers offshore wind developers a wealth of subsea engineering and deep-water expertise.

Orsted can use the relationships it has built with specialist design and supply chain partners on fixed-bottom projects for floating wind technologies, Clark said. At this early stage in the market, many of the largest floating wind developers are working with multiple structure designs to diversify risks and be capable of adapting to local conditions. The design, manufacture and installation of floating wind differs from fixed-bottom projects, but there are numerous synergies across the full life cycle of the project, Andy Strowbridge, Associate Director at consultants BVG Associates, said.

Fixed-bottom developers have sliced costs by building larger projects with higher-capacity turbines and implementing learnings in installation and maintenance, he noted. The buildout of regional supply chains has allowed standardisation and increased efficiency.

“Where there are certain capabilities that we don't possess, we will obviously find the right partners for those," he said.

BlueFloat is a "technology-neutral" floating wind developer and is also bidding for a project in southern Brittany in France with partners Vattenfall and WPD. Based in Madrid, the group is also developing projects in Spain and Italy. Falck is based in Milan and has a track record of community engagement in Scotland.

The partners plan to bid for two seabed leases that could host 4.5 GW through a mixture of fixed-bottom and floating turbines.

Orsted has already worked with Fred Olsen on numerous offshore wind projects. Together, Fred. Olsen and Hafslund offer "vast experience in renewable energy, power markets, the offshore wind supply chain and infrastructure makes them perfect partners for us," Rasmus Errboe, head of Europe region at Orsted, said in a statement.

The winners of the ScotWind auction will be announced in January, providing a clearer outlook on floating wind build this decade.

Crown Estate Scotland also plans to launch in early 2022 a separate auction for offshore wind projects that supply power to oil and gas platforms located in the deep waters of the North Sea. The auction could support several gigawatts of floating wind capacity and smaller floating wind tenders are also planned in England and Wales.

The UK government may want to triple its floating wind target to 3 GW by 2030 given the current level of activity, Rick Campbell, Head of Offshore Markets at renewable energy consultants Natural Power, told Reuters Events.

Floating wind developers now need greater visibility on the capacity and timing of UK government CFD auctions to secure the contracts necessary to build out the supply chain, Strowbridge said.

“It is critical now for the government to signal how this capacity can be brought to market through a commitment to future auction timescales," he said.