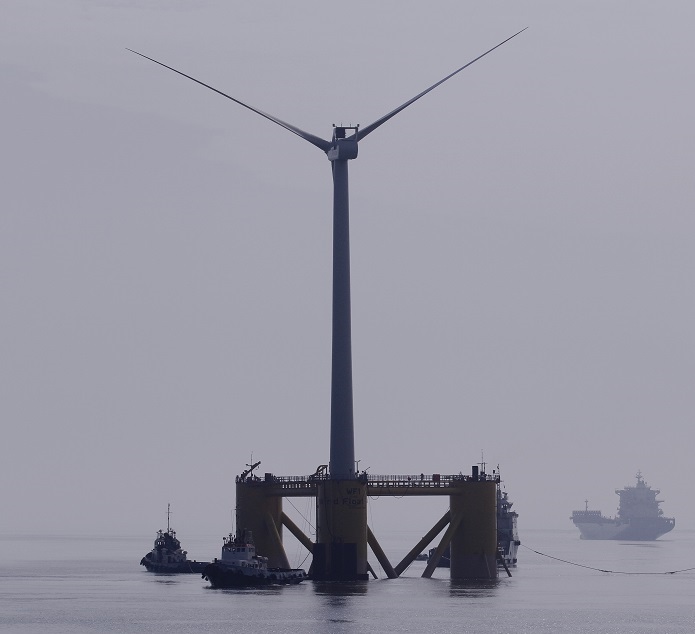 Earlier this month, the Spanish government announced plans to build up to 3 GW of floating wind capacity by 2030.

Under a new draft offshore wind roadmap, the government will spend at least 200 million euros ($236.2 million) on floating wind R&D over the next three years and estimates up to 1 billion euros of port investment will be needed before 2030.

The government has outlined five potential development areas in the North Atlantic, South Atlantic, Strait and Alboran, the Levantine-Balearic Islands and the Canary Islands.

Government officials have also just begun work on a new legislative framework that will incorporate large offshore wind projects into wider renewable energy regulations, a spokesperson at the Ministry for the Ecological Transition and the Demographic Challenge (MITECO) told Reuters Events.

MITECO is considering the use of competitive tenders, a market mechanism that has driven down offshore wind costs across much of Europe, the spokesperson said.

Commercial-scale projects are already underway in Spain and the first are likely to be in the Canary Islands, Aaron Smith, Chief Commercial Officer at floating foundation supplier Principle Power, told Reuters Events.

The Canary Islands currently rely on high-cost fossil fuel generation and offshore wind developers can benefit from the strong "leadership of the local government," Smith said.

Spain’s government appears to support this, identifying the Canary Islands in its roadmap as a potential testing ground for new offshore wind legislation and technologies.

Spain has tested several prototype floating turbines at the Oceanic Platform of the Canary Islands and the Biscay Marine Energy Platform and several companies have announced project plans.

Iberdrola has already developed several fixed bottom offshore wind farms and has identified 2 GW of potential floating capacity off the Canary Islands, in Galicia in north-west Spain and in Andalusia in southern Spain.

Spanish developer Greenalia has started the permitting process for five floating wind farms off the Canary Islands, each of capacity over 50 MW, and is interested in developing projects in Galicia, a spokesperson told Reuters Events.

Initial developments in the floating wind sector will focus on sites with water depths of less than 100 metres and more than 4,000 hours of wind resources per year, the spokesperson said.

Based on the current technology, depths of more than 100m increase the complexity of anchorage systems and the deployment of grid connection cables, making projects "unprofitable," the spokesperson said. "It makes sense to start developing the market at shallower waters and then going deeper when floating technology is ready to do that.“

International developers are also looking to be part of Spain’s first wave of projects.

The Canary Islands can be "pioneers in the development of these projects...and serve as 'spearheads' [for] deployment across the rest of Spain," it said.

The tenders must be of sufficient capacity and at regular intervals and a long-term payment framework is required to attract investors, he said.

To develop the supply chain, project partners need some flexibility in the existing regulation while new regulation that allows larger offshore wind farms is implemented, the Greenalia spokesperson said.

MITECO has identified 27 offshore wind floating wind patents globally and seven of these were submitted in Spain, the government spokesperson said.

The UK has a competitive mechanism for offshore transmission and the transmission is typically developed and built by the generator and transferred to an Offshore Transmission Owner (OFTO) upon commissioning. In Belgium, France and Germany, the grid operator takes responsibility for transmission build and operation.

To reduce development risks, Spain should make developers responsible for the grid development until the point of landfall, Smith said.

“While TSOs are natural owners of these assets, the division of responsibility often takes several years to get right, with dramatic financial and schedule consequences in between,” he said.