The Clean Path New York (CPNY) project will link up 3.8 GW of new wind and solar capacity with the load centre of New York City in a collaboration of energy, real-estate and grid partners. 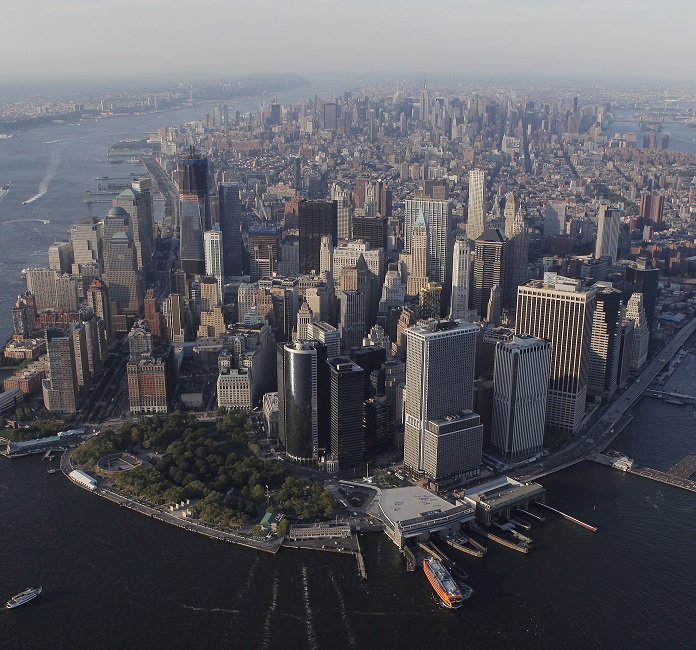 A lack of transmission capacity and slow permitting processes are hampering US wind and solar projects and CPNY will be New York's first procurement of both renewable energy capacity and new transmission lines.

The $11 billion project includes the construction of 2 GW of onshore wind and 1.8 GW of solar capacity in upstate and western New York and a new 1.3 GW high voltage line running 174 miles to New York City (NYC). A joint project by developers Invenergy and energyRe and the New York Power Authority (NYPA), CPNY was selected by the New York State Energy Research and Development Authority (NYSERDA) in its Tier 4 tender for non-fossil fuel capacity. NYSERDA also selected the $3 billion Champlain Hudson Power Express (CHPE) transmission project which will import up to 1.3 GW of hydroelectric power from Canada.

The projects will receive renewable energy credits for power delivered to NYC and NYSERDA will file the awards to the New York Public Service Commission (NYPSC) for approval "in the coming weeks," a spokesperson at the authority told Reuters Events.

The Tier 4 Request for proposals (RFP) called for the delivery of non-fossil-fuel capacity to NYC from any location. This integrated bid approach could offer lessons for other states, demonstrating the collaboration that is possible between developers of renewable energy, real estate and power grids, a CPNY spokesperson said.

For a large developer like Invenergy, the potential benefits are clear.

“About half of the renewable generation for CPNY would be provided by Invenergy projects, and other project owners will provide the balance of the generation," Beth Conley, Vice President, Communications at Invenergy, said.

Large land areas are required to develop renewables and ween NYC off fossil fuels. The CPNY and CHPE projects will help New York meet its target of sourcing 70% of power from non-fossil fuel sources by 2030 and Governor Kathy Hochu has also expanded the state target for distributed solar power to 10 GW by 2030.

The CPNY infrastructure will be funded through a combination of public and private finance. NYPA is the largest state power company in the US, operating more than 6.3 GW of hydro capacity and 700 MW of wind, a third of the state’s wind power capacity. The authority also operates more than 1,400 miles of transmission lines, including a third of New York’s high voltage power lines. Renewable energy developers could also soon receive federal support for transmission projects under President Biden's new $1 trillion infrastructure bill, passed by Congress on November 6.

Like in most of the US, New York's power demand surges in the early evening and is far higher in summer due to demand for air conditioning units. Some of the solar plants in the CPNY project may include energy storage, Conley said. Solar developers are increasingly turning to storage to serve evening peak demand and access higher wholesale power prices.

To manage the intermittency of wind and solar, the CPNY project will also transport power from NYPA's operational 1.2 GW Blenheim-Gilboa pumped storage hydro facility in the Catskill Mountains. The flexible dispatch capabilities of the plant would improve grid reliability and demand response, the CPNY spokesperson said.

The CPNY partners aim to supply first power to NYC in 2027 and key challenges include approval by the NYPSC and the environmental review and permitting of the new transmission line.

Several US long-distance transmission projects have been shelved following opposition from local groups and public utility commissions that have questioned the value for ratepayers.

"Included in the submission for PSC and public review will be a detailed description of each project’s costs and benefits to New Yorkers, additional information about the selection process, and the finalized contracts," the NYSERDA spokesperson said.

The CPNY project is yet to begin the Article VII public consultation process for environmental review and siting of large infrastructure. The process will provide "many opportunities for input and feedback from local communities into the project’s siting, design and construction process,” the CPNY spokesperson said.

CPNY will benefit from NYPA's experience in developing regional transmission projects and routing and environmental work is already underway on the transmission line that runs from Delaware County through the Mid-Hudson region to NYC.

The route minimizes the impact on the Hudson River and avoids Haverstraw Bay, the widest stretch of the river, and most of the line will be built on "existing rights-of-ways already used by roads and transmission lines," the project spokesperson said.

Biden's infrastructure bill could help. Alongside investments in new transmission lines, the bill authorises the creation of a new Grid Deployment Authority within the Department of Energy (DOE) that will fast-track transmission build along roads and railways.