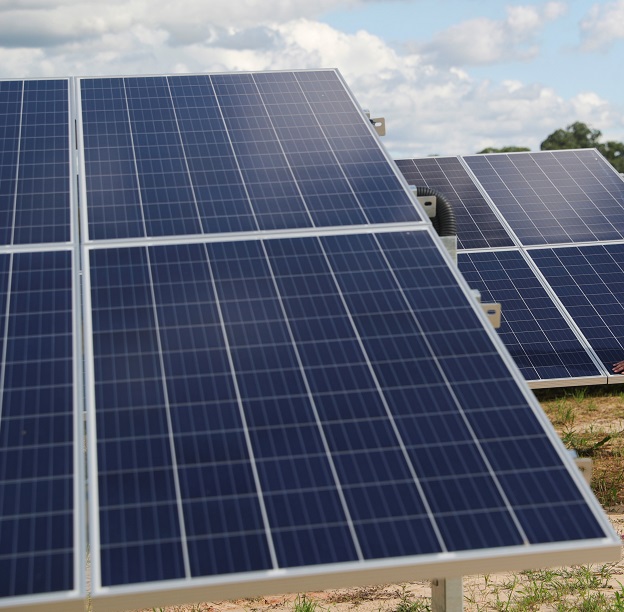 The U.S. Department of Commerce is studying tariffs on panels from the main supply countries. (Image: REUTERS/Amanda Perobelli)

A prolonged investigation of solar panel tariffs by the U.S. Department of Commerce could prevent the U.S. from achieving the Biden Administration's goal of a zero-carbon power sector by 2035, Energy Secretary Jennifer Granholm told a Senate hearing May 9.

In March, the commerce department launched an investigation into imports from Malaysia, Thailand, Vietnam and Cambodia after U.S. manufacturer Auxin claimed Chinese manufacturers shifted production to these countries to avoid paying U.S. anti-dumping duties on imports from China.

The four Southeast Asian countries supply most of the modules installed in the U.S. and the trade probe could result in retroactive tariffs of 50 to 250%.

“I know it’s an adjudicative process that’s in the Department of Commerce and therefore it’s not in the Department of Energy’s purview, but I certainly am deeply concerned about being able to achieve the goal of getting to 100% clean electricity by 2035 if this is not resolved quickly,” Granholm told the Senate Committee on Energy and Natural Resources.

"[What’s] at stake is the complete smothering of the investment, and the jobs, and the independence that we would be seeking as a nation to get our fuel from our own generation sources," Granholm said.

The tariff investigation will cut U.S. solar installations by 24 GW over the next two years as developers delay or cancel projects due to price uncertainty, the Solar Energy Industry Association (SEIA) said April 27.

This is equivalent to total solar capacity installed in 2021. If implemented, the tariffs would reduce solar installations by 75 GW by 2025 and result in 100,000 job losses in the solar sector, SEIA said.

U.S. solar installations were already set to drop this year due to soaring global materials costs and ongoing logistics challenges as economies recover from pandemic slowdowns.

Indiana utility NiSource postponed the closure of its 850 MW Schahfer coal plant to the end of 2025 as the tariff case delayed its solar projects.

"NiSource anticipates that most solar projects originally scheduled for completion in 2022 and 2023 will experience delays of approximately 6 to 18 months," the company said in its quarterly results on May 4.

NextEra, the largest renewable energy company in the U.S., expects about 2.1 to 2.8 GW of its solar and storage build to shift from 2022 to 2023 as the solar sector grapples with price uncertainty and scrambles for alternative supplies.

The company expects final solar tariff amounts to remain unknown until the first quarter of 2025, assuming commerce department officials conclude their probe by 2023.

The tariff case is pushing the U.S. further behind its objectives to decarbonise the power sector and cut national carbon emissions by 50 to 52% by 2030. In June 2021, the California Public Utilities Commission (CPUC) ordered utilities to procure 11.5 GW of new renewable energy or demand management measures in 2023-2026. Several GWs of new capacity were already set to come online following earlier procurement orders and in February the CPUC approved a long-term plan to build 19 GW of solar and 15 GW of storage by 2032.

The EC is expected to unveil next week measures that accelerate renewable energy projects in a bundle of policies aimed at ending the EU's reliance on Russian gas and oil.