Germany's new government will this year streamline permitting laws and ringfence land for wind projects, but the legislation will need teeth to expand wind power into new regions. 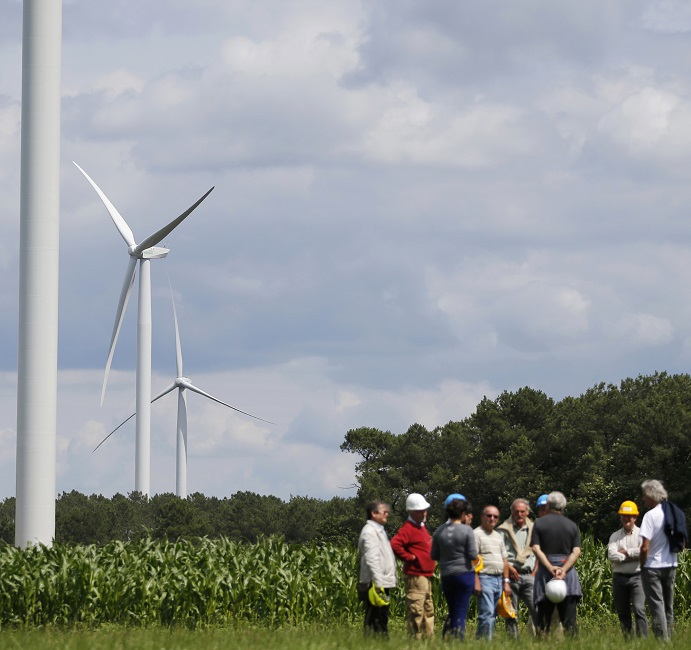 Germany is drawing up new laws to accelerate wind installations but some states may prove difficult. (Image: REUTERS/Stephane Mahe)

Last month, Germany's new coalition government set out a plan to accelerate onshore wind deployment after raising the national renewable energy target to 80% of power generation by 2030. The government wants annual onshore wind installations to hit 10 GW by the end of the decade, doubling installed capacity to 100 GW. 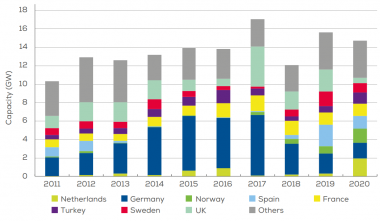 New legislative measures will include a streamlining of permitting procedures and laws that require every state to set aside 2% of its land area for wind energy generation, Robert Habeck, Germany’s Minister for Economics and Climate, told a press conference on January 11.

The coalition is formed of the Social Democrats, Greens and Liberal Democrats and led by Social Democrat Olaf Scholz. The government will revise Germany's Renewable Energy Act (EEG) through the passage of two legislative packages this year - including one "Easter package" before the summer break - that will take effect in 2023.

The new legislation will increase the importance of climate protection in environmental permitting in an attempt to remove hurdles that have caused years of delays for onshore wind developers. Wind power auctions and 20-year feed in tariffs are expected to remain in place.

Germany was an early installer of onshore wind and solar but land availability is now a major challenge. The allocation of 2% of Germany's land for wind projects would be a "milestone" for reducing the bottleneck of projects, Axel Albers, Managing Director, Deutsche WindGuard Consulting, told Reuters Events.

The effectiveness of the laws will depend on the federal government's ability to influence state-level policy that has delayed or halted many wind farms projects.

“With the new government, there has been a paradigm shift in policy, and a new style of political leadership is evident,” Christian Schnibbe, a spokesman for wind and solar developer WPD, said.

"This is a really important step. However, it is now crucial that the announcements are translated into legally binding structures,” Schnibbe said.

The new streamlined permitting process proposed by the federal government would be harmonised across all states and should shorten project timelines and attract more developers into the German wind market.

Currently, German onshore wind projects often take around five years to gain permits as projects face state-level rules and processes that add complexity. Recent onshore wind auctions in Germany have been undersubscribed, mainly due to difficulties in gaining project permits. Some 3.9 GW of onshore wind capacity was tendered in 2020, but only 2.7 GW was awarded, according to Deutsche WindGuard.

The government has a lot of public support for its measures but it could be two years before they impact projects, Albers said.

"The legislation on buildings is complicated. It is not just one law, we are talking about," he said, adding there are also "various interest groups involved in this process."

Project partners will also need time to adapt to the new rules and build up logistics chains to reach the higher installation rates targeted by the government, Schnibbe said.

The government also plans to adapt aviation laws that have hampered wind power development. Changes are expected to include a reduction in sensitive civil radar areas and a higher priority for wind projects sited in military flight corridors. These changes could unlock almost 10 GW of new capacity, according to industry estimates.

Between 4 and 5 GW of new wind projects could be developed by reducing the area of sensitive radar zones by five kilometres, BWE said. This would still be "much larger than for example in Spain, where the radius is 3 kilometres," it said.

The coalition government is also keen to speed up approval processes for the repowering of existing wind turbines with higher capacity machines. Many developers have shelved repowering projects as they must follow the same procedures as new sites and regulations have been tightened in many areas. Turbine capacities have risen rapidly in recent years and repowering of older sites could offer the fastest increases in capacity.  Around 4 GW of Germany's onshore wind capacity has been in operation for more than 20 years and this will rise to over 15 GW by 2025, according to BWE data.

The wind industry is pushing for new regulations that only require developers to demonstrate the environment impact of the repowered wind farm will be no greater than the original facility. This would allow developers to use actual site data on noise emissions and other environmental factors in the approval process, as well as the proven local acceptance of the existing asset.

Germany's wind industry has been calling for the federal government to set aside 2% of land to wind projects as developers across Europe and US face dwindling land availability and a shortage of grid connection points.

The impact of a federal 2% law will depend on its binding effect over Germany's powerful state legislature. Many southerly states have introduced policies that have stunted wind power growth.

States with the highest installed wind capacity, mainly in the north of Germany but also central states such as Hesse and Rhineland-Platinate, will likely see the fastest growth in development in the coming years, Albers said. Rhineland-Platinate for example has set a target of 100% of power from renewables by 2030.

"There are still significant political reservations against wind farms in most of the southerly federal states. The same holds true for the [northern] state Mecklenburg-Pomerania," he said.

The new legislation could also face some political opposition in the Bundesrat, Germany’s second chamber represented by the states, BWE noted.

The coalition government "does not have a clear majority in this chamber, and so resistance by some conservative-led states is expected,” it said.

In addition, there are upcoming state elections in Saarland, Schleswig-Holstein, North Rhine-Westphalia and Lower Saxony that could impact policy.