The exemption of bifacial panels from U.S. import tariffs will curb the cost of most utility-scale projects but moves to widen anti-dumping duties remain a risk. 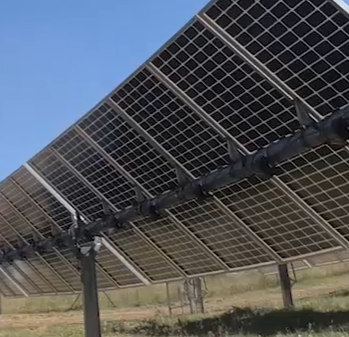 The tariffs were implemented by the Trump government in 2018 and aimed to protect U.S. solar manufacturers from lower cost products, mainly from China. The tariffs started at 30% and have fallen each year to 15% in 2022.

The U.S. is ramping up solar installations but intense competition from Asian suppliers led to the closure of some U.S. panel factories. Panel imports totalled 25.6 GW in 2021 -- five times domestic production capacity - and the bulk of these came from Vietnam (7.5 GW), Malaysia (7.3 GW) and Thailand (6.3 GW), data from the U.S. National Renewable Energy Laboratory (NREL) shows. China and Taiwan are also subject to 25% anti-dumping duties and by 2021 direct imports from these countries had dwindled to 177 MW and 116 MW, respectively. Note: this base case forecast does not take into account new tax credits proposed by the Biden administration to accelerate solar and wind growth. For the forecast including tax credits, click here.

However, many of the imports will not be subject to the tariffs as the majority of utility-scale developers are opting for bifacial panels due to the higher yields from using both sides. Bifacial panels are relatively new to the market but prices have fallen significantly and narrowed the gap with more established monofacial designs.

Bifacial panels likely represent 30 to 50% of all U.S. installations, "given that in 2021 utility-scale PV systems represented over 70% of installed capacity," he said.

Since the Biden administration's decision, Auxin has asked federal trade officials to investigate extending the 25% anti-dumping duties to Vietnam, Malaysia and Thailand, claiming China is using these countries to circumvent tariffs.

A widening of the duties to these countries would impact the economics of bifacial and monofacial imports alike.

The U.S. tariff exemption enables foreign manufacturers to sell bifacial panels to U.S. developers below the price of monofacial systems, whether these are made domestically or imported.

Even without the tariffs, the price difference between bifacial and monofacial technology "has narrowed significantly,” Rashid noted.

The total installation cost of bifacial systems is around 5% higher than monofacial panels but the energy yield is 6 to 10% higher, Marlene Motyka, U.S. and Global Renewable Energy Leader for Deloitte, told Reuters Events. NREL estimates average energy yield to be around 8% higher and the gains can be far greater for some sites.

Bifacial panels are particularly suited to reflective land surfaces such as desert and snow that increase the production from the underside of the panel.

NREL has been collecting U.S. field data to establish a database of ground reflectance rates for different regions and surface types.

Auxin filed its request for wider anti-dumping duties in a petition to the U.S. Department of Commerce.

Auxin claimed Chinese companies merely assemble equipment in Southeast Asian nations using components manufactured in China. A similar request was filed by an anonymous group of U.S. manufacturers last year but the Department of Commerce said it could not investigate the issue properly without the companies identifying themselves.

"If the Department of Commerce initiates the case, it will present considerable downside risk and uncertainty for the solar industry," research group Wood Mackenzie warned in its latest quarterly market report. Anti-dumping duties on Southeast Asian countries could "more than double the cost of imported modules," it said.

As the U.S. ramps up solar installations, the ability of domestic manufacturers to scale up production of lower cost bifacial panels could prove key.

U.S. companies face higher labour costs and overheads than Southeast Asian suppliers but energy prices are relatively low and supply chain issues are continuing to push up the cost of imports.

The scaling up of U.S. manufacturing could help reduce costs, while tax credits and incentives proposed in President Biden's Build Back Better act and other smaller bills could also help domestic manufacturers, Motyka said.

Further changes to the Section 201 tariff system could also impact U.S. manufacturers. The U.S. looks likely to introduce an exemption for imports from Canada and Mexico after a U.S.-Mexico-Canada Agreement (USMCA) dispute panel found they were unjustified. Canada and Mexico currently account for just 0.4% and 1% of US panel imports but these countries could eat into U.S. factory share if tariffs are lifted.

"We will continue to review the report and work with Canada to resolve the dispute," USTR spokesman Adam Hodge said in a statement.