The halting of new connection approvals in the PJM network will aid well-financed older projects but will send many developers into other markets, companies told Reuters Events. 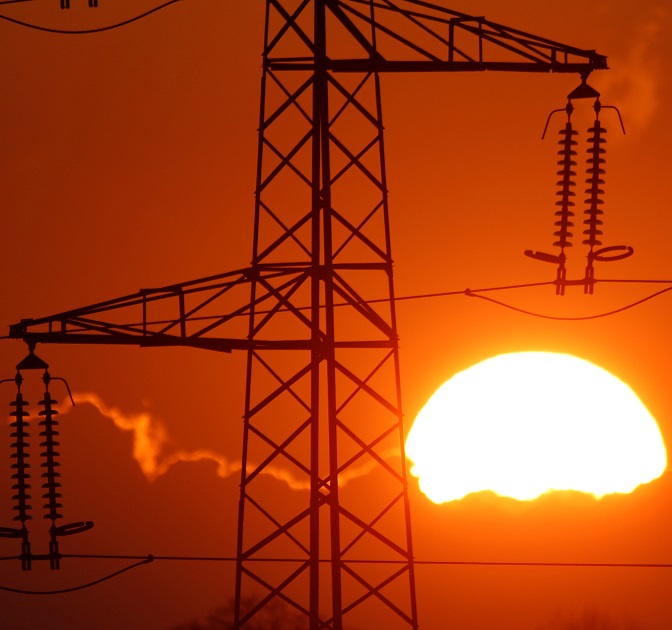 The PJM network is the largest in the US, spanning 13 states in central and eastern regions. Solar and wind activity has surged but a lack of grid capacity and slow approvals have curbed growth.

PJM's Planning Committee agreed to reform its grid connection process to clear a backlog of 2,500 projects, of which 95% are renewables, it said. The new projects represent 225 GW of capacity - greater than the entire current grid - but not all will be built. Under the reforms, projects that entered the interconnection queue since January 2021 will have a two-year waiting period while PJM tackles the 1,200 projects that were submitted before then.

The network operator will prioritise projects with financial and technical requirements in place and fast-track projects that do not require grid upgrades or facility studies, it said.

Some developers have submitted multiple projects but only have finance in place for “one or two,” draining PJM resources on less viable projects, he said.

“Given that the interconnection queue will be closed for many years, many developers will certainly seek additional opportunities outside the PJM market," Hannah Muller, Head of Markets and Policy at Clearway Energy, a developer owned by Global Infrastructure Partners, told Reuters Events.

Projects yet to receive queue positions will find it hard to predict when they will secure an interconnection agreement, Muller said.

Donna Robichaud, Senior Vice President, Development at Geenex Solar, said the reforms provide some certainty and should deter speculative projects but the company will likely ramp down its efforts in PJM until the backlog clears. Geenex has held the largest solar development pipeline in the PJM area and sold 4.5 GW of projects to EDF in 2020.

PJM will submit its reforms to the Markets & Reliability Committee next month. If approved, PJM will file the changes with the Federal Energy Regulatory Commission (FERC) in May ahead of implementation in Q4 2022 or Q1 2023. Until then, projects are prioritised by the date they enter the queue.

PJM faces a huge task. Solar activity has soared on falling costs, tax credit deadlines and rising corporate demand and the volume of PJM approval requests has tripled over the past four years. The transition to renewables has meant that network operators have had to deal with a larger number of smaller projects in more locations, increasing their workload. In 2020, PJM performed more project studies than all other US network operators combined.

Project activity has been particularly strong in Virginia. In September, local utility Dominion Energy filed plans with the Virginia State Corporation Commission (SCC) for 11 new utility-scale solar projects, one solar plus storage project and a stand-alone battery project, alongside power contracts with 32 third-party solar and storage projects. Dominion did not respond to our requests for comment.

To demonstrate readiness, developers will need to meet specific milestones "including site control and financing for the estimated costs allocated to the project," a PJM spokesperson said. To obtain a final interconnection agreement, developers will need to have submitted all security deposits and obtained all permits, site control and a two-party interconnection agreement with the transmission owner and distribution provider.

Developers will have to pay a deposit of $4,000/MW to remain in the queue, several times higher than at present, which should encourage developers to only pursue mature projects, Robichaud said.

Projects with significant grid upgrade requirements may face the longest timelines but many projects may be completed in line with the protracted schedules expected before the reforms, she said.

The reforms should help reduce the risk of expiring land contracts and permit clearances for older projects but PJM should have enabled all projects to keep moving forward to provide clarity for investors, Nick Cohen, President & Co-founder of Doral Renewables, said.

“That way, developers that were invested in the queue based on the tariff, would be able to have predictable results while new queues would be on notice that things are changing," he said.

Staff resources are a key challenge for PJM and it will continue to increase staff count through 2023.

PJM's new approval strategy aligns more with that in place in the MISO market, where interconnection queues have been kept shorter, Cohen noted. The MISO grid spans much of the Midwest and part of the South and serves 42 million people compared with 65 million in PJM.

PJM could do more to accelerate grid upgrades by improving the coordination of transmission owners, Robichaud said.

PJM could reduce the timelines for transmission studies by improving modelling efficacy and data management, she said. "It is not apparent what entity is delaying the process. Sometimes it is PJM with the retooled System Impact Studies and/or issuing [interconnection service agreements] and other times it is the [transmission owners] in designing the physical interconnection, etc."

The “standardization of design specification among all of the transmission owners could accelerate grid upgrades,” she said.

The Biden administration is also looking to streamline permitting and deployment of transmission build in the first measures deployed under last year's $1 trillion Bipartisan Infrastructure Law. The Department of Energy (DOE) will provide funding tools and work with all grid stakeholders to identify national transmission needs, designate transmission corridors and accelerate permitting.

The cost of transmission upgrades is an issue for developers and the Biden administration is looking to provide new tax credits for transmission projects under the $1.75 trillion Build Back Better Act. However, the bill remains stalled in the Senate after approval by the House of Representatives in November.

PJM's reforms are only a "Band-aid" for a countrywide issue and wider US reforms are needed, Rob Gramlich, the Founder and President of consultants Grid Strategies, said.

Transmission infrastructure is planned through the interconnection process and should instead be established in advance, allowing faster project connections, Gramlich said.

PJM's plan is “not anyone’s preferred solution,”  he said.

The operator is expected to clear the backlog around 2027, Arash Ghodsian, Senior Director Transmission Strategy at EDF Renewables, said.

“While this might appear unreasonable, continuing with the existing process will delay the interconnection process beyond 2027 due to the magnitude of the projects in the queue,” he said.