The Department of Energy's new grid initiative could accelerate key projects in Central U.S. by years, but the economics also depend on the stalled Build Back Better Act. 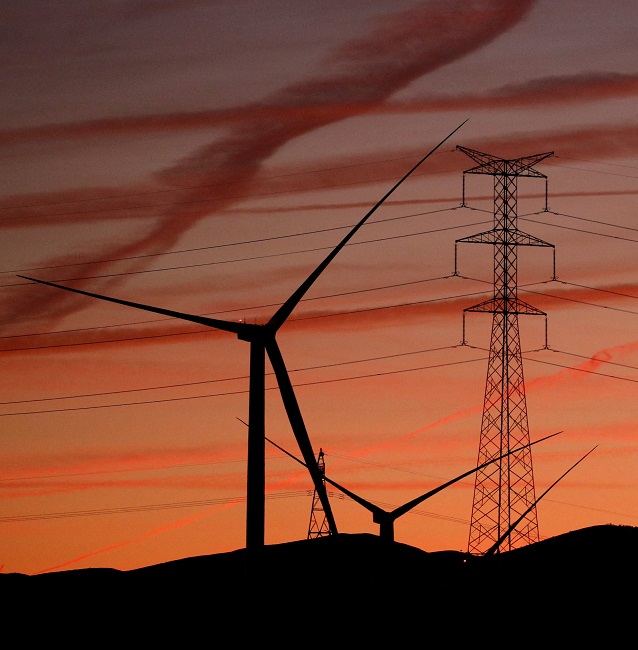 Grid constraints are holding back wind and solar deployment and President Biden has pledged much faster growth. (Image: REUTERS/Albert Gea)

Earlier this month, the U.S. Department of Energy (DOE) launched $20 billion of federal financing tools and planning authority changes to strengthen and expand the US power grid in its first measures enabled by President Biden’s $1 trillion Bipartisan Infrastructure Law.

The Building a Better Grid initiative will allocate funding to protect electricity networks from extreme weather, shorten interconnection queues for renewable energy developers and accelerate smart grid initiatives, the DOE said in a Notice of Intent on January 11.

President Biden has pledged to fully decarbonise the power sector by 2035 through a huge accleration in wind and solar but a lack of transmission infrastructure and long approval processes are delaying projects.

The US needs to expand transmission systems by 60% by 2030 and the DOE plans to conduct a National Transmission Needs Study this year to identify "high-priority" projects, it said.

"Our first step is to bring together stakeholders to identify their needs, and then we’ll begin to plan, with stakeholders, where best to direct our resources," a DOE spokesperson said.

Transmission projects can take 8 to 10 years from conception to completion and these new measures could shorten that timeline by “a few years," she said.

The Notice of Intent comes as President Biden's larger $1.75 trillion Build Back Better Act remains stalled in the U.S. Senate. The Act sets aside $555 billion for climate measures including an extension of tax credits for solar and wind projects, new tax credits for components manufactured in the US and tax credits for new or upgraded transmission lines.

“This plan does not rely on Build Back Better, but that bill would add significant funding and tax credits to advance transmission further,” Rob Gramlich, president of Grid Strategies, and the executive director of Americans for a Clean Energy Grid (ACEG), said.

It is not clear how much of the new investments will be directed at accommodating more renewable energy but the DOE's Notice of Intent demonstrates the department has studied the key barriers to transmission build and how to "prioritize their authority on removing those barriers,” Reed said.

For example, the DOE is creating an application process for lines to be considered national interest corridors.

"This is a flip on the previous process where the corridor would be designated and then lines could be proposed and is quite savvy in this transmission constrained system,” Reed said. There are around 22 shovel-ready, high-voltage transmission projects across the country that could connect up 60 GW of new renewable energy capacity, according to a report by the ACEG.

“The 15 states between the Rocky Mountains and Mississippi River have 88% of the renewable resource potential of the country, and within many states and regions there are pockets of great land and highly productive wind and solar resources,” Gramlich said.

Large transmission projects include include the $2.3 billion Grain Belt Express and Plains and Eastern Clean Line projects. The Grain Belt Express line would run 780 miles from Kansas in the Southwest Power Pool (SPP) market to Indiana, serving customers in the Midcontinent Independent System Operator (MISO) and PJM markets. The 700-mile Plains and Eastern line would deliver renewable energy from the Oklahoma Panhandle to Southeast markets at an estimated cost of $2.5 billion.

The transmission tax credits set out in the Build Back Better Act would open up additional opportunities but long lead times for planning and permitting of high-voltage lines would limit the number of projects that qualify in the near term, ACEG noted in its report.

Cooperation from state authorities will also be crucial. In parallel, federal authorities are looking to speed up the development of transmission lines on federal lands.

Passed by Congress in November, Biden's Bipartisan Infrastructure Law authorises spending on road, rail, broadband, water and electricity networks in the largest upgrade of US infrastructure in a generation.

The bill designates $65 billion of investments in the power grid to accommodate rising renewable energy capacity and demonstration cleantech projects. Funding will be provided for thousands of miles of new transmission lines and a new Grid Deployment Authority within the DOE that will fast-track transmission build along roads and railways. Spending will also be allocated to advanced transmission solutions and smart grids as well as demonstration nuclear reactor, carbon capture and green hydrogen plants.

Biden's larger $1.75 trillion Build Back Better Act was approved by the House of Representatives in November but stalled in the Senate after West Virginia Democratic Senator Joe Manchin refused to back the plan.

The US will need to spend $504 billion on transmission assets to decarbonise the power sector by 2035, according to American Action Forum, a center-right policy institute. Wood Mackenzie has estimated the cost at around $700 billion.