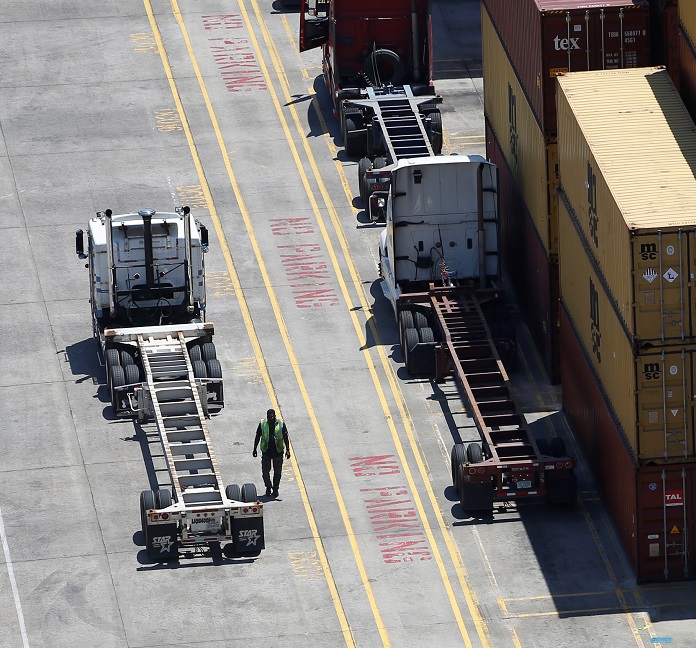 Supply delays and volatile prices are pushing the United States further away from its solar and wind targets. (Image: REUTERS/Randall Hill)

U.S. utility-scale solar installations are predicted to fall by 14% in 2022 to around 15 GW after supply chain issues and volatile commodity prices prompted developers to delay or cancel projects, Wood Mackenzie and the Solar Energy Industry Association (SEIA) said in their latest quarterly solar market report.

The forecast is far lower than the 22 GW predicted by the U.S. Energy Information Administration (EIA) which is based on data reported by project owners. Developers have postponed at least 8% of capacity planned for this year until 2023 or later and cancelled 5%, Wood Mackenzie said, noting its outlook was "conservative."

Developers installed a record 17 GW of utility-scale solar in 2021 but average prices in Q4 rose by 18% for fixed tilt projects and 14% for single-axis systems compared with the previous year as higher materials and transport costs filtered through to projects, the report said. Demand for solar remains strong and total installations hit a record 23.6 GW in 2021, some 19% higher than in 2020, the report said. Texas surged ahead, connecting over 6 GW of new solar, almost double the capacity installed in California and far higher than any other state.

Wood Mackenzie predicts the market will bounce back in 2023 as surging demand outweighs inflationary headwinds.

Clean energy incentives proposed in the Biden administration's Build Back Better act would hike U.S. utility-scale solar installations over the next 10 years by around 86% and raise total solar installations by 66%, Wood Mackenzie and the Solar Energy Industry Association (SEIA) said in their latest quarterly solar market report.

Key incentives in the $1.75 trillion bill include an extension of solar investment tax credits (ITCs) and wind production tax credits (PTCs), a new storage ITC, tax credits for solar manufacturing and direct payment options for tax credits. The bill is currently stalled in the Senate but the incentives could be implemented in separate legislation.

U.S. solar installations must quadruple to around 60 GW/year by the middle of the decade and 70 GW/year in 2031-2035 to meet President Biden's target of a zero-carbon power sector by 2035, the Department of Energy (DOE) said in a recent report. "Without the passage of these clean energy incentives, the solar industry will be far off from what’s needed to hit the nation’s 2035 decarbonization goals," Wood Mackenzie said.

The European Union (EU) plans to cut its dependence on Russian gas supplies by two thirds by the end of the year and will study new climate policies that accelerate renewable energy deployment following Russia's invasion of Ukraine, the European Commission (EC) said March 8.

The EU sources around 40% of its gas from Russia and will end its reliance on Russian supplies "well before 2030," the EC said. In the short-term, EU members will seek to buy more liquefied natural gas (LNG) from non-Russian sources such as the US, Qatar and Japan.

The UK said it was also considering ways to end its reliance on Russian gas that represents 4% of its supply. The U.S. and UK both said they would cease imports of Russian oil and oil products.

The EC set out a RepowerEU plan that would accelerate permitting for large-scale renewables and grid upgrades and speed up rooftop solar deployment. The commission will provide a more detailed plan in June, it said. Earlier, Germany said it would fast-track the implementation of new energy laws that accelerate solar and wind deployment, to reduce its reliance on Russian gas.

Germany's new coalition government plans to speed up the passage of the Renewable Energy Sources Act (EEG) through parliament so that it can come into force by July 1, Reuters reported February 28.

Before Russia's invasion, the German government raised the national renewable energy target to 80% of power generation by 2030 and said it would aim to quadruple solar capacity to 200 GW through a massive deployment of rooftop panels. Under the plan, Germany would exit coal-fired power generation by 2030 and exit nuclear power this year, increasing its reliance on gas-fired generation and renewables. Russia supplies around 40% of Germany's gas and Germany halted the Nord Stream 2 Baltic Sea gas pipeline project from Russia after President Putin formally recognised two breakaway regions in eastern Ukraine ahead of the Russian invasion.

Supervisory control and data acquisition (SCADA) monitoring ceased and the turbines could not be reset remotely in the event of a fault. The turbines would continue to operate in automatic mode and Enercon was working with operators to set up alternative communication links, it said.

"The exact cause of the disruption is not yet known...The communication services went down at almost exactly the same time as the Russian invasion of Ukraine began," the company said.

BSI said "no effects on power grid stability are currently expected due to redundant communication capabilities of the responsible grid operators," Reuters reported.

On February 28, energy ministers from European Union (EU) countries agreed to fast-track the linking of Europe's power system to Ukraine following Russia's invasion of the country.

Ukraine disconnected its grid from a Russian network and called for an emergency synchronisation with a European system to remove Russian control of grid frequency and other technical aspects.

Cyber security of critical structure is a major challenge for Ukraine. Russia has hacked global electricity networks in recent years, U.S. officials said, and cyber attacks caused blackouts in Ukraine in 2015 and 2016. Hackers disrupted the power system feeding parts of the capital Kyiv, reportedly through remote control of software-hardware interfaces and substation infrastructure.