The US federal government is ramping up support for long-duration energy storage but state power legislators must keep up with rapid technology gains and implement reward mechanisms. 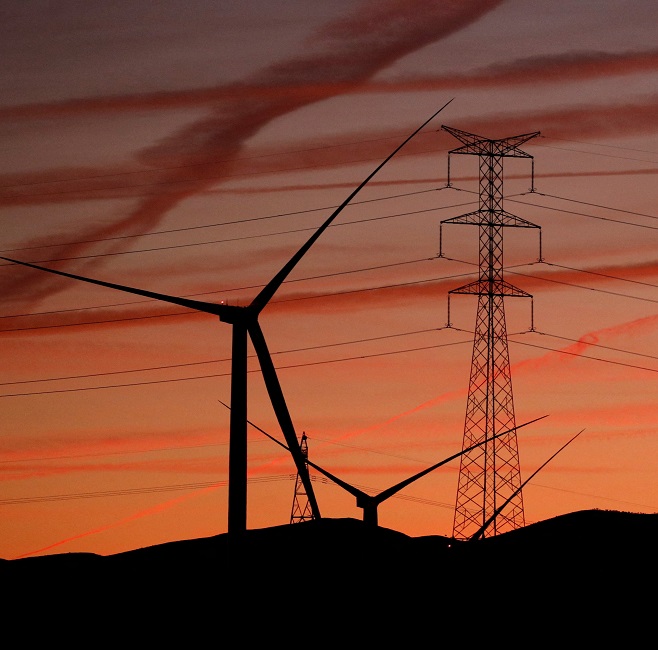 The Biden administration's Earthshot funding program for long-duration energy storage (LDES) highlights the growing efforts to commercialise new technologies ahead of a massive ramp up in solar and wind power.

The program will fund early stage LDES projects and would initially be supported by $1.16 billion funding from President Biden's Fiscal Year 2022 Budget Request. Biden is also looking to implement an investment tax credit (ITC) for standalone storage projects in his $1.75 trillion Build Back Better budget reconciliation bill, currently logjammed in the Senate.

California's latest renewable energy procurement round underlines the rising need for LDES solutions. The California Public Utilities Commission (CPUC) called for 1 GW of new LDES capacity by 2026 as part of 11.5 GW of new renewable energy capacity. Initial request for proposals (RFP) are expected early this year and should indicate the market readiness of emerging LDES technologies.

California is leading the U.S. on short-duration energy storage but a lack of LDES capacity and dwindling grid capacity are curbing wind deployment. The California government has pledged to allocate funding to "pre-commercial" LDES projects but developers seek clarity over market reward mechanisms.

California will eventually need about 45 GW of LDES to meet its clean energy goals, according to consultancy Strategen.

"Another state to watch out for, I think, is Texas," Beh said. Wind turbines supplied 20% of Texas’ power in 2020 and solar capacity is soaring.

Renewables supplied 24% of California's power in 2020, including 11% from wind - including imports from neighbouring markets - and 13% from solar. Demand for LDES typically becomes significant once renewables - particularly wind power - provides "at least a third of the overall electricity,” Stefan Reichelstein, Senior Fellow at the Precourt Institute for Energy at Stanford University, told Reuters Events in September.

California is spearheading energy storage legislation but many other markets have higher wind penetration and may need far higher shares of LDES to meet decarbonisation goals. In the UK, wind generation is set to soar in the coming years and the government is ramping up efforts to bring LDES to market. Wind power accounted for 24% of UK electricity generation in 2020, including 13% offshore and 11% onshore, according to the Office for National Statistics (ONS).

US wind penetration by state Pumped hydro plants provide LDES but the potential for new facilities is limited in most markets. For newer technologies, power authorities must implement market mechanisms that reward LDES in order to reduce financing and development costs, developers say.

California currently only offers capacity credits to storage durations of up to four hours, favouring lithium-ion batteries and other short duration solutions. UK LDES developers face a similar issue and the UK government is considering whether to introduce a ‘cap & floor’ mechanism for LDES that provides a minimum revenue and helps developers secure financing.

The ITCs proposed in Biden’s Build Back Better bill would significantly improve project economics and some developers in California are moving ahead with projects despite limited clarity on market reward mechanisms. Investor interest in LDES is growing as renewable energy targets rise and developers move from demonstration plants to commercial projects.

The Pecho project is backed by a large infrastructure fund and construction is expected to start in "early 2023," he said.

Hydrostor hopes the US Congress will approve the proposed ITC for standalone storage and the company will continue to explore other support opportunities, Walleghem said.

"IRPs seek to identify 'optimal' resource portfolios that can meet planning criteria, such as reliability or carbon intensity, in the lowest-cost fashion," she said. "Failure to appropriately include long-duration storage and other emerging technology solutions means that IRPs are inherently leaving a lot of opportunity on the table."

Lower LDES costs will require improvements in manufacturing efficiency and economies of scale and developers have called for more support.

The U.S. Department of Energy’s (DOE) LDES Earthshot program is open to all types of technologies and aims to reduce the cost of grid-scale 10-hour energy storage by 90% within a decade.

Biden's bipartisan infrastructure bill, passed by Congress in November, includes $6 to 7 billion in funding for battery manufacturing, some of which could be directed at LDES. The DOE has also allocated $17.9 million in funding to four projects that improve manufacturing processes for flow batteries and other LDES systems.

The cost of manufacturing power electronics and the system interfaces with the grid is another important factor, he said.

"As with batteries, [power electronics] can require the large-scale production of many components that need to operate with high fidelity and reproducibility."

Green hydrogen is another promising form of LDES, particularly seasonal storage. Developers are scaling up facilities and predict the cost of producing green hydrogen will fall below gas-based hydrogen by the end of the decade. In June, the DOE launched the Hydrogen Energy Earthshot initiative, aiming to cut the cost of clean hydrogen by 80% to $1 per kilogram.

"The idea of creating a whole new, widespread infrastructure to support hydrogen transport and storage could be expensive, but there are investigations ongoing into how to repurpose existing infrastructure," Spoerke noted.

"The energy [transition] will require multiple significant infrastructure renovations.  Hydrogen will almost certainly be part of that restructuring – I don’t see the costs being prohibitive with a longer-term view of the evolving energy grid."