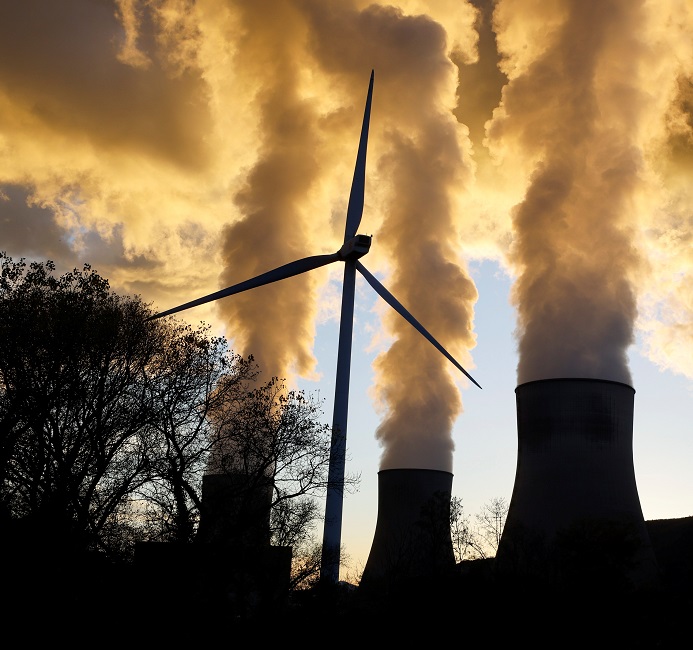 Prime Minister Boris Johnson made the pledge in the run-up to COP26 and ahead of this month's expanded auction of UK contract for difference (CFD) subsidies. The UK aims to quadruple offshore wind capacity to 40 GW by 2030 and may need to triple onshore wind capacity to  35 GW and hike solar to 54 GW to meet its decarbonisation targets. By 2035, the UK could need 35 GW of LDES to balance shortfalls in wind and solar supply, equivalent to 80% of total storage capacity and 99% of storage volume, a spokesperson for engineering group Jacobs UK, told Reuters Events.

LDES refers to five hours or more and new technologies are required to fulfil market needs. Jacobs' projections are based on the National Grid's 2021 Future Energy Scenarios and the need would be greatest during low wind and high demand periods in the winter. By 2050, LDES capacity may need to rise to 60 GW.

A “greater emphasis needs to be put on long duration storage," the spokesperson said.

The UK currently has 3 GW of operational capacity in pumped storage hydro, as well as 2 GW under development and the potential for several GW more in Scotland. Around 1 GW of lithium ion battery storage is in operation and there is 8 GW under development, but this technology is not expected to be cost competitive for LDES durations.

The UK government has launched a competition to help develop new LDES technologies and consulted the market on financing hurdles, but experts say a revenue model must be implemented to reduce risks and spur buildout. The UK capacity market for peak demand rewards suppliers for up to 5.5 hours of storage but there are no market mechanisms for LDES.

The UK's Department for Business, Energy and Industrial Strategy (BEIS) and energy regulator Ofgem are currently investigating whether to introduce a ‘cap & floor’ mechanism that provides a minimum revenue to developers to help secure financing.

The cap & floor mechanism could be "run by either BEIS or Ofgem," a BEIS spokesperson said, but it would not likely be implemented until 2023 at the earliest.

The government's LDES competition will provide 67 million pounds ($88.8 million) to prototype or demonstration projects that supply storage “across days, weeks and months."

Jacobs predicts the UK will require three categories of storage durations to meet its energy transition goals. Durations of up to four hours will be required to meet peak demand, durations of four to 24 hours for daily load balancing, and longer durations of one to 14 days for seasonal balancing, particularly for wind power.

BEIS will allocate the funding through capital grants and Small Business Research Initiative contracts. BEIS aims to fund at least one technology in the three categories of electrical, thermal and power-to-x and projects are expected to be completed by 2024-2025.

Potential electrical technologies include compressed air storage (CAES), liquid air storage (LAES) and gravity-based storage. Thermal heat storage would include molten salt-based systems, such as the pumped heat storage system developed by Malta, or Siemens Gamesa's ETES system that uses electricity to heat volcanic stones to temperatures of 800 degrees C. On December 1, Malta announced it had partnered with Bechtel, a large US engineering and construction group, to deploy its technology.

The power-to-x category would include hydrogen produced from electrolysis, ammonia, methanol and synthetic methane, which could then be used instead of gas in thermal power plants.

Hydrogen storage is likely to be the first new LDES technology to be deployed on a commercial basis as other technologies such as compressed air storage and liquid air storage have not yet been proven at scale, the Jacobs spokesperson said.

Green hydrogen developers are scaling up facilities and predict production costs will fall below conventional hydrogen costs by the end of the decade. According to Jacobs, England's east coast salt caverns could host 20 GW of hydrogen storage by 2035.

In addition, the UK government issued a Call for Evidence on new mechanisms that address the financing challenges of LDES. Hurdles for emerging technologies include high capital costs, long lead times and lack of track record.

One option is funding from the government’s new national infrastructure bank, Dalton said. “Such financial support could in turn attract private investment.”

“We recognise the role that large-scale, long-duration electricity storage could play in helping meet our decarbonisation targets," the BEIS spokesperson said.

The department plans to publish its response to the Call for Evidence in "early 2022,” the spokesperson said.

"A price model where [LDES] systems get paid for the benefits they bring to an energy system must be developed,” Eklind said.