Developers are diving into the community solar market as state and federal support improves but the public needs to be better informed of the savings, experts said. 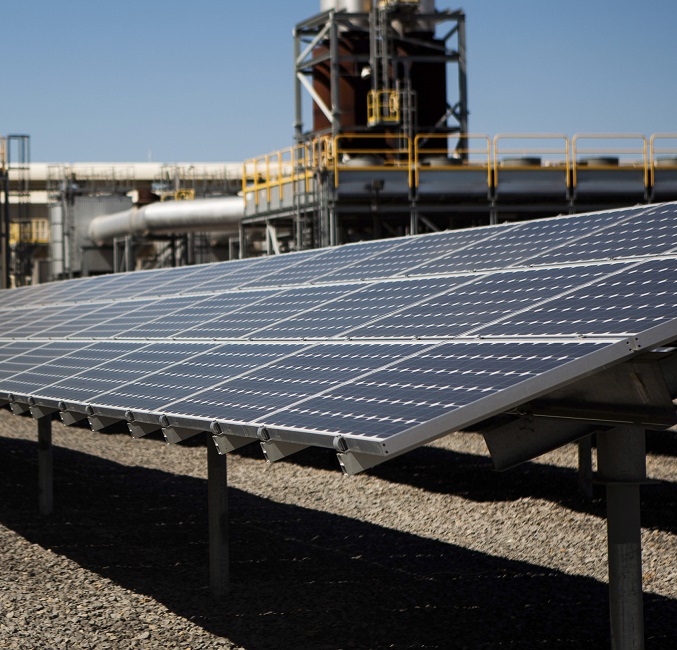 US community solar activity is ramping up as the federal government widens its support measures and large developers expand into the sector.

Last month, the U.S. Department of Energy (DOE) launched credit support and technical assistance programs for community solar projects as it looks to install over 25 GW of community solar by 2025, five times the current level.

Community solar can provide low-cost renewable energy to customers unable to source it, such as those living in an apartment complex where rooftop solar is not an option. Solar costs have fallen significantly in recent years, allowing developers to lower offtake prices.

The DOE will provide free technical assistance to developers, on areas such as policy and regulation, financial analysis and community engagement, it said. The department also aims to connect developers of “credit-ready” community solar developers with lenders and has set up a new collaboration hub between federal and state authorities to share technical assistance and best practices at policy and project level.

Three quarters of US community solar projects have been installed in just four states and support programs must be expanded and applied in more regions, the Coalition for Community Solar Access (CCSA) said.

The Biden administration should also aim to pass tax incentives for community solar in its Build Back Better act and promote integrated grid planning and other measures to reduce cost barriers, the CCSA said.

Community solar projects may be smaller than utility-scale facilities but they face similar risks as well as additional challenges from a larger number of stakeholders, experts told Reuters Events.

Project partners must increase public awareness of the benefits of community solar in order to secure sufficient offtakers and minimise risks, they said.

"Today we see an average bill reduction for community solar subscriptions at 10%, with the new DOE target increasing it to 20% by 2025,” Steele said.

The largest community solar state is Florida with an installed capacity of 1.6 GW, followed by Massachusetts (674 MW), Minnesota (834 MW) and New York (731 MW), but new markets are emerging. Florida Power & Light (FPL) has the nation's largest community solar program and has installed most of state's capacity within the last two years. Activity is also growing in New York, where state authorities aim to install 6 GW of community and distributed solar by 2025 and 10 GW by 2030.

US community solar installations at end of 2021 Some 22 states have introduced policy support for community solar and this is enabling new developers to break into the sector, Jenny Heeter, Senior Energy Analyst at the National Renewable Energy Laboratory (NREL), told Reuters Events.

State support ranges from mandates on community solar capacity to revenue support mechanisms and the authorisation of pilot projects. Activity is ramping up in some states without community solar mandates, Heeter said.

“Most recently we had the launch of the Florida Power & Light Solar Together program, which is not mandated, but was negotiated between multiple parties in the state," she said. "In Texas, Green Mountain Energy is offering the Go Local Solar program.”

Like larger projects, grid connection is a significant challenge for community solar developers and could hamper growth, Wood Mackenzie noted. A lack of grid capacity and slow approval processes are delaying solar and wind projects across the US.

Community solar projects are typically between 0.5 MW and 5 MW in size. Developers face many similar risks to large utility-scale projects, such as permitting, interconnection capacity, and community acceptance, but they must also secure a large number of residential customers, often alongside commercial clients, Woody Rubin, Chief Development Officer at AES Clean Energy, said.

“Financing terms typically charge a modest premium compared to larger [utility-scale] projects,” Rubin said. This is mostly due to the large volume and range of customers and community solar projects are "significantly less expensive" for developers than behind the meter or other distributed resources, he said.

“Financing terms and rates are driven by the creditworthiness of the subscribers and owners,” Steele said.

Developers need to engage community members and organizations to subscribe to their projects. Cash flows are usually balanced between long-term PPAs with anchor tenants and a revolving pool of shorter-term subscription agreements with individual households.

“The typical advantage will be structured as a discount, either fixed or floating, to the retail tariff," Rubin said. The customer savings will depend on the "volume of production from the community solar [project] that is attributed to the customer,” he said.

Customer contracts can vary from just one year up to longer term power purchase agreements (PPAs) of around 10 years and developers typically employ a subscription manager to engage, acquire and manage subscriptions.

“If there is lower retail or wholesale energy pricing in the future than modelled, this will reduce the expected revenue thus leading to potentially lower valuations," Turner said.

At this early stage in the market, the acquisition of community solar customers remains a key challenge.

“Our analysis shows that more than 80% of projects across the country have a positive net present value (savings) to customers,“ Heeter said.

All customers need to be made aware that, regardless of their credit score, they "can have clean energy for a discount to their electricity bill without putting panels on their rooftop," Turner said.