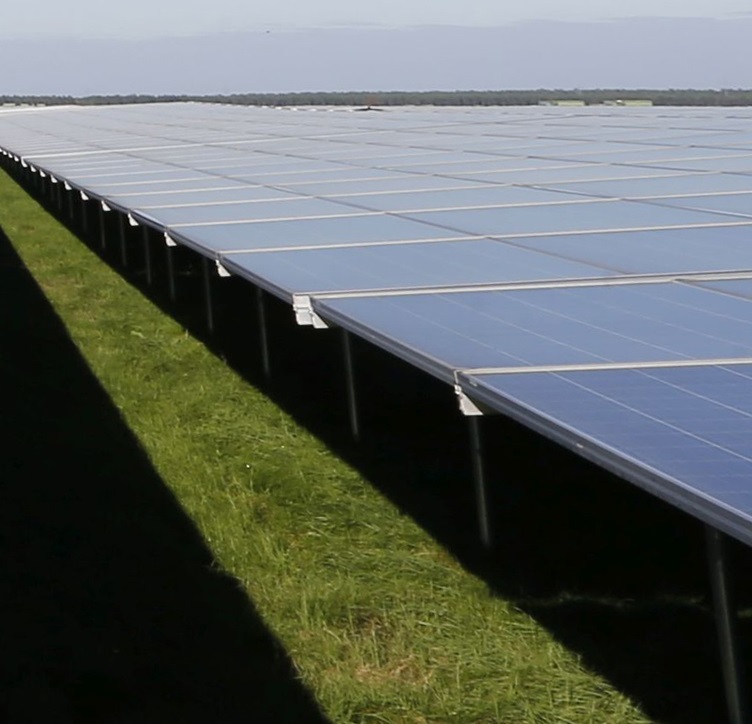 A flurry of siting approvals in Ohio this summer highlights the rapid growth in solar across the Midwest and PJM market areas.

Ohio gets most of its power from gas, coal and nuclear plants but there is now "significant demand" for long-term renewable energy power purchase agreements (PPAs), David Little, Managing Director, US at developer Innergex Renewables, said.

"We see many different types of large-scale energy buyers, including retail businesses, warehouses and distribution centres, and data centers," Little added. "These buyers have corporate sustainability goals and are seeking to procure renewable energy to achieve them."

Ohio had around 500 MW of installed solar capacity at the start of 2021 and is forecast to install 3 GW of capacity over the next five years, according to the US Solar Energy Industry Association (SEIA).

Based on current market activity, growth could be even higher. Some 4 GW of solar projects in Ohio applied for grid connection in April-September 2020 alone, PJM figures show.

A growing number of coal plant operators are closing their facilities due to falling renewable energy costs and tightening environmental regulations, opening the door for more solar and wind capacity.

As growth surges, developers will need to mitigate growing interconnection challenges that are hampering projects across the regional PJM network.

US solar developers installed around 5 GW of capacity in the first three months of 2021, a record for the first quarter and 46% higher than the same period in 2020, according to the latest U.S. Solar Market Insight report from the SEIA and Wood Mackenzie.

The economic rebound from the Covid-19 pandemic has hiked the cost of some solar components but experts predict costs will continue to fall over the long term on technology advancements and improved layouts and installation practices.

Levelised cost of US utility-scale PV by market

Ohio's large flat land areas allow developers to maximise economies of scale and there is growing support from local communities and farmers.

“Local landowners and farmers contact us to develop solar energy projects that are supported by community members," Little said.

On top of land payments, construction jobs and maintenance roles, large solar projects can "contribute millions of dollars to local schools, counties, and townships for the 30-year life of the project," he noted.

Recent coal plant closures in Ohio indicate the huge potential for solar in the region. Ohio's nine coal plant units provide around 10 GW of capacity and generated 37% of in-state power generation in 2020, according to data from the U.S. Energy Information Administration (EIA).

Houston-based coal plant operator GenOn and Texas-based Vistra recently announced closures of Ohio coal plants that have become uneconomic. Across the US, many solar developers are now seeking to build on or next to closed coal plants to use existing grid links and avoid permitting and connection challenges.

As demand for renewables surges, delays to grid interconnection have become a key risk for solar and wind developers.

The Ohio power grid is part of the PJM network that spans 13 states in central and eastern US. Last year, solar capacity in PJM interconnection queues hiked by around 40 GW, the largest rise of any US market, data from the Lawrence Berkeley Laboratory (Berkeley Lab) shows.

A lack of transmission capacity and slow approval processes are hampering projects. Developers have urged PJM to prioritise quality projects and accelerate the planning procedures between different parts of the grid.

"We sometimes experience delays...the interconnection process often impacts the timeline of projects," Little said. "The timeline depends on the region and local tariff."

As solar and wind claim a growing share of the US power market, many solar developers are now including energy storage to access higher prices during evening peak demand.

In PJM, the demand for energy storage on solar projects remains relatively low but this could change as solar capacity grows and dents daytime power prices. Some 19% of solar capacity in the PJM queue at the end of 2020 were solar-storage projects, compared with 89% in California's CAISO network, where solar penetration is higher, the Lawrence Berkeley Lab said in May.

“There was limited demand for energy storage capacity at our Hillcrest or Palomino projects,” Little said.

"[In PJM] there is such strong demand for [renewable power] during the day, that the value of shifting to the evening hours has not yet fully developed," he said.

"As the market evolves, it will be interesting to see how the buyer’s needs change.”