Join us in fight against slavery, says Co-op

The Co-op has released its first Modern Slavery Statement, vowing to go far beyond what is required by UK legislation to prevent the modern scourge of human trafficking and exploitation from entering its supply chain.

Paul Gerrard, group policy and campaigns director for the Co-op, said in an interview that slavery has always been an important issue for the Co-op’s 4.3 million members. This dates to 1862, when the Co-op’s founders, on behalf of 5,000 Lancashire cotton weavers, sent a letter supporting Abraham Lincoln’s blockade of cotton from southern states in his fight against slavery, despite the fact the blockade had led to starvation for thousands of laid-off Lancashire mill workers and their families. It was an act of solidarity that Lincoln described as “sublime heroism not surpassed in any age or in any country”.

Gerrard pointed out that slavery is even more prevalent today than in Lincoln’s time, with 3,805 victims of modern slavery rescued in the UK in 2016, a 17% increase on 2015. Yet these numbers do not reflect the true incidence of slavery: last month the Work and Pensions Committee published a report estimating that between 10,000 and 13,000 people are held in slave conditions.

Gerrard said the Co-op has led the battle for companies to take responsibility for modern slavery, and campaigned strongly for Transparency in Supply Chain Provisions to be added to the Modern Slavery Act, although the reporting requirement was not in the draft bill. Under the legislation, passed in 2015, companies are required to publish an annual statement if their annual turnover exceeds £36m. 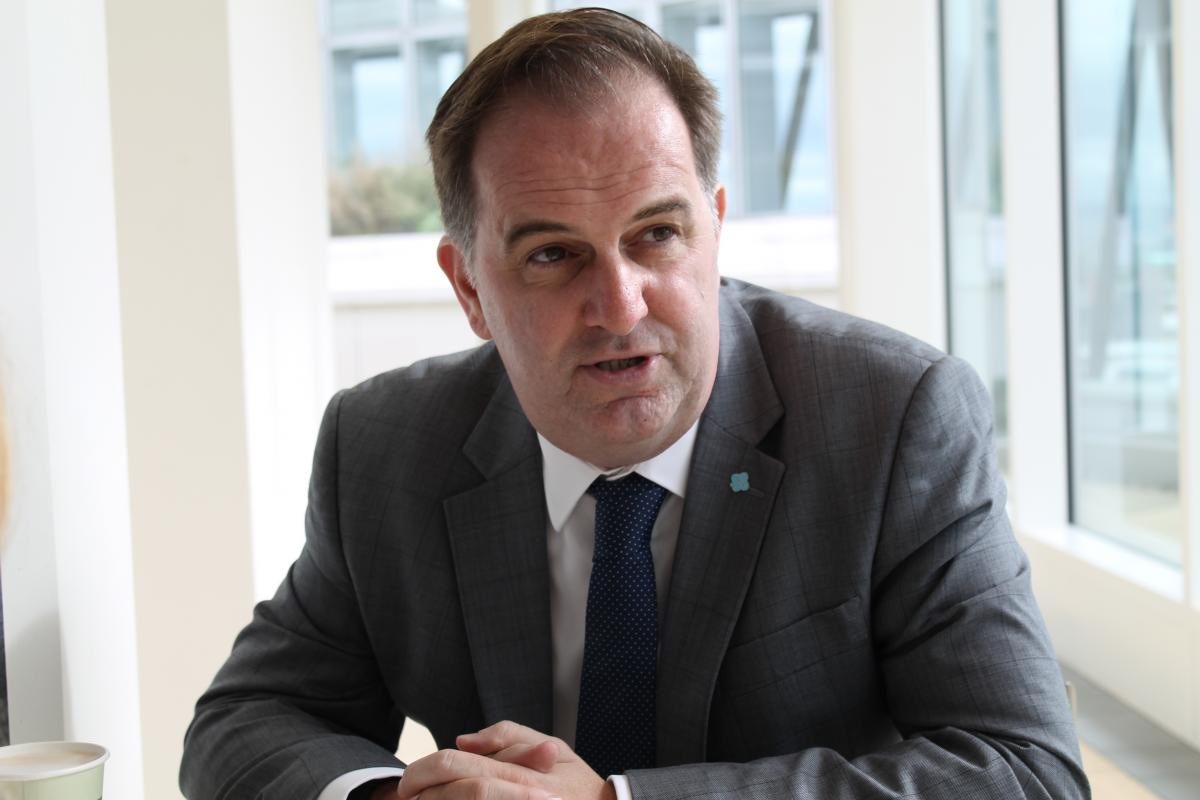 Asked what the Co-op learned through the process of compiling its modern slavery statement, Gerrard said: “What we learned, and what we will seek to improve further, is that while auditing and monitoring is really important, the real risk isn’t when the auditors are in, but the 51 weeks of the year when they aren’t there.”

He said the Co-op has had a robust approach to human rights in its food business, which accounts for 75% of its turnover, for many years. It was a founding member of the Ethical Trading Initiative in 1997, and established its Sound Sourcing Code in 1998, which is based on core international labour standards, including checks on forced labour, modern slavery, and fair treatment of workers.

All Tier 1 suppliers must complete a detailed self-assessment questionnaire on the online collaborative platform Sedex (Supplier Ethical Data Exchange), while those judged to be high risk are independently audited. The company also includes 1,000 Tier 2 sites in 70 countries in its monitoring programme, providing support and training to its Tier 1 suppliers to help them risk-assess and manage issues with their own suppliers.

“What we hope and expect is that when you build the capacity of Tier 1 [suppliers], they then begin use the same techniques and ways of working with their own suppliers and that approach cascades down,” Gerrard said. He added it would be difficult, except for the most vertically integrated companies, to drill down through a company’s entire supply chain.

In its Coop Way 2016 sustainability report the Co-op documents that 2,223 issues were raised through its auditing process in 2016, 16 of them breaching the Sound Sourcing Code Principle on “employment is freely chosen”. Gerrard said the company’s strategy is to work with suppliers to try to resolve issues. “The worst thing we can do is walk away, though it would be the easy thing to do for reputation. But it helps no one."

Having previously worked for 10 years with HMRC Customs and Excise tackling cigarette- and alcohol-smuggling and VAT fraud, Gerrard says: “I understand organised crime. Where there are weaknesses in control systems, that is what criminals will exploit.” It is the same approach the Co-op is taking in policing modern slavery in its supply chain. “A lot of our focus is on weaknesses in our systems and where there’s potential exposure [to modern slavery]. By working with our suppliers we can close those down.”

Gerrard pointed out that among the 10,000 victims of modern slavery that the National Crime Agency estimates to be in the UK, one big area is forced labour in the agriculture and construction sectors. “This will affect any major food retailer in the UK,” Gerrard said. And it is of increasing relevance to the Co-op, which last week announced a commitment to source 100% British meat.

While many people might think that the most vulnerable populations to modern slavery are refugees and immigrants, Gerrard points out that the UK, Albania and Vietnam were the biggest source countries for forced labour and people trafficking in the UK last year, with UK victims often including the homeless or people with learning difficulties. 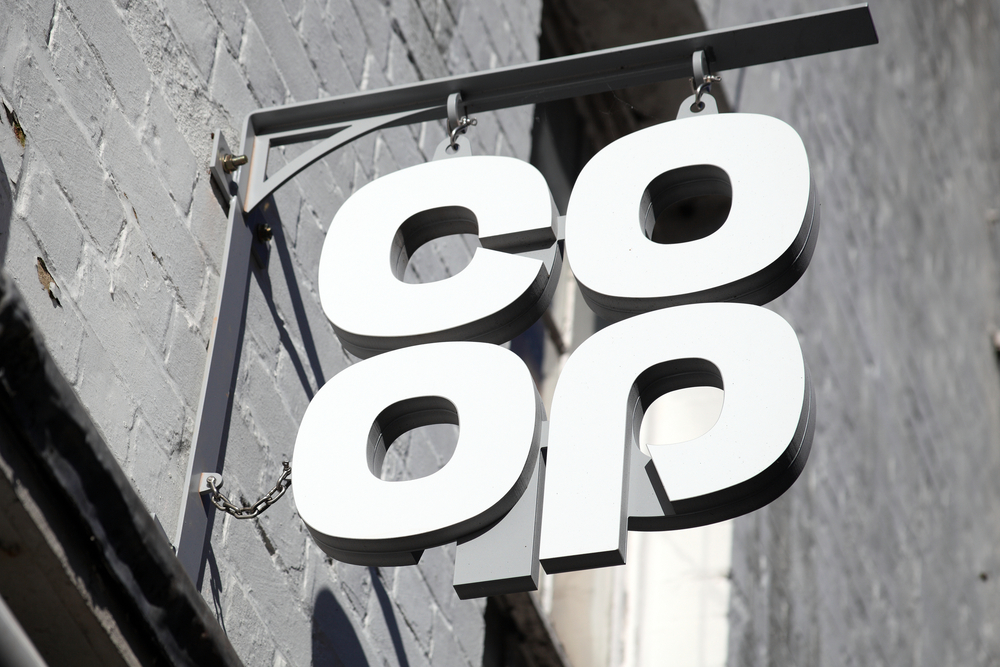 Coop is working with Stronger Together, an initiative by major food retailers that provides free guidance, tools and training for suppliers to help them address  the risk of modern slavery (See Collaboration strongest weapon against slavery).

But this year it wants to go further, and engage its suppliers and Stronger Together partners in helping the victims of modern slavery get their lives back on track. The Co-op last year began working with a charity called City Hearts, providing paid work placements and, where possible, permanent employment, to former victims of modern slavery. So far four former victims have completed its Bright Future programme and have found permanent employment, three with the Co-op.

Gerrard says the goal in 2017 is to offer 30 former slavery victims employment, and he hopes many more companies will join the Bright Future programme.  The need is great because, as the Commons Work and Pensions Committee reported last month, the UK government’s system for dealing with victims is woefully inadequate.

The chair of the select committee, Frank Field, MP, said there was “a shocking lack of awareness and co-ordination in the frontline services dealing with modern slavery. …. We don't even record instances where the same person is thrown back into this hell, even though that is surely the clearest sign of the failures in our response.”

Gerrard said: “These are victims of the most horrific acts that can ever be perpetrated on human beings ... My challenge to business is to take seriously the spirit of the Modern Slavery Act and make their supply chains hostile to slavery … but also to do what they can for the victims. This is not a proprietary issue: Any business that wants to know what we have done to support victims of modern slavery find a path to employment give me a tweet and I will send them all the information.”

Paul Gerrard (@paulgerrard1971) will be speaking at a workshop on human rights at Ethical Corporation’s Responsible Business Summit Europe7-8 June in London, where Co-op Group’s CEO Steve Murrells will also be giving a keynote speech.