In his monthly analysis of the latest sustainable investment news, Mike Scott reports on Climate TRACE, which aims to radically improve monitoring of emissions, and growing calls for more surveillance of ESG industry

A decade ago, a new thinktank published a report, Unburnable Carbon: Are the World’s Financial Markets Carrying a Carbon Bubble? The report from the Carbon Tracker Initiative introduced the idea of fossil fuel reserves and infrastructure becoming stranded assets, and suggested that four-fifths of current reserves must stay in the ground for the world to stay within its carbon budget.

The idea was almost unthinkable at the time – oil and gas companies were among the most valuable corporations globally, huge dividend payments making them stock market darlings around the world.

These days, you can’t move without bumping into an investor statement, backed by trillions of dollars of assets under management, exhorting companies to tackle climate change.

Each helps to clarify what investors expect of companies, and which companies and sectors are in the spotlight. They are also an expression of the growing amount of data becoming available to investors, and their increasing confidence that they can use it effectively in engaging with companies.

Among the past month’s announcements, the Science Based Targets initiative (SBTi) revealed that only a fifth of G20 companies have climate targets that are science-based. Among  countries outside the G7, the figure is only 6%, while Indonesia, Russia and Saudi Arabia do not have a single company with science-based targets.

The CDP disclosure programme’s latest request for information is backed by a $29tn strong group of investors calling on 1,600 high-polluting companies to set SBTs, including BASF, Lufthansa, Samsung, Hyundai and Tata Steel. 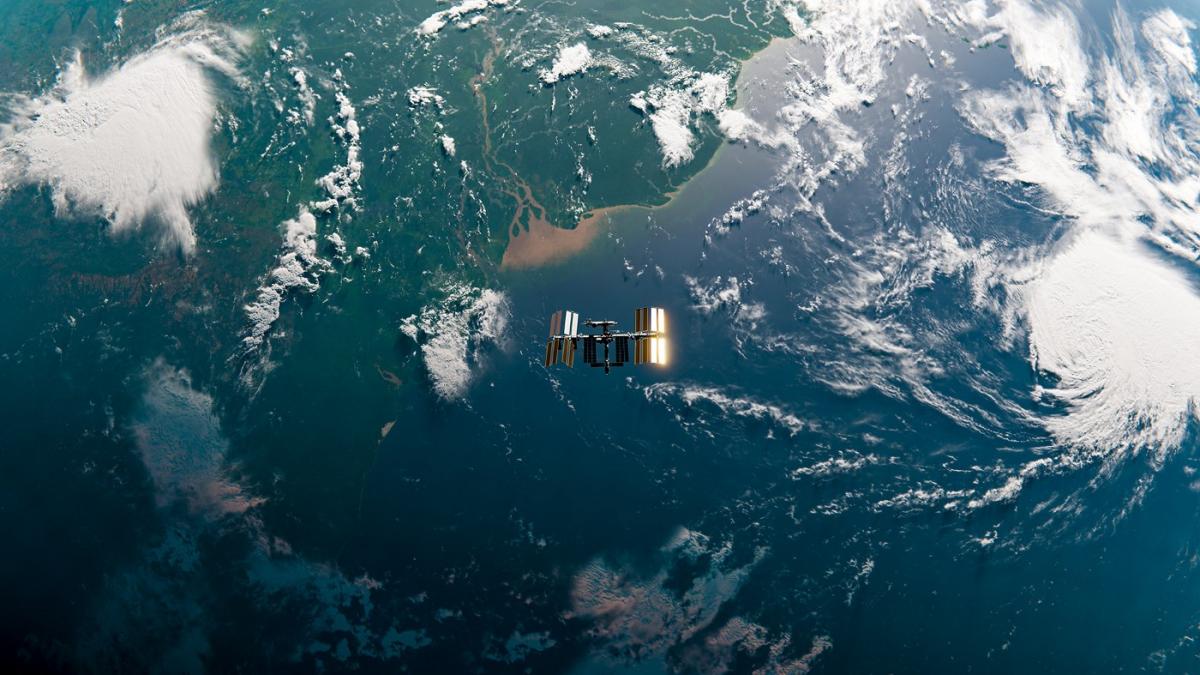 The Institutional Investors Group on Climate Change (IIGCC), a $10tn-plus group of more than 50 investors, has set out how it expects companies to tackle physical climate risks and opportunities, for example, and also highlighted 50 of the most exposed companies, including Centrica, Nestlé, Delta Air Lines and Clorox.

Meanwhile, ShareAction is forming a new $3.2tn group to engage with the chemicals sector, which is responsible for 5.8% of global emissions, but has only seen limited engagement to date from investors.

Another sector-specific initiative, the Aviation Carbon Emissions Index, launched by aviation consultancy IBA and KPMG, will publish a monthly index of the efficiency of the global commercial aircraft fleet as well as highlighting the most efficient airlines and aircraft lessors.

At the other end of the value chain, activist investor As You Sow has released its Corporate Plastic Pollution Scorecard 2021, assessing how 50 of the largest U.S. consumer-facing companies are doing on cutting plastic pollution. The report highlights the value of engagement, with significant progress being made in the number of commitments to reduce the use of virgin plastic in packaging.

Coca-Cola, the highest ranked company, was the only brand to disclose how much plastic packaging it produces, and also reported that it is 60% of the way to meeting its 2030 goal of recycling one bottle or can for each one it produces. Other high-scoring companies included Keurig Dr Pepper, Nestlé, Walmart, Colgate-Palmolive and Target, while Amazon, Costco, Walgreens, Procter & Gamble and Kraft Heinz were among the laggards.

Investors are increasingly focusing on climate risks in Asia. Six investors with a combined $4tn of assets under management, including Fidelity International, plan to step up engagement with big Asian companies such as banks and energy producers to ensure they have a road map to meet climate change targets. Initial engagement will focus on carbon risk and coal at banks and power companies.

This is joined by the Net Zero Investment Consultants Initiative, whose 12 members advise on assets of around $10tn. We are getting ever closer to an end-to-end process dedicated to aligning investment decisions with net-zero goals.

This more joined-up thinking is reflected in the growth of the green bond market, which saw issuance equivalent to 75% of 2020’s total in the first half of 2021 and is set to break $500bn for the first time, boosted by sovereign issues from the likes of the EU and the UK. 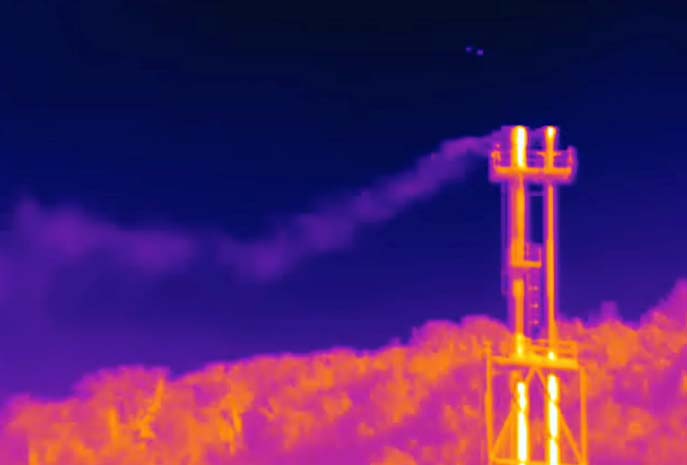 Thermographic footage shows what appears to be methane leaking from a chimney stack. (Credit: CATF/James Turitto/Reuters)

What Carbon Tracker started shows no sign of ending, with InsureWatch hailing a stronger policy on exiting coal insurance from Japan’s Tokio Marine Holdings, while Chubb became the 16th insurer to stop insuring oilsands projects. In other developments affecting Canadian fossil fuel producers, CDPQ announced plans to exclude oil producers by the end of 2022 and the Ontario Teachers’ Pension Plan set “industry-leading” targets to reduce portfolio carbon emissions intensity by 45% by 2025 and two-thirds (67%) by 2030, compared wityh its 2019 baseline.

Besieged oil and gas producers face renewed pressure to cut methane leaks after the U.S., EU and UK announced plans to tackle emissions of the gas, whose impacts in the short term are 84 times more harmful to the climate than CO2. Argentina, Indonesia, Italy and Mexico also joined the alliance, while Ghana and Iraq signalled interest in joining, and more are likely to sign up before or during COP26.

Another $10tn grouping, convened by the IIGCC and the Transition Pathway Initiative, set out a standard for net zero transition plans in the oil and gas sector, stressing the need for “comprehensive absolute and intensity emissions reduction targets, which cover all material emissions”. It acknowledges “winding-down” as a legitimate strategy, as well as diversifying energy offerings or working through a company’s value chain to reshape demand.

Significantly, a core group of leading (mainly European) oil and gas companies, including BP, Eni, Repsol, Shell, Total and Occidental, will pilot the standard to prepare for wider adoption across the sector.

For an indication of what such pressure means to companies, take a look at the coal sector.

Although soaring power prices are leading to a resurgence of the world’s dirtiest fuel, at least in the short term, (See Kerry tells world leaders to ‘stop the BS’ and lift ambition at Glasgow) E3G reports that the global pipeline of proposed coal power plants fell by 76% since the Paris Agreement was signed, with 1,175GW of planned plants cancelled since 2015.

Australian mining group BHP is discovering that offloading its coal, oil and gas assets is not enough to placate investors. Influential proxy adviser Glass Lewis recommended that shareholders vote against the company’s Climate Transition Action Plan, because of concerns it is not rigorous enough. Investors will no longer approve plans just because they have been given a vote on the issue.

And the company set up to house BHP’s coal assets, South32, supported a resolution from the Australasian Centre for Corporate Responsibility (ACCR), calling on its industry associations to align their advocacy with the Paris Agreement. For a coal company, and an Australian coal company at that, this is a significant development. 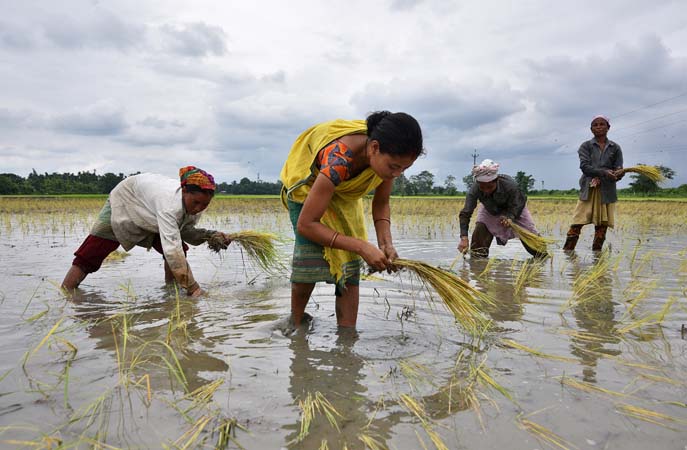 Highlighting the impression that polluters have fewer places to hide is the launch of Climate TRACE, which revealed the “world’s first comprehensive accounting of global GHG emissions based primarily on direct, independent observation”.

The system, which is run by a coalition of 11 non-profits, tech companies and universities, uses satellites, remote sensing, AI and machine-learning to build a comprehensive emissions record that “identifies precisely when and where emissions are produced”. Expect investors and civil society to use this information to pressure companies to make further cuts.

Cliimate TRACE reveals, for example, that emission from oil and gas production and refining may be double what was previously thought, while shipping and aviation combined are the fifth-largest emitter in the world.

It also highlights that emissions from forest fires in Russia and the U.S. have doubled since 2015, while emissions from rice production in India are almost triple the most recent official figures in 2016.

The need for surveillance of the ESG industry itself was highlighted by the OECD in a report ahead of the October meeting of the G20.

The OECD said “considerable challenges” need to be overcome for funds invested using ESG criteria to help in meeting international climate objectives. The OECD warned that the variety of approaches to assessing ESG issues, inconsistent data and a lack of comparability between rating methodologies “could compromise market integrity, erode investor confidence, and mask the extent of environmental and climate-related impacts of investment decisions”.

The OECD’s warning came after a slew of other critical reports. French business school Edhec published a study saying that climate-focused ETFs (exchange-traded funds) allocate little money to the greenest companies and often increase the weighting of firms even as their environmental performance deteriorates.

Another, by  corporate governance advocates OCEG, found that more than half of executives in a survey expressed little or no confidence in the reliability or maturity of their ESG programmes.

Meanwhile, a review by Carbon Tracker and the Climate Accounting Project of 107 global companies in carbon-intensive sectors found that companies frequently omit information about critical climate-related risks from financial statements, often with “considerable” inconsistencies in disclosures they report elsewhere.

More than 70% of the companies, in sectors including energy, cement and transport, did not indicate whether they had considered climate when preparing their 2020 financial statements. 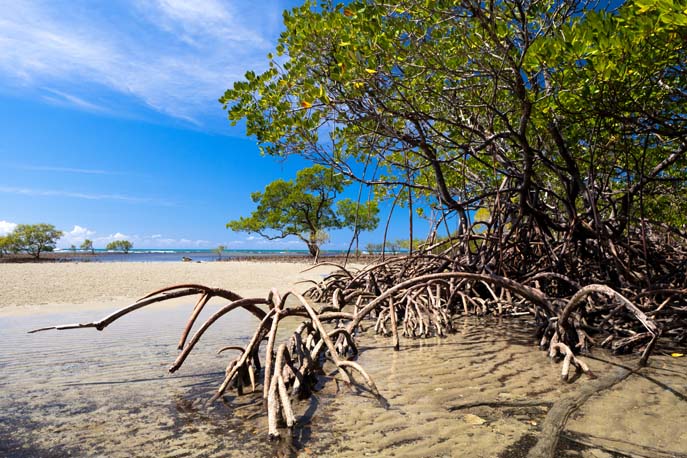 Auditors rarely noted these discrepancies, even in cases of “considerable observable inconsistencies”, it added. The risk was that investors “can’t make effective capital allocations decisions”, since companies may be overstating assets or understating liabilities, said Morgan Slebos, director of sustainable markets at the Principles for Responsible Investment.

Against this backdrop, a group of global private equity firms and pensions funds managing over $4tn in assets said recently that they have agreed to standardise reporting ESG performance of portfolio companies.

Under the initiative, private equity firms will gather and report ESG metrics from their portfolio companies, starting from this year. Boston Consulting Group will aggregate the data into an anonymised benchmark.

Launched in June, it announced a panel of executives from 35 companies including HSBC, BlackRock, Nestlé, Holcim and Swiss Re, who will create a new draft framework to be launched in early 2022.

Even before that, though, nature-based solutions were starting to emerge. Earth Solutions is working with HSBC Australia to create a new Mangrove Bond to “leverage the coastal protection value of mangroves”, which provide an estimated $65bn in storm and flood protection to coastal properties around the world every year and sequester carbon up to 400% faster than tropical rainforests, as well as boosting fisheries.

Main picture: IATA has approved a resolution for the aviation industry to achieve net zero by 2050. (Credit: VanderWolf Images/Shutterstock)

This article is part of the October 2021 issue of Sustainable Business Review. See also:

Chad Holliday: ‘Hard-to-abate’ industries have to pull their own weight on tackling climate change