In the latest issue of The Sustainable Business Review, Mike Scott looks at the implications of the Inflation Reduction Act, Angeli Mehta hears calls for more honest dialogue with citizens on climate action, Oliver Balch interviews Thomas Maddox of CDP and we have guest columns from Mindy Lubber and Rachel Kyte

August is known in the journalism trade as the “silly season”, where reporters dig deep to fill column inches as the world and his/her dog turn on out-of-office notifications and head to the beach.

This summer was somewhat different, with the U.S. president, Joe Biden, ambushing a somnambulant Washington D.C. by rushing out what the World Economic Forum describes as “the most meaningful climate bill ever passed in the U.S.”

The Inflation Reduction Act was passed into law with breath-taking speed, leaving analysts and commentators pulled in off their summer vacations scrambling to assess its seismic implications for U.S. politics and economy, and for the world’s biggest greenhouse gas emitter’s climate ambitions.

As Mike Scott reports in his ESG Watch this month, back after a little summer break of our own, the “historic” bill is expected to help total investment in renewables in the U.S. reach $1.2 trillion by 2035, and cut emissions 40% by 2030.

But the “made-in-America” approach, which relies on hefty subsidies and domestic content rules to boost U.S. companies, runs counter to the rest of the world, in particular Europe, which uses carbon pricing as its main policy lever.  Some commentators say the act could trigger trade disputes, while others hope it will lead to a new era of international cooperation on climate action. 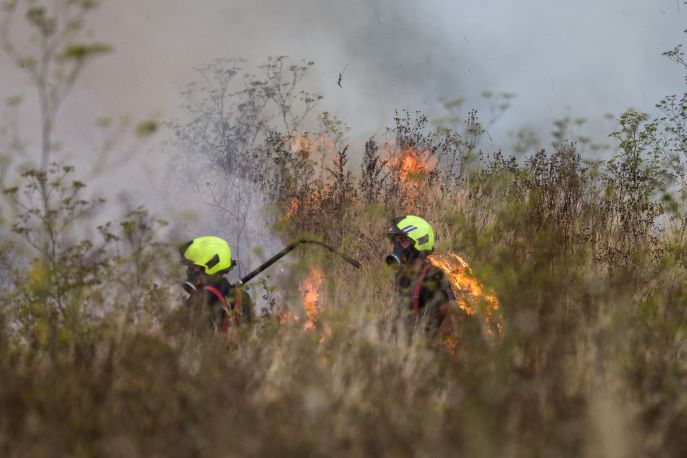 In her Policy Watch column, Angeli Mehta notes the curious reluctance of governments to engage with their citizens over how to best tackle climate change, despite the summer’s extreme temperatures and sky-high energy costs from the Ukraine war. She points out that even in the U.S., considered a hotbed of climate change denialism, polling suggests that a solid majority of citizens, 58%, believe the government is not doing enough to address climate change, and only 18% say it is doing too much.

In the latest in a series of interviews with leading sustainability practitioners, Oliver Balch talks to CDP’s head of forests and land, Thomas Maddox, and finds him optimistic about the implications of new developments in corporate reporting.

And we have two authoritative commentators writing guest columns for us this month: Mindy Lubber, chief executive and president of sustainability non-profit Ceres, and Rachel Kyte, dean of The Fletcher School at Tufts University.

It’s good to be back after our summer break, and we are looking forward to an exciting autumn ahead in the runup to COP27. 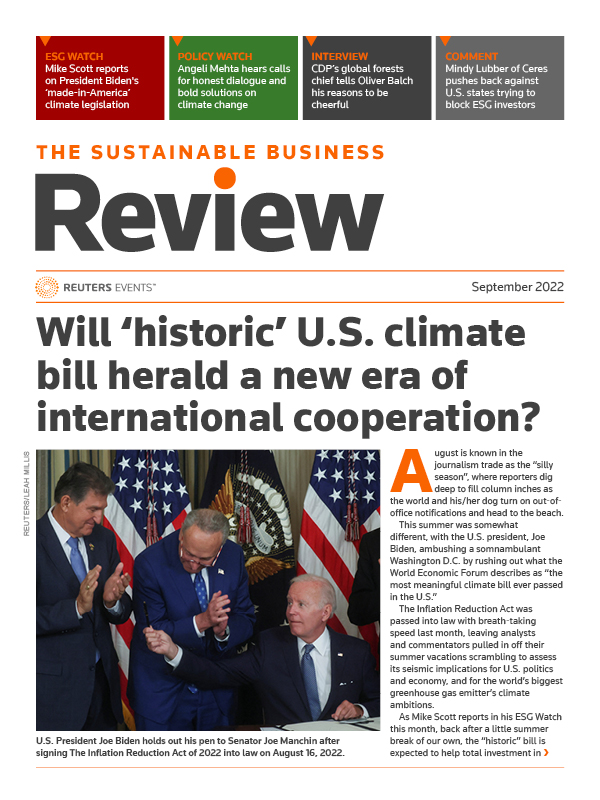 Can business bridge the yawning gap in finance for natu...
Calls grow for companies to disclose nature impacts in ...
‘We are sliding from climate crisis to climate disast...
Brand Watch: Things go badly for Coke, as activists att...
comments powered by Disqus