Governments will have to take the public with them if they are to make progress on solutions, writes Angeli Mehta

An extreme heatwave that sent temperatures to 40 degrees Celsius for the first time in the UK, prolonged drought conditions imperilling food production and water supplies, sky-high energy costs. These are exactly the factors that might lend themselves to a public dialogue on climate change, and how to tackle it. Instead, there’s been silence.

The UK government’s net-zero strategy recognised the importance of public engagement and set out a series of commitments and principles including sending clear regulatory signals and presenting a vision for getting to net zero.

But in its progress report to parliament in June, the government’s climate advisor, the Climate Change Committee, said there was no overarching plan for how to engage people and no communications strategy to help them understand the changes the government is proposing and how best to promote the benefits of net zero. Reaching out to households (and business) is critical because their actions are now essential to decarbonise.

While opinion polling in the UK suggests citizens are more worried about climate change following July’s heatwave, they’re not any more willing to make lifestyle changes (like buying an electric car or eating less red meat) to tackle climate change. This suggests the government has its work cut out.

The bulk of the emissions cuts achieved already have been unseen, through changes to the energy grid, but what must come next will mean all of us adapting.

Jacob Ainscough, an environmental social scientist at Lancaster University, believes the government “has not been upfront with people”.

He thinks there’s a general hesitancy within government to be seen to be telling people what to do, coupled with a belief that technology will come to the rescue instead. This has stymied “any sort of public conversation about the choices we have to make … about how we make those decisions, (and) what those changes look like”. 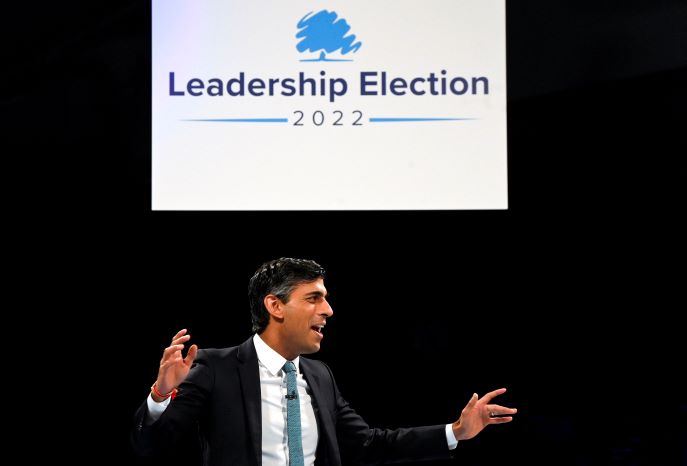 Ainscough adds that the government has not asked the public to fly less to cut emissions but is placing its faith in innovations such as electric aircraft. Such a strategy doesn’t impact behaviour.

Then there’s the response to the energy crisis. While so much focus is rightly on alleviating hardship, fossil fuel subsidies are still in place: witness Rishi Sunak’s decision when he was chancellor to offer oil and gas companies a tax rebate if they invest in new infrastructure. There’s no discussion of demand-side measures that could cut consumption and simultaneously reduce emissions.

“You would think it’s the opportunity to come up with bolder policy ‒ ramping up insulation rates and (installing) low-carbon heat appliances in the next five to 10 years – because you can frame it within the context of what's going on and the need to move away from gas,” suggests Ainscough.

Another elephant in the room is infrastructure: it’s not possible to get people onto buses if the buses aren’t there

But there’s an information gap too – knowing what needs to be done on energy efficiency, for example, and where to go for that information. The government also has to find ways of overcoming inertia.

Another elephant in the room is infrastructure: it’s not possible to get people onto buses if the buses aren’t there, or onto bikes if there aren’t safe places to cycle. Chandrima Padmanabhan, programme manager for Europe at the Centre for Public Impact, has found that typically governments try to identify incentives or disincentives to people taking up proposed interventions (like cycling), as opposed to their capacity to respond, such as whether they have been taught to ride a bike.

At Lancaster, Ainscough and his colleagues are trying to change perceptions of what public engagement means so that information flows both ways, stimulating a dialogue about potential solutions. 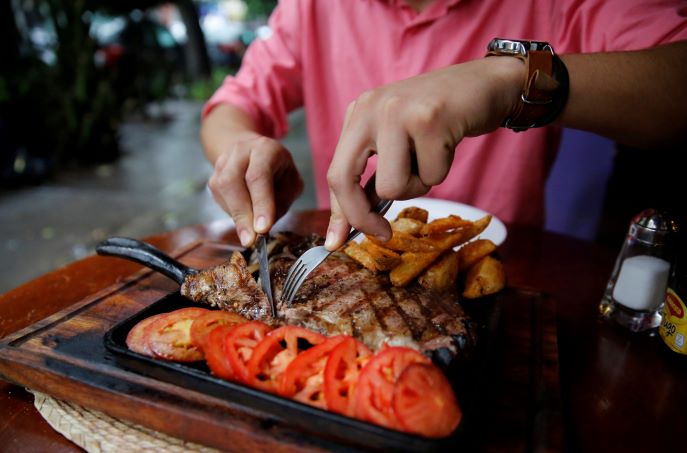 Many people in the UK are not prepared to make lifestyle changes like eating less red meat. (Credit: Henry Romero/Reuters)

How can such dialogues be achieved? One mechanism is a climate assembly, where randomly selected individuals come together to learn about the climate crisis and make recommendations. They can help politicians gather information and understand potential flash points so they cadevelop better policy.

The Dutch government has just announced plans to set up an assembly. A climate assembly in France did ultimately help shape a wide-ranging climate law, even though many of its recommendations were watered down or dropped.

The UK also convened a climate assembly in 2020. It’s not clear whether policy will be influenced by its deliberations, although the Climate Change Committee did take them into account when formulating some of its recommendations to government.

Implementation is the biggest gap, says Padmanabhan. While national dialogues give legitimacy to the importance of issues such as climate change, governments also need to signal that they see climate as an emergency that warrants urgent action, she adds.

Then there are structural issues to tackle to give cities the resources to address climate change and engage their citizens. From Padmanabhan’s experience,  “the most helpful conversations are had closer to the ground”.

Ainscough suggests much more targeted approaches are now needed in the UK, where there is more consensus than some other countries on the direction of travel. So, how are we going to decarbonise heat (for example), as opposed to considering climate change as one single issue. 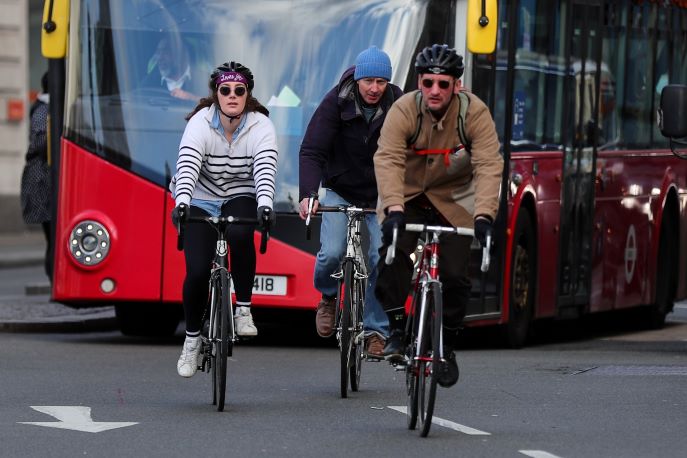 It's difficult to get people onto bikes if the roads aren't safe for cyclists. (Credit: May James/Reuters)

But citizen assemblies might be fruitful where citizens are split along ideological lines.

The United States is generally viewed as being a hotbed of climate change scepticism, but a recent survey from the Pew Research Center (carried out before President Biden won backing for climate legislation) indicates that view may be outdated, as Americans are increasingly exposed to extreme weather events.

A survey of 10,282 U.S. adults, carried out in May this year, found that 71% of Americans have experienced extreme weather in the past year.

A majority of Americans (58%) think the federal government is doing too little, while only 18% say it is doing too much on climate change

Perhaps the broad support for measures such as requiring power companies to use more renewables (72%), and massive tree planting programmes (90%) could be used as a starting point for dialogue.

In the U.S., as in Europe and elsewhere in the world, whatever approach governments decide to take, public engagement is urgently needed.

This article is part of the September 2022 issue of The Sustainable Business Review. See also:

Comment: ‘The backlash to climate-smart investing in the U.S. is based on a blatant lie’

Comment: ‘We have the solutions to give everyone access to cooling, but we need to act now’

‘Ethical Corporation has been a beacon of light in a ...
ESG Watch: Pockets of progress, but still far from wher...
Policy Watch: ‘Slow and timid UK’ needs to focus on...
Policy Watch: Substance on climate action in short supp...
comments powered by Disqus