Mike Scott reports that the Inflation Reduction Act will have a transformative impact on U.S. emissions, but risks trade disputes over protectionism

The Biden administration’s flagship climate change legislation had been gridlocked since the start of his presidency, with little prospect of making it onto the statute books.

And then, out of the blue, what the World Economic Forum (WEF) calls “the most meaningful climate bill ever passed in the U.S.”, was swiftly introduced and passed into law last month under a new moniker of the Inflation Reduction Act (IRA).

The act, which includes provisions for healthcare and corporate tax, came as a complete surprise to almost everyone – not just because it happened, but because of its scale.

The $369 billion earmarked for clean energy and climate change mitigation initiatives in the act is expected to cut U.S. greenhouse gas (GHG) emissions by about 40%, compared with 2005 levels, by 2030, closing two-thirds of the gap between what current policies will achieve and where the United States needs to be in order to cut emissions by 50%.

“The IRA is historic in nature,” says Anne Kelly, head of policy at sustainable investment group Ceres. “It is fundamental to investment in the clean economy.”

The key to its success is that “it is carrot, not stick”, says Kelly. “It sends all the right investment signals and it will bolster the ability of companies to meet their science-based targets.”

The IRA builds on $110 billion of climate and energy funding in the Infrastructure Investment and Jobs Act (IIJA) adopted in late 2021, and according to Wood Mackenzie, will help total investment in renewables to reach $1.2 trillion by 2035. 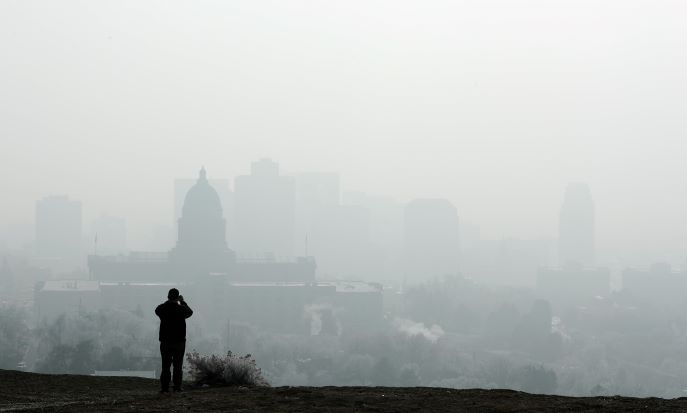 Among the big winners will be “multiple sources of clean energy, including energy storage, nuclear power, clean energy vehicles, hydrogen and CCUS (carbon capture, utilisation and storage),” says the WEF. The fledgling direct air capture (DAC) industry should also be kick-started by new tax credits, along with sustainable aviation fuels.

Indeed, with incentives of up to $7,500 for new purchases and up to $4,000 for used cars, along with up to $40,000 for commercial vehicles, electric vehicle adoption will accelerate by five years, BCG says. This should lower the price of passenger and heavy-duty vehicles, although in the near term this could be constrained by bottlenecks in supply chains. By 2030, close to half of all light vehicle sales will be electric, Boston Consulting Group (BCG) estimates.

By disqualifying battery materials from China and Russia, the act also aims to encourage a domestic battery manufacturing industry. “The intent is very clearly to build a robust domestic supply chain, or ‘friend-shoring’ in countries with a free trade agreement with the U.S., especially in mobility,” says Nathan Niese, electric vehicle and advanced batteries lead at BCG.

We expect to see an acceleration in the energy transition in the U.S. as a result of this

“We expect to see an acceleration in the energy transition in the U.S. as a result of this,” says Isabella Hervey-Bathurst, a climate change investor at Schroders. “The modelling doesn’t account for potential follow-on action: companies, cities and states raising their decarbonisation ambitions as a result of the measures. Given the impact the policies will have on affordability of clean energy and other clean technologies, it is totally conceivable that there will be follow-on action from other players.”

The IRA’s main vehicle for encouraging clean energy spending is around $60 billion of tax credits and incentive funding, which are specifically intended to create investment multiplier effects. By extending tax credits to 2033, the act takes away the uncertainty associated with the current system, which deters investment because the credits expire every few years.

Tax credits will cut the cost of onshore wind by 63%, offshore wind by 42% and solar power by 49%, BCG calculates. The nascent offshore wind sector could grow 500 times by 2030, with onshore doubling and solar installations increasing four to six-fold. Non-residential storage is also expected to grow 40-50 fold. 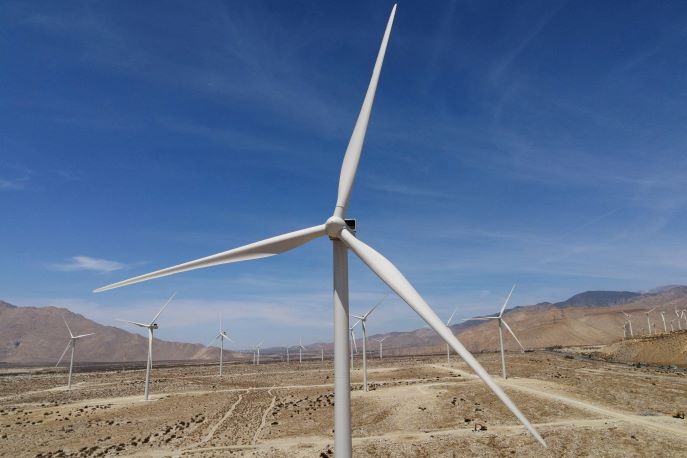 And in a little-noticed clause, the IRA has deftly neutered the Supreme Court ruling that curtailed the Environmental Protection Agency’s ability to cut emissions. While the court said that Congress had never expressly given the agency the power to move the American economy away from relying on fossil fuels, the IRA amends the Clean Air Act to define CO2 and other greenhouse gases as “air pollutants”, bringing it back within the purview of the EPA. The moves means the agency can encourage greater use of renewable energy and clean technology as well as cutting emissions from power plants. It is also likely to leave the agency less vulnerable to future legal challenges.

One thing the legislation notably does not embrace is pricing carbon, the approach taken by the European Union and the UK, as well as a number of corporations. But, as Professor Gary Yohe, professor of Economics and Environmental Studies, Emeritus at Wesleyan University, points out in The Hill, “the US Congress (particularly the Senate) is allergic to taxing carbon. Indeed, five carbon pricing and revenue-sharing bills have been proposed in this 117th Congress, but none of them has come anywhere close to the president’s little signing desk”.

The IRA combined with REPowerEU, brings a unique opportunity for a major solidarity value between the EU and U.S.

BCG says the new U.S. legislation on climate and energy could trigger policy actions from other nations, such as the introduction of new subsidies or tit-for-tat domestic-content rules.

One concern is that the IRA ends tax credits for electric vehicles assembled outside North America, excluding 70% of the 72 EV models that were previously eligible.

According to Reuters, South Korea is looking to join forces with the EU to address the threat, and mulling whether to complain to the World Trade Organization over the measures. 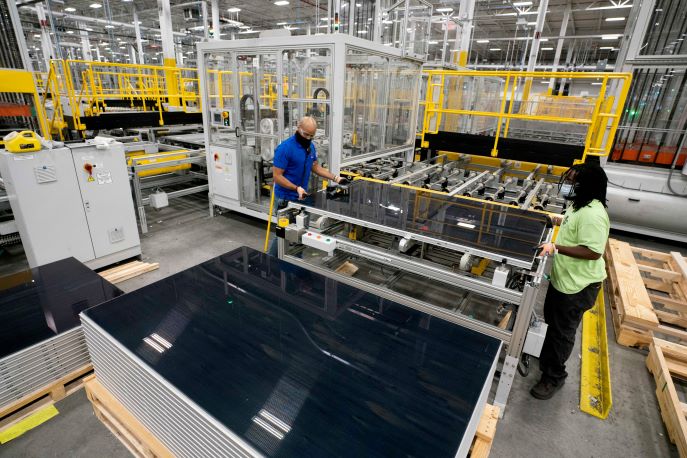 But others suggest the new rules could lead to a new era of international cooperation.  “The launch of the Inflation Reduction Act, combined with REPowerEU, brings a unique opportunity for a major solidarity value between the European Union and the U.S.A,” said Keith McGrane , chief executive of Ireland-based Corre Energy, which is looking to scale up its long duration energy storage business in Europe.

“The two geographies have similar ambitions and are putting extraordinary levels of funding and regulatory support into creating a proper framework for realising electricity storage and green hydrogen as enablers to accelerate renewables.” he says. “These parallels will accelerate the move towards renewable energy, creating an opportunity for a trans-Atlantic alliance for the energy transition.”

The jury remains out on whether the IRA will reduce inflation, but its impact on U.S. clean energy investment is set to be huge.

This article is part of the September 2022 issue of The Sustainable Business Review. See also:

Comment: ‘The backlash to climate-smart investing in the U.S. is based on a blatant lie’

Comment: ‘We have the solutions to give everyone access to cooling, but we need to act now’

Policy Watch: Europe beefs up Green Deal in bid to parr...
ESG Watch: How the ‘global stocktake’ will force in...
Can business bridge the yawning gap in finance for natu...
Pact to decarbonise heavy industry through corporate pu...
comments powered by Disqus