It’s no easy thing to grapple with the huge and complex issue of human rights. As Unilever itself says, its “first of its kind” Enhancing Livelihoods, Advancing Human Rights report assesses some of the challenges the company (and many companies of its size and global status) face when trying to balance human rights with economic imperatives.

Unilever used the United Nations Guiding Principles Reporting Framework (UNGP) on human rights to create this report, saying that now is a fitting time to further the discussion on human rights, in advance of climate meetings in Paris in December and with the anticipated effects climate change will have on the poorest communities in the world.

While Unilever is a “first adopter” of the UNGP Framework, other companies are getting ready to follow: Swiss food group Nestlé, telecoms giant Ericsson, US mining group Newmount, Swedish fashion retailer H&M, and Dutch bank ABN-Amro are all working on reporting, and the authors of the guidelines expect many others to follow. This surge in reporting is in part spurred by a European Union directive from October 2014 that requires that around 6,000 large and listed European companies start disclosing non-financial information, including human rights performance, by 2017. 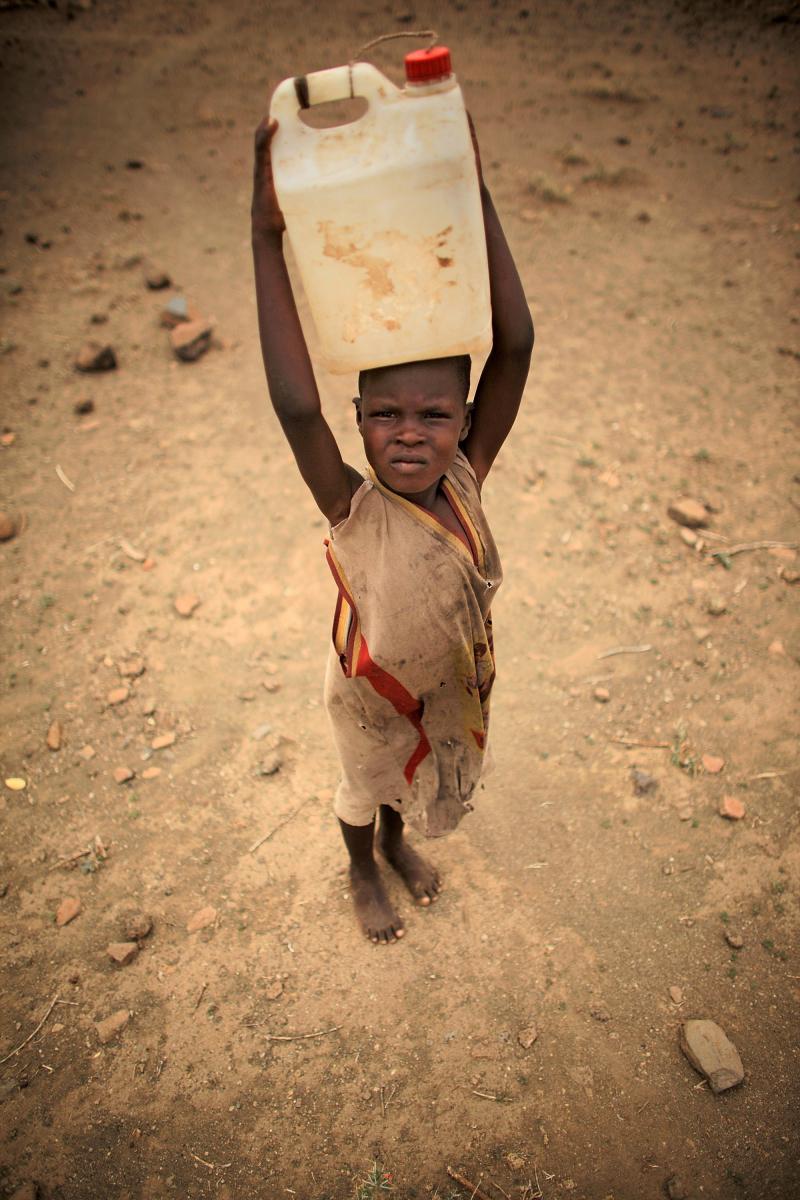 The 68-page report from Unilever includes a covering letter from chief executive Paul Polman, followed by some of the key milestones of Unilever’s work thus far on human rights. The report thoroughly responds to the 31 “smart questions” that comprise the UNGP Framework. The questions get to the heart of what a company says about its commitment to human rights; how it demonstrates that commitment; and what specific policies and processes help it make social progress.

Unilever says its human rights report is a natural progression from the work it has been doing internally with its Sustainable Living Plan and its most recent sustainability report, which formalised the company’s commitment to human rights and started the process it is now undertaking.

“We’re striving to build a company that represents a responsible and successful business model, in which business exists to serve – not take from– society,” says Marcela Manubens, global vice-president for social impact at Unilever. “[The] commitment to this ambition is reflected in the fact that they created my role, which promotes Unilever’s impact across our value chain.”

Good sustainability reports tend to set ambitious goals and identify solid targets. This is perhaps trickier with human rights issues, and this first Unilever report reads longer on narratives and noble-sounding pledges – “Create a framework for fair compensation”, for example – and shorter on the most efficient steps and timeframes for steps toward the goals.

Within the report’s sections on land rights and working hours there seems little substance in terms of goals or targets. With wages, Unilever analyses compensation models across the nearly 200 counties it operates in, and “identified a small number of immediate concerns” which the company says it is “addressing”.

Immediately before this report’s release, Unilever had a chance to show its commitment to address working and wage conditions for migrant labourers in its supply chain. In June the company’s Ben & Jerry’s ice-cream subsidiary signed a labour agreement with the Migrant Justice non-profit group to start to work towards a legally binding commitment to guarantee a “decent livelihood” for migrant workers in its dairy supply chain.

In the area of harassment, Unilever’s report details steps it is taking at one site to make women workers feel safer. The company says harassment was the “highest internally reported salient issue” in terms of code of conduct breaches in 2014, with far more women reporting than men. The company launched three initiatives during the year at its Kericho, Kenya, tea plantation to combat the types of harassment the company says are endemic in agriculture. Monthly Safety Talks and training exercises are combined with a 1,000-person group of ambassadors engaging other peers on topics of sexual and other harassment.

Transparency, of course, is the first step in any reporting efforts, and Unilever should get full kudos for agreeing to pilot this UNGP Framework and do the necessary work to gather information across its huge operations (76,000 suppliers, 172,000 directly employed, sales in 190 countries). The report is very explicit about Unilever’s process in finding out what its most important human rights impacts are, and open about the complexity of the issues.

Julie Schindall, senior adviser to Shift, a human rights non-profit group that helped shape the principles and the UNGP Framework, says Unilever’s early adopter status commits the company to report its learnings. “One thing to keep in mind is [Unilever] has committed to both using the Framework and also to sharing its learning about the experience back to the UNGP Reporting Framework project team,” Schindal says.

Unilever’s process is a necessary benchmark for other corporate efforts, and it wasn’t all plane sailing. Social impact vice-president Manubens says a major difficulty in creating the report was the lack of centralised internal data needed “to conduct a representative year-to-year progress analysis”. At times, she adds, “it has also been uncomfortable to discuss some of these challenges in a public forum … often transparency has been penalised.”

Unilever has begun working on improved data collection as well as verification and analysis of the data to feed it into future human rights reports. Shepherding human rights is now part of society’s expectation for corporations, which have growing influence on all our lives. By following the UNGP Framework and reporting on human rights, Unilever has taken a courageous step in coupling its economic success with positive social impact. 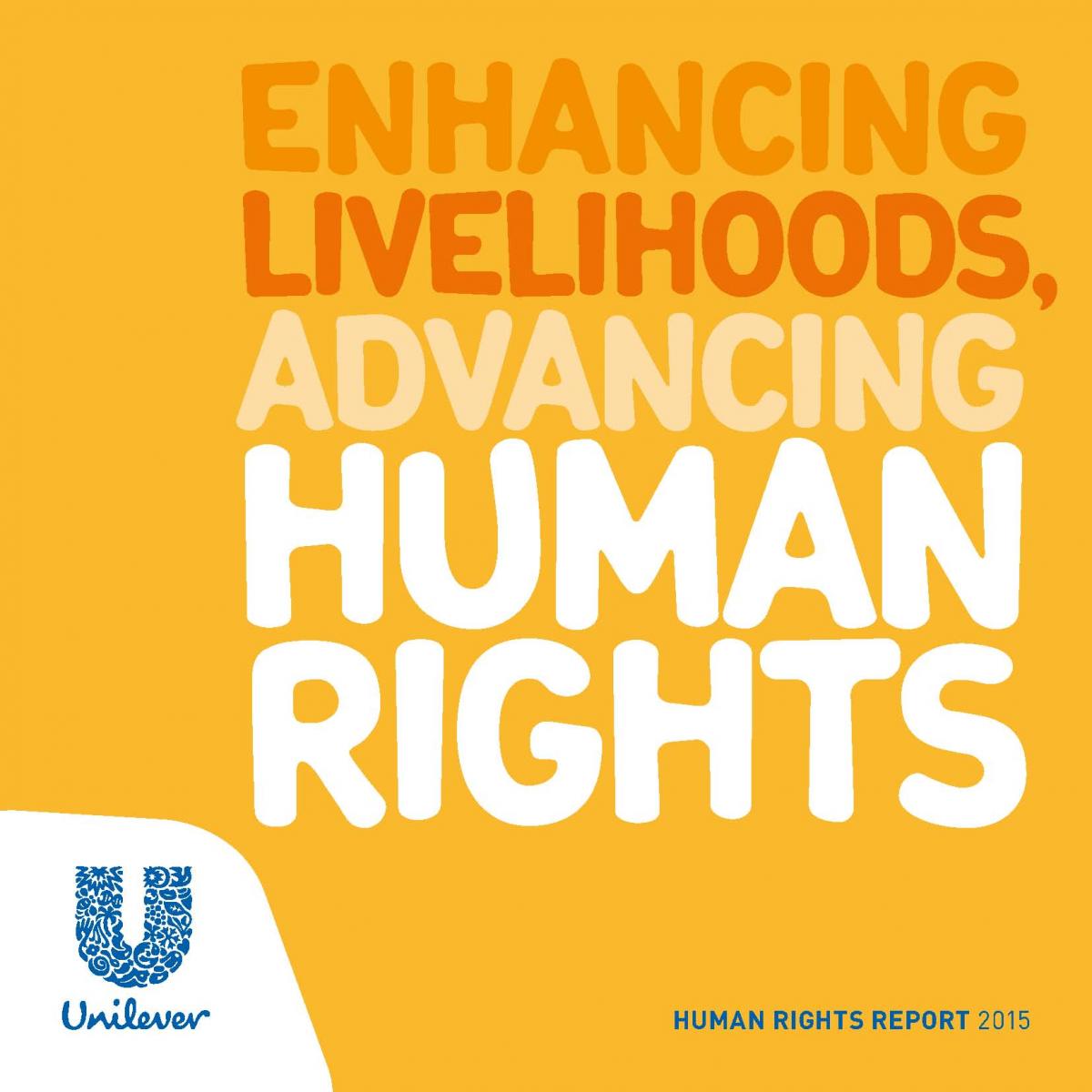