A benchmark of company performance by the Climate Action 100+ coalition of investors reveals the vast gap between rhetoric and meaningful climate action, reports Mike Scott

The world’s biggest carbon emitters are increasingly making ambitious climate commitments, but they need to do much more to deliver them, investors say.

There has been a surge in the number of companies announcing that they intend to be net-zero by 2050, in line with the Paris Agreement. A new report by the Energy and Climate Intelligence Unit (ECIU) and Oxford Net Zero shows that more than a fifth (21%) of the world’s largest 2,000 public companies, with combined sales of almost $14tn, have set net-zero targets.

But many of the biggest emitters are performing poorly against these targets, according to Climate Action 100+, an investor coalition of more than 575 investors with $54tn in assets under management. Its first Net-Zero Company Benchmark assesses companies against the initiative’s three high-level commitment goals: reducing greenhouse gas emissions, improving governance, and strengthening climate-related financial disclosures.

The group engages 167 “systemically important” emitters, which account for 80% of annual global industrial emissions, alongside other companies with significant opportunity to drive the clean energy transition.

The benchmark assesses the CA100+ companies across nine key indicators:

It defines key indicators of success for business alignment with a net-zero emissions future and the goal of the Paris Agreement to limit global temperature rise to 1.5-degrees celsius. While there is a growing number of ambitious climate commitments, the benchmark shows that companies still have a long way to go in delivering on these promises.

None of the companies assessed performed at a high-level across all of the nine indicators. And no company has fully disclosed how it will achieve its net-zero targets by 2050 or sooner. 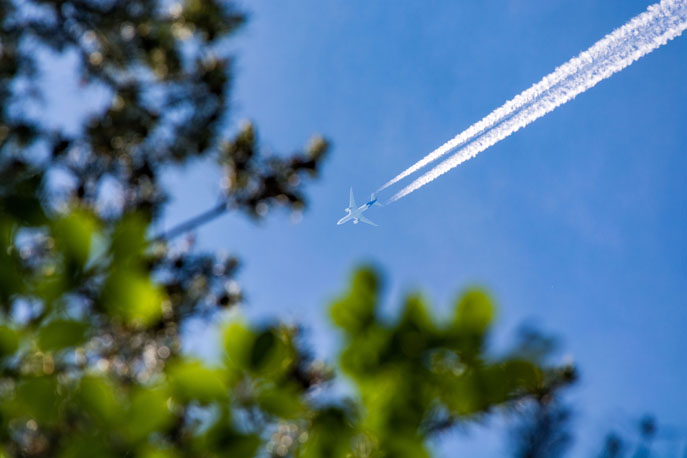 “This process is about outcomes and impacts, not just whether companies have the right policies,” says Rory Sullivan of Chronos Sustainability, technical advisor to the Transition Pathway Initiative, which helped to create the benchmark. “Overall, companies are performing relatively poorly and have made little progress towards their targets.”

Eighty-three of the world’s biggest emitters (52%) have a net-zero commitment, but emissions in the value chain are not mentioned in more than half of these targets.

Another problem is that while many companies have 2050 targets, they are not backed by clear strategies and robust short- and medium-term targets, which are vital to reaching net-zero. “More robust short- and medium-term targets are critical for companies to achieve their ambitions. Otherwise they are back-ending everything they need to do,” says Sullivan.

For coal, oil and gas companies, net-zero is an existential threat

In part, this lack of short- and medium-term targets is because many companies are just starting out on their net-zero process, but it also reflects the fact that for many industries, the path to net-zero is not yet clear.

Among large emitters, the sector furthest along the path is electric utilities. “They’re doing quite well, driven by a mix of regulation and incentives. We could see a number of them deliver net-zero by 2050 using their current strategies,” Sullivan says, although he adds that European groups are far more advanced than their peers.

“It’s currently impossible to see how it’s going to happen” for a number of other sectors, however, Sullivan says.

For coal, oil and gas companies, net-zero is an existential threat, he states. And while there are clear pathways for high-emitting autos, aluminium and shipping, it is very problematic for aviation. 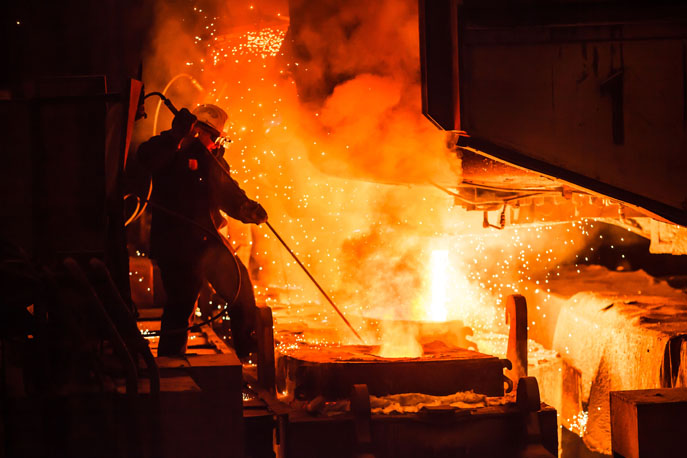 Steel is waiting for enabling technologies to develop for decarbonisation. (Credit: Norenko Andrey/Shutterstock)

With future investments needing to be more clearly aligned with the net-zero transition, it is striking that just six companies explicitly commit to aligning their future capital expenditures with their long-term emissions reduction targets.

But even these companies – BP, Repsol, RWE, Total, Unilever and WEC Energy Group, a U.S. utility based in Milwaukee – are not fully aligned with limiting temperature rises to 1.5C, according to the benchmark’s criteria, although Unilever only falls out because its nearest-term targets are for 2030, rather than 2025.

At the other end of the spectrum, 10 companies fail to meet any net-zero progress criteria. These include Warren Buffett’s Berkshire Hathaway conglomerate, PetroChina, Coal India and China’s state-owned SAIC Motor.

1.5C is still a new concept for many companies and they have not really engaged with what it means for their strategies and their capex

“Companies are clearly a long way from where they need to be. 1.5C is still a new concept for many companies and they have not really engaged with what it means for their strategies and their capex,” Sullivan says.

In the hard-to-abate sectors, often companies themselves can only do so much on their own. “Lots of other things need to fall into place. You need action from government, investors and others. In aviation, the input of IATA and ICAO are crucial and investors can put pressure on these bodies to act.” (See Quest for sustainable aviation fuels gets boost from pandemic)

Sectors such as steel are waiting on the development of enabling technologies such as hydrogen and CCS.

“This benchmark shows the alignment of investors around a set of expectations. Companies might dislike it, but it’s very clear what investors want and what companies need to do to achieve
that,” Sullivan points out. “And for those who engage constructively, it’s a huge opportunity.”

This article appeared in the March 2021 issue of The Sustainable Review: See also:

ESG Watch: Heat turned up under banks for role in financing fossil fuels

‘It’s not enough to set net-zero-targets. In this decade of delivery, performance is what counts’

Comment: How companies can lead to make the energy tran...
ESG Watch: Insurers flex muscles by refusing to finance...
PepsiCo’s biggest challenge: winning over millions of...
ESG Watch: Banks’ net-zero pledges in the spotlight a...
comments powered by Disqus