U.S. must spend on ports, work with Europe to launch floating wind

The U.S. will need to invest in East and West Coast ports and manufacturing and cooperate with Europe to achieve its floating wind cost targets, industry experts said. 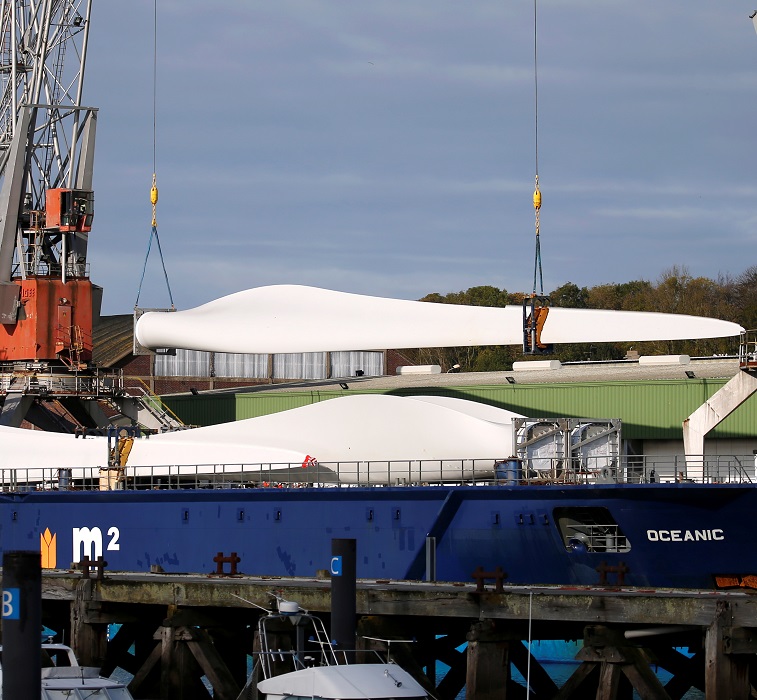 The Biden administration’s ambitious floating wind goals show the U.S. is looking to enter the floating wind market far earlier than it did for conventional offshore wind farms.

Last month, the White House launched a new research and development (R&D) initiative to reduce floating wind costs by 70% to $45/MWh and install 15 GW by 2035.

Two-thirds of U.S. offshore wind potential is located in deep water areas that require the deployment of floating arrays, including the vast Pacific coast.

Construction will start on the first U.S. pilot floating wind project off the coast of Maine next year, but competitive large-scale arrays will require substantial supply chain savings.

Lower costs will be achieved through larger, higher efficiency turbines and economies of series, as seen on fixed-bottom offshore wind projects, but it will also require mass production of foundation structures and maintenance innovations for operating in far deeper waters.

Ports will require adequate storage, assembly and marshalling capacity to assemble the huge turbines to floating wind foundations and to date only one U.S.-flagged offshore wind installation vessel has been commissioned.

Floating wind is still an emerging technology and industry experts are calling for greater cooperation between the U.S. and Europe, where pilot floating wind farms have provided learnings and several countries are rolling out commercial-scale tenders.

Transatlantic collaboration in technology, supply chain coordination and R&D learnings would "accelerate the development of floating technologies," Habib Dagher, Professor of Structural Engineering at the University of Maine, said.

“We should think about fostering partnerships across the Atlantic rather than competing leadership roles,” Musial said. "Europe will benefit and can achieve the same cost reductions as part of that global market.”

The U.S. benefits from significant research facilities through federal entities such as NREL, university collaborations, as well as extensive ocean observation systems that will help optimise designs.

The University of Maine is working with international industry consortium to build the 11 MW Aqua Ventus project 12 miles off the coast of Maine, the first floating wind farm in U.S. waters.

New England Aqua Ventus (NEAV), a joint venture between Mitsubishi subsidiary Diamond Offshore Wind and Germany's RWE Renewables, will own and operate the facility. The University of Maine’s Advanced Structures and Composites Center will support R&D, design and engineering and post-construction monitoring. The Biden administration has further boosted R&D resources by providing $50 million of support for the design, testing and demonstration of floating wind projects.

The federal measures represent a "comprehensive and well-thought-out approach" to scale up floating wind, Jonah Margulis, Senior Vice President of U.S. Operations at Mainstream Renewable Power, told Reuters Events. Mainstream has installed offshore wind farms in the UK and has a number of floating wind projects at various stages of development in California, the UK and Asia.

Important aspects at this stage include technical gains in floating substructures, anchors, mooring lines and power cables, as well as infrastructure needs and environmental requirements, he said.

The U.S. can also leverage significant expertise in offshore engineering and operations from its oil and gas sector, as well as manufacturing learnings, Margulis noted.

For mass production, the U.S. can build upon its strong history of industrial manufacturing, leveraging established supplies of steel, concrete and fibreglass and learning from its onshore wind sector, Musial said.

In the deep waters off the Pacific coast, early commercial development is underway.

California aims to build up to 5 GW offshore wind by 2030 and the federal Bureau of Ocean Energy Management (BOEM) plans to sell its first floating wind leases off the coast of California later this year. BOEM has also launched a call for interest in Oregon waters.

On the East Coast, where the construction of commercial fixed-bottom arrays has begun, the Gulf of Maine is seen as particularly attractive for floating wind. The Gulf hosts 156 GW of potential offshore wind capacity within 50 miles of the shore and resources peak in the wintertime, "well matched with the heating needs in the New England region," Dagher said. A lack of gas pipeline capacity to New England boosts the case for offshore wind, he said.

To accelerate the buildout of fixed-bottom offshore wind, the Biden administration launched a federal-state initiative to help create East Coast offshore wind supply hubs. State-level targets have led to a fragmented buildout of supply infrastructure and developers have long called for a more regional approach.

According to Dagher, East and West Coast ports will be needed for floating wind and federal investment is required. Potential areas being studied include Searsport in Maine, Salem in Massachusetts, as well as areas in central and northern California, Musial said.

A new port facility would require a total investment of $250 to 500 million, requiring a partnership between industry and the federal and state governments, Dagher said. On October 28, the federal government allocated around $92 million to upgrade three north-east ports for wider offshore wind deployment.

A combination of international learnings and domestic supply chain initiatives has seen onshore wind costs fall from $97/MWh in 2009 to $32/MWh in 2022, according to the Department of Energy's latest Land-Based Wind Market Report.