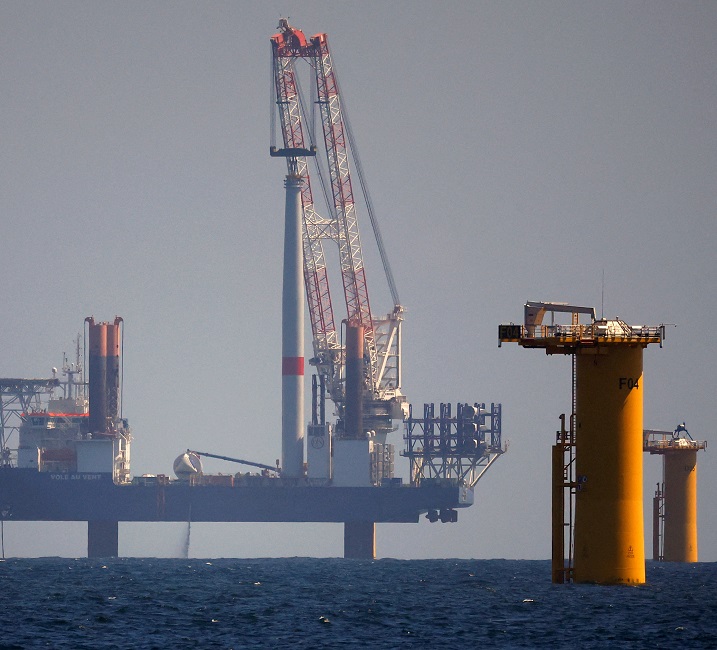 Dominion Energy's order for the new 472-foot Charybdis vessel remains the only firm commitment for a U.S.-built WTIV and around six vessels will be required to meet President Biden's target of 30 GW of offshore wind by 2030.

Developers can use WTIVs made in Europe or Asia but this requires them to use U.S.-built barges to transport to and from ports to conform with the U.S. Jones Act that protects the domestic marine industry. Developers also face supply risks from soaring demand in Europe as countries accelerate renewable energy plans following Russia's invasion of Ukraine.

Very few U.S. shipyards are large enough to build WTIVs and builders face competition from other industries such as the military.

“We’ve had real conversations, people who were almost signing on the dotted line, but when the tide goes down, people wait to sign the contracts until a later date," Alberto Morandi, the general manager of GustoMSC in Houston, said. GustoMSC designed the Charybdis.

"There's been a lot of postponement of WTIV projects due to these disruptions,” he said.

The few shipyards big enough for WTIVs include Keppel AmFELS in Brownsville, Texas, which is building the Charybdis, as well as General Dynamics NASSCO in California and Newport News Shipbuilding in Virginia, which specialize in naval vessels.

“What I've heard from marine engineering firms is that these shipyards are not interested in taking this commercial work, likely because it won’t be as profitable for them when they're keyed up for military work,” said Julian Fraize, Program Manager at the U.S National Offshore Wind Research and Development Consortium.

Earlier this summer, U.S. startup Bleutec unveiled a new vessel designed for installation and maintenance that would be compliant with the Jones Act. Bleutec has teamed up with NETSCo and Heavy Lift Penthus to develop the vessel and aims to build its first vessel by Q3 2025. Bleutec did not respond to a request for comment.

WTIV designers must take a position on rising turbine capacities. By 2025, 15 MW turbines will be widely available, requiring upgrades to even the largest WTIVs currently in operation outside of China. Standardisation of 15 MW turbines in the U.S. market would help build out a domestic supply chain but developers are likely to seek higher capacities to remain competitive.

“That is another risk of building and financing WTIVs but I don't see this stopping at 15 MW. There's just too much potential for financial benefit from developing larger turbines,” said Fraize.

Another option would be to turn U.S. oil and gas jack-up vessels into WTIVs but that would be “costly and complex” and these platforms will not be available if they have fossil fuel contracts, Foulon said.

A new federal-state partnership will provide economic incentives to supply chain companies, including loan guarantees to accelerate domestic construction of WTIVs. Applications for new vessels will gain priority review and funding from the Federal Ship Financing Program, the White House said. The program provides support for shipyards to modernise facilities and build and retrofit vessels.

Investors are close to committing to new vessels but they are waiting for an alignment of projects, supply chain and finance, Morandi said.

The scheduled launch of the Charybdis next year should demonstrate that WITVs can be built "timely" in the U.S. but the federal government could further reduce risks by accelerating permitting of offshore farms and establishing a larger pipeline of projects, he said.

On top of global economic turbulence, U.S. businesses face labour shortages and financial pressure from wider efforts to unionise. The Biden demonstration is keen to unionise the offshore wind workforce and is incentivising developers to source local labour and components.

There is also concern over the potential impact of a new American Offshore Worker Fairness Act being reviewed by Congress. The Act could force vessel operators to hire only U.S. citizens, or nationals of the country that flags the vessel.

While vessel talks continue, developers are preparing to use U.S. service barges and foreign WTIVs to gain an early foothold in the U.S. offshore wind market.

“Using barges is operationally complex and safety remains a top concern but it’s important to have this Plan B while the U.S.-based WTIV industry grows its vessel fleet," Foulon said.

"That allows us to commit investments and start project developments,” he said.