Vessel investments are required to accommodate a rapid rise in turbine dimensions and the U.S. is lagging behind other markets, experts said. 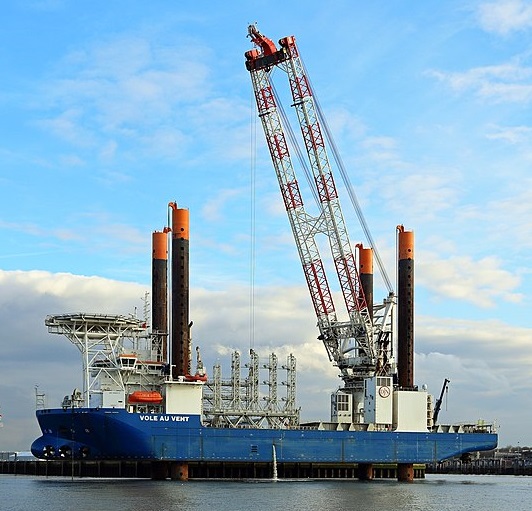 Europe is aiming to install around 100 GW of offshore wind by 2030 while President Biden has set a US target of 30 GW, requiring a major buildout of coastal infrastructure. Development is also taking off in Asia.

Developers are seeking to deploy larger, higher efficiency turbines to maximise economies of scale and offer competitive power prices. By 2025, 15 MW turbines will be widely available, exceeding the capabilities of all 17 wind turbine installation vessels (WTIVs) currently in operation outside of China. Only a handful of the existing vessels can install 10 MW turbines and some smaller units are not suitable for upgrade.

Seven of the existing vessels will undergo crane upgrades between now and 2025 to allow them to install 15 MW turbines, according to research firm IHS Markit. In addition, 11 new WITVs are expected to be built by 2025 - all capable of installing turbines of capacity over 14 MW - and another four vessels are likely to be ordered for delivery in 2024-2028, IHS Markit said.

By 2030, there will be 21 to 25 vessels outside of China capable of installing the larger turbines, Catherine MacFarlane, ConstructionVesselBase Manager at IHS Markit, said.

Without further orders for newbuilds, supply will be "extremely tight," MacFarlane warned. In particular, a lack of progress in the U.S. could impact East Coast projects.

Vessel upgrades will feature new cranes with a 1,600 tonne lift capacity and a hook height above deck of around 160 metres, capable of installing 15 MW turbines, MacFarlane said. Additional work such as vessel widening, jacking system upgrades and hull reinforcements may also be necessary, she said.

Some vessels may undergo hull modifications to allow a greater load of larger and heavier wind turbines per round trip, "reducing the overall time on a project," a spokesperson for turbine supplier Vestas said.

Fred Olsen Windcarrier and Cadeler are among those upgrading their fleet, while Cadeler has also opted to build new vessels. Fred Olsen's upgrades include the Brave Tern and Bold Tern jack-up installation vessels while Cadeler has upgraded its Wind Osprey and Wind Orca vessels, among others. 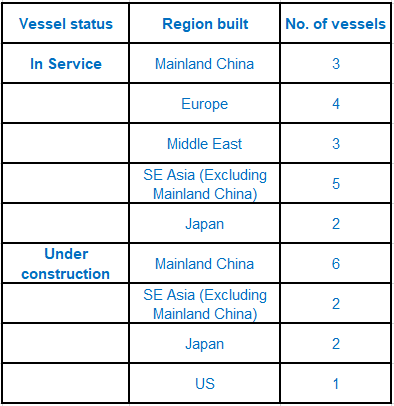 The first commercial turbine installation from a semi-submersible vessel, rather than a jack-up unit, is expected later this year and these could play a growing role for larger units, MacFarlane said.

“If this proves successful, we could see semi [submersible] vessels enter the fleet on a more regular basis over the course of the next decade,” she added.

Oil and gas industry vessels could also be used to install vessels “but due to the large lifting height required, the trend is moving towards specialized installation vessels,” Martin Lysne, Senior Analyst and Product Manager, Offshore Vessels at consultancy Rystad Energy, told Reuters Events. In one example, the Heeremas Thialf oil and gas vessel is due to install 9.5 MW turbines in the Baltic Sea on the Arcadis Ost windfarm in 2023 but it would need modifications to handle much larger turbines in the future.

By 2030, turbines of capacity 18 to 20 MW will be available, but some sites will suit smaller models and this will lower the global average, Andrei Utkin, Principal Analyst, Global Clean Energy Technology at IHS Markit, said.

Developers in high wind areas such as Europe's North Sea and north-eastern U.S. will likely seek out the most powerful turbines but a number of new markets will open up where lower wind speeds suit smaller units, he said.

Rystad Energy predicts the global average capacity of turbines commissioned in 2030 will be around 10 to 11 MW.

US offshore wind developers could bear the brunt of vessel shortages. Europe will be the largest offshore wind market this decade and movement of WTIVs around the world will be limited. Protection measures in the US and Asia-Pacific are presenting a “substantial risk to the development of a robust supply chain,” Holger Grubel, Head of Offshore Wind Portfolio Development at German utility EnBW told Reuters Events. EnBW is looking to secure leases in the New York Bight in a tender launched by the Bureau of Ocean Energy Management (BOEM) this month.

Strict vessel ownership rules in Japan will tie up around five vessels while Chinese vessels are currently blocked from projects under development in Taiwan due to the long-running conflict between the countries.

Meanwhile, US East Coast developers are planning to install as much as 9.1 GW by 2026 from a standing start. Under the federal Jones Act, US developers must use US-made vessels to transport into and out of ports and there is currently only one compliant WTIV under construction in the US. Ordered by Virginia utility Dominion Energy, the Charybdis will be completed by late 2023 but up to six vessels may be required to meet President Biden's 30 GW target, according to the American Bureau of Shipping (ABS).

One key hurdle is that US vessel construction costs are higher than in low-cost regions such as Asia and investment in shipyards is required to improve competitiveness.

However, until more US vessels are ordered, developers will need to use foreign installation vessels combined with US feeder barges as used for Vineyard Wind, the first large US wind farm currently under construction in Massachusetts.

This will expose project partners to global vessel markets and they may need to offer incentives to attract vessels from other regions, Lysne warned.