Oregon is assigning its first floating wind sites following progress in California but power authorities must work with fishing groups and upgrade transmission to minimise costs. 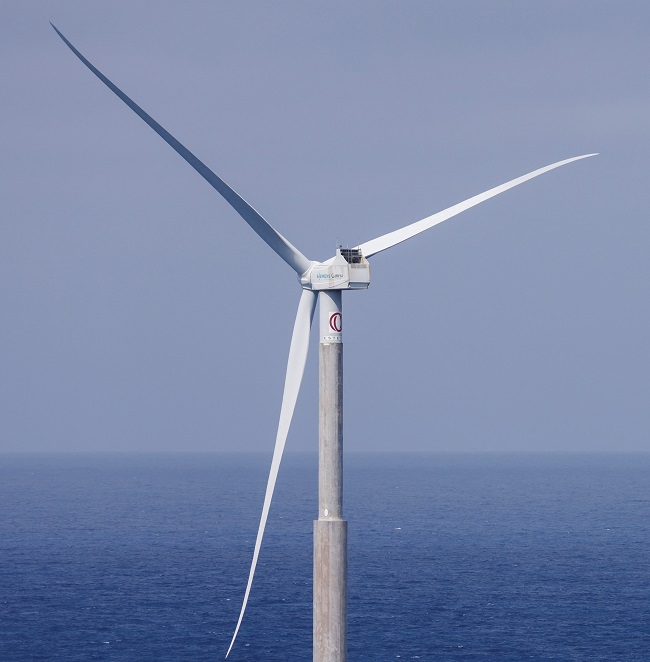 Oregon is close behind California in bringing floating wind to the Pacific. (Image: REUTERS/Borja Suarez)

In April, U.S. federal authorities launched a call for interest for two offshore wind areas off the coast of Oregon. The Bureau of Ocean Energy Management (BOEM) set out areas in the deep waters of Coos Bay and Brookings in southern Oregon, over 12 nautical miles from the coast.

The calls form part of the Interior Department's plan to hold up to seven offshore wind lease auctions by 2025 and follow similar calls in California that has led the state to announce the sale of five offshore wind leases later this year. The deep waters off the Pacific coast will require the first large-scale deployment of emerging floating wind technology in the U.S.

The Brookings area lies next to the California border while Coos Bay is situated 100 miles further north. Coos Bay offers some of the strongest offshore wind resources in Oregon and could supply power at $53/MWh, the U.S. National Renewable Energy Laboratory (NREL) said in an earlier study. The Oregon state government is studying installing 3 GW of offshore wind by 2030 and this could reduce annual power generation costs by $86 million, NREL said. A state law implemented in 2021 requires the two largest utilities Portland General Electric and Pacific Power to reduce power sector carbon emissions by 80% by 2030 and fully decarbonise by 2040.

Oregon power generation by source in 2019 Offshore wind developers in Oregon will be boosted by recent progress in California but local opposition and a lack of grid and port infrastructure remain a risk.

BOEM plans to lease the areas in late 2023 and while some fishing groups will aim to slow down the process, Oregon can meet its offshore wind goals, Jason Busch, Executive Director at the Pacific Ocean Energy Trust (POET), a non-profit think tank that promotes responsible marine development, told Reuters Events.

“There will be calls to delay development, but the imperatives of addressing climate change and the obvious benefits of [shifting to] renewables will likely help keep us on track,” he said.

Alongside the call for interest, BOEM will engage with ocean stakeholders to identify sites of least conflict.

BOEM has already discarded a third proposed call area in Oregon near Port Orford in Bandon, reportedly due to opposition from the fishing industry. This area offered the greatest value to the grid, Busch said.

Earlier this year, developers bid a record $4.4 billion to secure six offshore wind leases in the New York Bight in the largest U.S. lease tender to date. BOEM initially called for interest from developers for 1.7 million acres in the New York Bight and reduced this by 72% following input from scientists and regional stakeholders. The allocated leases require engagement with Tribes, fishermen and other local stakeholders.

BOEM is at the early stages of offshore wind leasing in Oregon but is “committed to working with all ocean users, including the fishing community,” a BOEM spokesperson said.

“We’re working to improve our consultation process, identify best practices, and strengthen our relationship with tribal governments," the spokesperson said. Designated sites would undergo environmental review before leases are allocated under commercial tender.

Oregon and California share the California Current system and last month BOEM found that the development of up to 1.6 GW of offshore wind in Humboldt Bay in northern California would have no significant environmental impact.

Busch expects the environment assessments in Oregon to "read somewhat similarly." Additional concerns in Oregon include migratory routes for whales and ocean birds and the preservation of the coast's natural beauty, he noted.

The state of Oregon will support “responsible" offshore wind energy development that factors in the natural resources of the area and its existing uses, Andy Lanier, Marine Affairs Coordinator at the Oregon Department of Land Conservation and Development, said.

The first projects in Oregon are likely to use radial transmission links to coastal landing points but for future projects the POET is studying a shared grid concept that would reduce costs and the number of landing points, minimising conflicts, Busch said.

The West Coast offshore wind industry is still at a very early stage, requiring the buildout of supply chain and port infrastructure.

Over the border, the California Energy Commission (CEC) has approved a $10.5 million grant to develop the Port of Humboldt Bay.

Humboldt Bay has the "optimal conditions to serve as the primary port for the offshore wind industry for the entire West Coast," Harbour board president Greg Dale said in a statement.

Busch expects several West Coast ports will be required and initial development in Oregon will be concentrated in Coos Bay.

Washington State is also "very keen to contribute to the supply chain," he said.