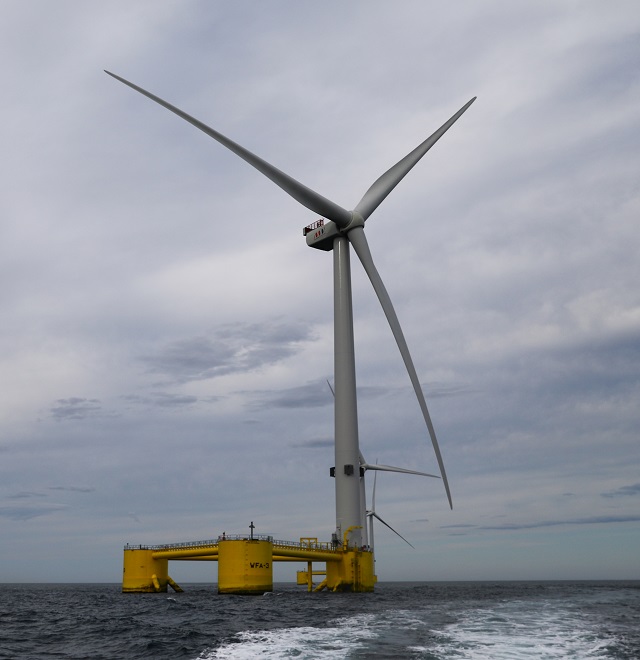 Norway is looking to turn oil and gas expertise into floating wind exports but competition is hotting up. (Image: REUTERS/ Violeta Santos Moura)

Norway is set to launch its first offshore wind lease auction in the first half of this year but industry participants fear slow progress is hampering development and supply chain plans.

Norway will tender 1.5 GW of fixed bottom capacity in the Soerlige Nordsjoe zone in the North Sea near the southern maritime border with Denmark, the government announced last month, less capacity than industry players expected. Norway is a major exporter of offshore oil and gas resources and last year the government selected Soerlige Nordsjoe for a potential 3 GW of fixed-bottom offshore wind capacity and the Utsira Nord zone for 1.5 GW of floating wind.

Last month, the government said amendments to the Offshore Energy Act would be needed to facilitate the development of the Utsira Nord and remaining Soerlige Nordsjoe sites and it has yet to give a specific date on when the leases will be allocated.

State-controlled oil and gas group Equinor was an early mover in floating wind projects and will bring online its 88 MW Hywind Tampen project in Norwegian waters later this year. The government sees Utsira Nord as a potential development hub for larger floating wind projects that would pave the way for commercial trade exports. Norway sources most of its electricity from hydropower, limiting the need for domestic renewable energy capacity.

Several other European countries are progressing faster with commercial floating wind tenders that will allow developers to gain economies of scale and build out supply chains.

Scotland allocated 15 GW of leases in January, placing the UK at the forefront of floating wind development.

"For Norway to become a competitive player in the global supply chain for offshore wind, the authorities should act fast, think big, and focus on the industries of the future,” Leif Winther, Chief Market Developer at Denmark's Orsted, the world's largest offshore wind developer, said.

Orsted plans to apply its scaling learnings and design partnerships to the emerging floating wind market. The company was allocated a 1 GW floating wind lease in Scotland's latest auction in a consortium with Falck Renewables and BlueFloat Energy and it plans to bid for projects in Norway with Norwegian partners Hafslund Eco and Fred. Olsen Renewables.

The Norwegian government is yet to specify the details of the auction scheme for the first 1.5 GW of capacity in Soerlige Nordsjoe. WindEurope wants Norway to allocate government-backed contracts for difference (CFDs) subsidies and avoid negative bidding where developers pay to secure contracts. CFDs have helped the UK become a major offshore wind nation and many other European countries are adopting these in offshore wind auctions.

“Contracts-for-Difference are the better option, as they ensure stable revenues, give long-term visibility and lower financing costs," Dickson said.

Norway is expected to provide state aid for floating wind projects in Utsira Nord and select projects based on qualitative criteria rather than a price auction. Floating wind technology is less mature than fixed-bottom and developers are yet to build up supply chains that provide economies of scale. Qualitative selection criteria would allow Norway to prioritise initiatives such as technology development or manufacturing growth. Orsted welcomes the government's decision to focus on qualitative criteria for Utsira Nord.

“We believe an auction model that focuses on more than just price [is] needed," Winther said.

Other developers planning to bid for Utsira Nord include a consortium of Germany's RWE and Norwegian groups NTE and Havfram, a partnership of Norway's Agder Energi and Macquarie’s Green Investment Group (GIG) and a Norwegian consortium of Equinor and Vargronn.

Floating wind developers are hungry for projects that can prove their technology at scale and establish competitive supply chains to supply a growing global market. Norwegian oil and gas companies can use floating wind to diversify their businesses.

A partnership between the Orsted consortium and local construction yard Rosenberg Worley highlights the potential benefits for Norway.

The consortium has pledged major investments in the construction of floating wind structures and other components in Norway if it gains a licence at Utsira Nord.

“Offshore wind can truly become a new industrial pillar for Norway, once the authorities follow up on the political ambition by announcing new areas for both floating and bottom-fixed offshore wind,” Winther said.