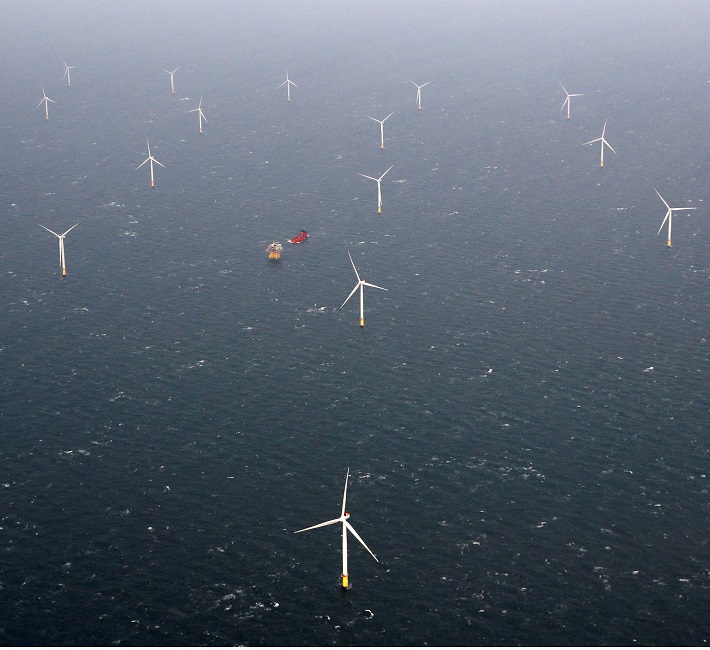 Norwegian energy major Equinor will adjust its domestic offshore wind plans after the government decided the first wind farms will not be linked up with other countries.

Equinor has partnered with Germany's RWE and Norwegian aluminium producer Norsk Hydro to bid for offshore wind leases in the North Sea near the southern maritime border with Denmark.

On February 9, Norway announced it will launch its first offshore wind later this year for 1.5 GW of fixed-bottom capacity in the southern Soerlige Nordsjoe zone. The wind farms would supply power to around 460,000 Norwegian households, the government said.

"This is a case that is quite different from the one that we, Norsk Hydro and RWE have been preparing for," the head of Equinor's renewable energy business, Paal Eitrheim, told Reuters in an interview on February 10.

The first turbines could be completed in the second half of this decade and government subsidies may be needed, Prime Minister Jonas Gahr Stoere said at a news conference.

A planned second development phase for equivalent capacity in the adjacent Soerlige Nordsjoe II area will come later and may supply power to the European continent, Stoere said.

If connected to multiple countries, the wind farms could be developed without subsidies, Eitrheim said.

"Norway is very high on our agenda, but we also need to make sure that we have the possibility of developing robust business cases, and that we don't know yet," he added.

The first phase of development is smaller than the wind industry had expected and the government is yet to specify the details of the auction, warned industry group WindEurope.

Norway has delayed its offshore wind plans several times and the wind industry had hoped for an immediate launch for the entire Soerlige Nordsjoe area, WindEurope said.

Norway also plans to tender for 1.5 GW of floating offshore wind capacity in the Utsira North zone but the timeline remains unclear, it said. Norway should set a price cap for the lease auction as implemented in the recent ScotWind tender in Scotland, the industry group said. ScotWind allocated 25 GW of leases, including 15 GW of floating projects, far more than the 10 GW initially targeted due to surging demand for projects.

Developers in Norway should be offered revenue support through contract for difference (CFD) auctions already used the UK and several other countries, WindEurope said.

The measures are required to meet the European Union's targets of 60 GW of offshore wind by 2030 and 300 GW by 2050, Members of the European Parliament (MEPs) said in a statement February 16 after overwhelmingly backing the recommendations.

"MEPs highlight the importance of shortening procedures to get a permit and call on the member states to set up a transparent process and consider introducing time limits for issuing permits where necessary," the members said.

"The EU is a technological leader in [offshore renewable energy] and could expect a significant economic boost by supporting the growth of clean energy production. The NextGenerationEU recovery fund provides a unique opportunity to mobilise capital," they noted.

Offshore wind farms can aid marine biodiversity if designed and built sustainably, but they must coexist alongside fishing and maritime transport, the MEPs said.

"Work needs to be done in order for the public to accept offshore wind and to convince citizens that renewable energy is key to achieving energy independence," they added.

Iberdrola subsidiary Avangrid is building the US' first large-scale offshore wind farm with co-owner Copenhagen Infrastructure Partners (CIP). The 800 MW Vineyard Wind project reached financial close in September and will be fully installed by 2024. The project involves investments in and around the New Bedford Marine Commerce Terminal in Massachusetts, the first purpose-built US terminal for the staging and installation of offshore wind components.

In December, Avangrid was awarded a power contract for its 1.2 GW Commonwealth wind project in Massachusetts that will involve a "$4 billion investment and create 11,000 jobs," the developer said.

The company is also developing the 804 MW Park City project which would include investments in the Port of Bridgeport.

PJM's Planning Committee agreed to reform its grid connection process to clear a huge backlog of projects, it said.

PJM will prioritise projects that have financial and technical requirements in place and fast-track projects that do not require grid upgrades or facility studies, it said. Staff resources are a key challenge and PJM will continue to increase its staff count through 2023.

"We are prioritizing more than 1,200 projects that we have in our backlog, most of them renewables, and they represent more than [100 GW] of nameplate capacity - that’s half the capacity we have on our system today.”

The PJM network spans 13 states in central and eastern US. Falling costs, rising corporate demand for renewables, and policy changes in some states have accelerated activity, extending interconnection queues.