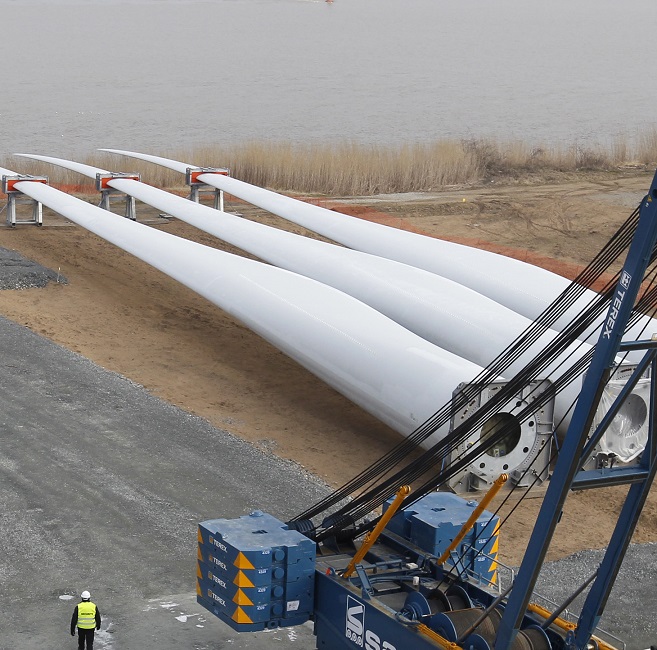 US offshore wind activity is spreading south and is set to create thousands of jobs. (Image: REUTERS/Stephane Mahe)

The Southern US state of Louisiana has set a target of 5 GW of offshore wind capacity by 2035 in its first ever Climate Action Plan.

The plan, approved by Governor Jon Bel Edwards and a task force comprised of government, private sector, academia, and environmental and community group members, sets out a raft of measures to reach net zero carbon emissions by 2050.

Louisiana will establish a Renewable and Clean Portfolio Standard (RCPS) that requires utilities to supply at least 80% from renewables by 2035, the plan said. US offshore wind construction is set to surge in the coming years as activity spreads from the East Coast to southern and western coasts. President Joe Biden has set a target of 30 GW of offshore wind by 2030.

To launch development, Louisiana's Public Service Commission (PSC) will work with utilities and other stakeholders on strategic deployment plans and impact assessments.

The PSC will also work with utilities to establish green energy tariffs to encourage the purchase of renewable power, it said.

US utilities yet to impact CO2 outlook with firm green targets

US utilities' firm carbon-reduction goals will only reduce CO2 emissions from the power sector by 12% by 2050, compared with a reference case of existing laws and regulations, the U.S. Energy Information Administration (EIA) said in a note published February 4.

The Biden administration aims to fully decarbonise the power sector by 2035 and achieve a net zero carbon economy by 2050.

The EIA projected the impact of integrated resource plans (IRP) and announced commitments made by utilities as of October 2020.

Across the whole of the energy sector, the power utilities firm targets would only reduce CO2 emissions by 3% by 2050 compared with the EIA's reference case, highlighting the work ahead for the US to meet its carbon reduction goals.

Danish offshore wind giant Orsted predicts an operating profit (not including new partnerships) of 19 to 21 billion crowns in 2022, up by 20%-33% on the year as new wind and solar assets come online and on the basis that wind speeds recover to more normal levels, it said February 2. Orsted projects scheduled online this year include the 1.3 GW Hornsea 2 offshore wind farm in the UK and the 900 MW Greater Changhua 1 & 2a array in Taiwan.

Orsted recorded a total operating profit of 24.3 billion crowns ($3.7 billion) in 2021, up by 34% year-on-year as higher profits from its combined heat and power and gas businesses outweighed the impact of lower than usual wind speeds and cable issues at its offshore wind farms.

The Danish group plans gross investments of 38 to 42 billion crowns in 2022, "reflecting a high level of activity in our build-out of renewable assets," it said.

Orsted is the world's largest offshore wind developer by capacity and plans to install 15 GW by 2025 and 50 GW of renewables by 2030. Last year, the company secured 4.5 GW of new offshore wind projects, equivalent to 25% of all new capacity awarded, it said. The first phase of 'Project Catalina' will include 1.7 GW of wind and solar capacity and a 500 MW electrolyser capable of producing over 40,000 tons of green hydrogen per year, CIP said in a statement February 1. Hydrogen will be sent to a new ammonia plant in Valencia or blended into the natural gas grid, it said.

The first phase is expected to be permitted within two years, allowing construction to start at the end of 2023. In a later phase, the partners intend to expand wind and solar capacity to 5 GW and increase electrolyser capacity to 2 GW, enough to supply 30% of Spain's current hydrogen demand.

Vestas acquired 25% of Copenhagen Infrastructure Partners (CIP) in late 2020 in a move which widens its role in offshore wind and solar and expands its long-term income potential. CIP was an early investor in the offshore wind market and Vestas said it would invest in a CIP fund focused on green hydrogen and other “power-to-x” technologies.

The Catalina plant will be located in the region of Aragon, south of the Pyrenees, where there is "excellent solar and wind resource, political backing as well as the proximity to demand centers," Soren Toftgard, partner at CIP, said.