Growth in new markets and offshore offers plentiful scope for companies and governments to redress the racial imbalances in wind and solar. 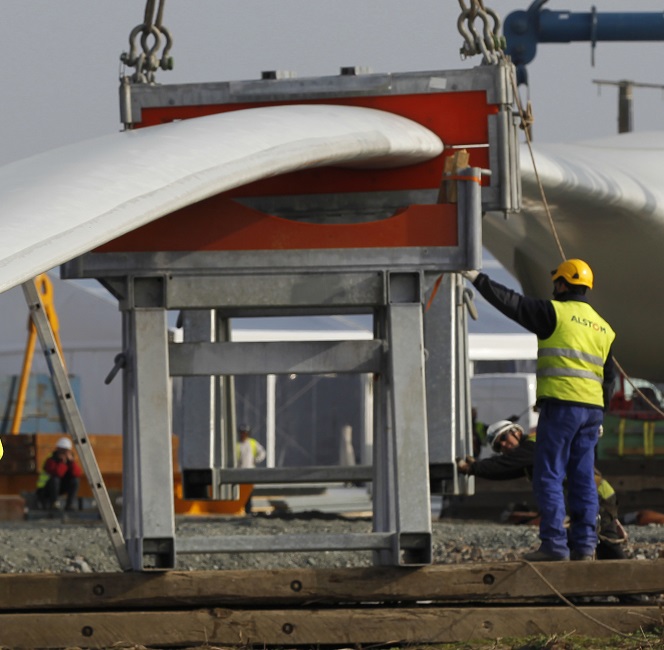 US wind and solar companies must improve racial diversity as they hire thousands of workers across the nation. (Image: REUTERS/Stephan Mahe)

As the US wind and solar sectors tool up for growth, industry-wide efforts are required to improve racial diversity.

In particular, Black people comprise just 8% of the US clean energy workforce, compared with 13% in the wider economy, according to the Department of Energy's 2021 Energy & Employment Jobs Report.

In the gas industry, Black workers hold 15% of positions, almost double the level in clean energy, data from the Diversity in the US Energy Workforce report by BW Research shows.

Hispanic workers fill 16.5% of clean energy roles, compared with 21 to 22% in petroleum, coal and oil refining and 18% economy-wide, it said.

Demand for wind and solar workers is set to surge in the coming years as development spreads into new markets, providing an opportunity to redress imbalances.

In one example, the number of wind technician jobs must triple to over 18,000 in order to generate 70% of power from renewables by 2030, according to a report by BW Research for the American Clean Power Association (ACP). Meanwhile, a whole new US offshore wind sector must be established, primarily on the East Coast, to achieve President Biden's 30 GW offshore wind target.

Diversity gaps will be easier to address in some regions than others due to demographics but a combination of public and private initiatives could rectify inequalities while also improving business prospects.

“The energy sector is dominated by white men, and thus remains one of the most gender, racial and ethnically imbalanced sectors," Jimeno said.

"Closing this gap will be vital to drive innovative solutions that can improve operational and commercial success...Diverse teams produce better results."

The underrepresentation of Black people in the clean energy sector is partly due to the concentration of renewable energy projects and companies in regions with lower Black populations, Tracey Woods, Vice President for Operations at the American Association of Blacks in Energy (AABE), told Reuters Events.

Just 10% of Black Americans live in the West, where, to date, renewable energy investment has been greater.

Wind and solar power is now spreading into new regions as costs fall and developers seek out new customers and available grid capacity. Wind developers are likely to face more acute general labour shortages in growth regions like the Southeast and Mid-Atlantic that are yet to establish a jobs network, Eric Lantz, Group Research Manager – Systems Engineering at NREL, told Reuters Events in July 2021.

US annual wind installations by market Black Americans make up a particularly high proportion of the population in these regions so this expansion will put to the test the pledges of inclusivity and diversity made by companies and governments.

“As clean energy transitions accelerate in the Southeast, Mid-Atlantic, and major metro areas across the U.S., the current disparity must be addressed so that Black communities do not miss out on America’s next great economic expansion," Woods said.

Diversity efforts by utilities and oil and gas companies and a far greater presence of unions have also improved diversity in other parts of the energy sector. The petroleum industry, for example, has invested in programs that promote science and engineering subjects and careers to underrepresented communities.

Utilities that have faced regulatory scrutiny over diversity in states such as California, Illinois Maryland and South Carolina, have made greater improvements, Woods said.

"The clean energy sector has gotten a pass to date at all levels - federal, state and local," he said.

The blue-collar workforce in oil and gas and utilities is largely unionised, whereas just 6% of wind industry workers belong to unions, according to the 2020 US Energy and Employment Report.

President Biden is keen to increase union representation in the clean energy sector. A 7 GW offshore wind lease sale next month in New York and New Jersey waters will require successful applicants to enter into project labour agreements to "ensure projects are union-built," the Interior Department said earlier this month.

There is much work to be done by clean energy companies in the coming years and the sharing of more detailed statistics could help the wind and solar industries promote employment among under-represented groups.

Less than half of workers in the energy sector are optimistic about their company's prospects for improving diversity and inclusion, whether hiring, promoting or in leadership roles, the Diversity report said.

White workers are more likely to feel accepted and valued, it said.

Siemens Gamesa was unable to provide its diversity figures for North America but is implementing a range of measures to address imbalances. Other wind companies contacted by Reuters Events did not respond.

Siemens Gamesa has trained more than 200 senior managers in inclusive leadership and aims to ensure its recruitment and hiring processes are inclusive at every stage, Jimeno said. The group has also launched an employee-driven Diversity, Equity, and Inclusion (DE&I) Council for North America that runs workshops and events and is analysing the data from its first survey to "help inform action planning for 2022," Jimeno said. The company has also developed a Diversity and Inclusion dashboard to assign accountability and measure the impact of initiatives. Last year, it launched a wind academy that offers three-week vocational programs to mature students seeking a career change.

Siemens Gamesa will be keen to hold its leading global position in offshore wind turbines as US activity ramps up. The company plans to build the US' first offshore wind blade manufacturing factory at the Portsmouth Marine Terminal in Virginia. The Biden administration predicts the US offshore wind industry could employ 44,000 workers directly and support 33,000 additional jobs.

“Competitiveness will rely on the ability to attract and retain a diverse pool of talent capable of bringing fresh perspectives,” Jimeno said.

The role of federal and state policy in renewable energy development also offers opportunities to rectify inequalities. To date, incentives to support wind and solar projects have not included accountability metrics such as those on Justice, Equity, Diversity, and Inclusion (JEDI).

The Women of Renewable Industries and Sustainable Energy (WRISE) association has used these principles to increase connections between women and clean energy companies, Woods noted.

In January 2021, the Biden administration launched its Justice40 Initiative that aims to deliver 40% of the benefits of clean energy and energy efficiency projects to disadvantaged communities.

The program will aim to ensure 40% of all federal support, whether loans, credit, guarantees or direct payments is spent in areas with low income, high levels of unemployment or linguistic isolation. The scheme would apply to the wind production tax credit (PTC), for example.

The White House issued interim guidance to all state agencies in July and the Department of Transportation is currently working out a methodology.

"I understand that Massachusetts is becoming more active on this topic as well," he said.