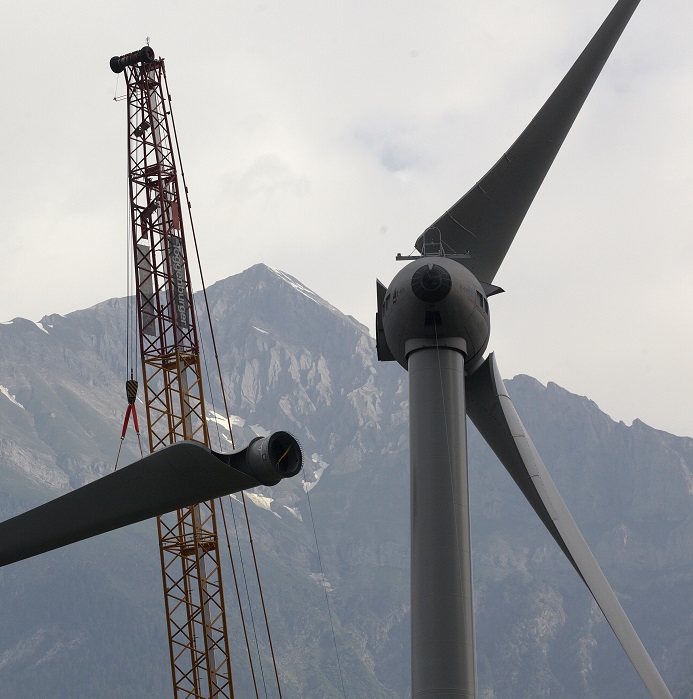 GE expects to make losses of about $2 billion in its renewable energy division this year due to inflation and supply chain challenges as well as policy uncertainty following the expiry of production tax credits (PTCs) that dented demand.

GE trimmed its full-year group profit forecast after reporting a decline in third-quarter earnings on October 25.

Chief Executive Larry Culp said onshore wind is "the battleground" for the company as it aims to make its renewable business profitable in 2024.

However, "near term, customers continue to defer investments into the future," Chief Financial Officer Carolina Dybeck Happe said on an earnings call.

GE plans to reduce global headcount at its onshore wind business by around 20% and the cuts will take place over the next 12 months, Culp said.

Iberdrola's U.S. subsidiary Avangrid has asked Massachusetts authorities to give it a month to re-evaluate the power purchase agreements (PPAs) for its 1.2 GW Commonwealth offshore wind project, warning rising component costs and interest rates have made it economically unviable.

Avangrid was awarded the PPAs in December 2021 in a deal that would involve "$4 billion investment and create 11,000 jobs," the developer said.

"A one-month suspension in the proceeding provides a needed opportunity for Avangird, the Massachusetts Electric Distribution Companies, state and regulatory officials, and stakeholders to evaluate the current economic challenges facing Commonwealth Wind," the company said in a statement on October 21.

Avangrid would "assess measures that would return the project to economic viability including, but not limited to, modest changes to the PPAs," it said. Despite the economic headwinds, the Commonwealth Wind project could reach commercial operations in 2028, Avangrid said.

The New Jersey Board of Public Utilities (NJBPU) has awarded its first offshore wind grid project to Mid-Atlantic Offshore Development (MAOD), a joint venture of EDF and Shell.

NJBPU also awarded onshore grid upgrade projects that will accommodate the offshore wind power injections in what is the first application of the State Agreement Approach between the NJBPU and network operator PJM, the board said October 26. This new approach is designed to optimise grid investments and reduce offshore wind costs through a holistic analysis of network requirements.

The LTCS "offers a single onshore interconnection point while leveraging existing right of ways," EDF and Shell said in a joint statement.

The grid plan will require a successful bidder in New Jersey's upcoming third offshore wind tender to pre-build a single corridor from the shore crossing to the LTCS, NJBPU said. The tender is scheduled for the first quarter of 2023.

Germany's government is studying skimming excess profits from wind, solar and nuclear generation to finance a cap on power bills for households and industry, according to a ministry document seen by Reuters on October 19.

Under the proposals set out by Germany's economy ministry, around 90% of wind and solar profits realised above 130 euros/MWh would be skimmed off and reallocated towards subsidising customer bills or investing in power transmission, the draft document said. The measures will be presented to Germany's Cabinet on November 18.

Industry group WindEurope has warned they could create a "regulatory mess” and deter investment.

The government also plans to provide urgent support for consumer gas bills in a 96 billion euro energy crisis package, following recommendations by a commission of experts.

The partners would develop and build the offshore wind arrays as well as the transmission infrastructure, under a procedure where developers complete necessary permitting approvals and secure power offtake contracts without a government tender. The projects could be online by 2027-2028.

The proposed capacity is more than double Denmark's current offshore wind capacity and would help the country become a major producer of renewable hydrogen and other green fuels, the partners said.