Grid operator PJM is rolling out its new synchronised grid build process for offshore wind in New Jersey as developers and states seek faster and more economic ways of connecting projects to shore. 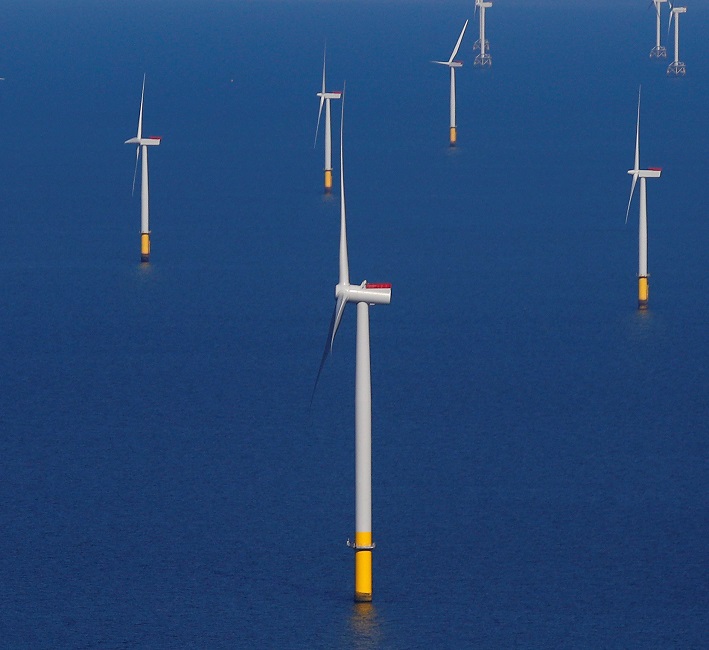 U.S. offshore wind construction is set to surge in the coming years and will require the coordinated buildout of grid infrastructure to limit the impact on coastlines and onshore infrastructure.

Construction has begun on Vineyard Wind, the U.S.' first large-scale offshore wind farm, and the Biden administration is ramping up lease allocations and aiming to approve 16 offshore wind projects by 2025.

The first large-scale offshore wind farms are being developed with radial links that directly connect projects to a single onshore point of interconnection. Developers must enter the onshore grid interconnection queue and take responsibility for required upgrades.

For future projects, coordinated offshore transmission grids are set to be developed ahead of wind farms to allow multiple projects to connect to the onshore grid at a number of points.

To streamline the process, grid operator PJM has developed a new State Agreement Approach that allows states, or a group of states, to propose grid expansions and synchronise their planning. The PJM network is the largest in the country and spans 13 states including several on the East Coast. New Jersey has already entered the mechanism as it pushes towards its target of 7.5 GW offshore wind by 2035.

Through its new scheme, PJM has identified more "efficient and economic" ways to upgrade regional transmission and achieve state offshore wind policy objectives than if they were developed in isolation, a PJM spokesperson told Reuters Events.

Coordinated grid plans will be needed soon however as they require more planning than radial links as well as buy-in from multiple developers, Rosensteel warned.

“A plan will need to be agreed within the next couple of years, before fully-independent radial designs are established by developers,” she said.

Developers would be able to focus on connecting to an offshore substation, owned and operated by a separate entity, rather than the transmission of power all the way to the onshore grid.

"Clear delineations between who is owner, who is operator, and where the developers’ ownership and responsibility ends need to be determined," Rosensteel noted. Developer buy-in will be crucial to avoid stranded offshore grid assets. Key concerns for developers include the coordination of timelines with other projects, the level of control over the export transmission design and build process, and how connection costs will be shared with other projects.

The U.S. offshore wind supply chain must be expanded to ensure wind farms and the associated grid infrastructure can be completed on time.

"The supply chain is already stressed and at capacity to deliver to current projects in development. This will only get more constrained as more projects advance development," Rosensteel said.

The technology used in the offshore network must be capable of handling the larger injections of power from multiple offshore wind farms," Rosensteel added. "[High voltage alternating current] technology is more readily available, but [high voltage direct current] systems are the more likely choice because of technical advantages related to grid strength and number of export cables."

Last year, PJM conducted an Offshore Wind Transmission Study to establish what upgrades were necessary to deliver the 14.3 GW of offshore wind projects announced in the PJM region as well as the capacity targeted in state Renewable Portfolio Standards’ (RPS). New Jersey, Delaware, Maryland and Virginia plan to build 14 GW of offshore wind capacity in PJM territory and a small proportion of the 8 GW planned by North Carolina will also lie within the grid area. PJM worked with the states to identify potential reliability violations, necessary transmission upgrades and cost estimates by transmission zone.

Under its new process, PJM submits offshore grid expansion plans in its annual Regional Transmission Expansion Plan (RTEP) and the associated states decide whether to pay the costs.

PJM will make recommendations to the New Jersey Board of Public Utilities (NJBPU) on the most cost-effective solution. NJBUP is expected to decide which projects it will fund in the second half of this year, a key step in an infrastructure buildout plan that will take many years to complete.

"The infrastructure necessary to meet New Jersey’s goals specifically can be built in time," the PJM spokesperson said.