The UK's plan to build shared offshore wind transmission is not expected to aid projects online this decade and could be of greater use to floating wind developers. 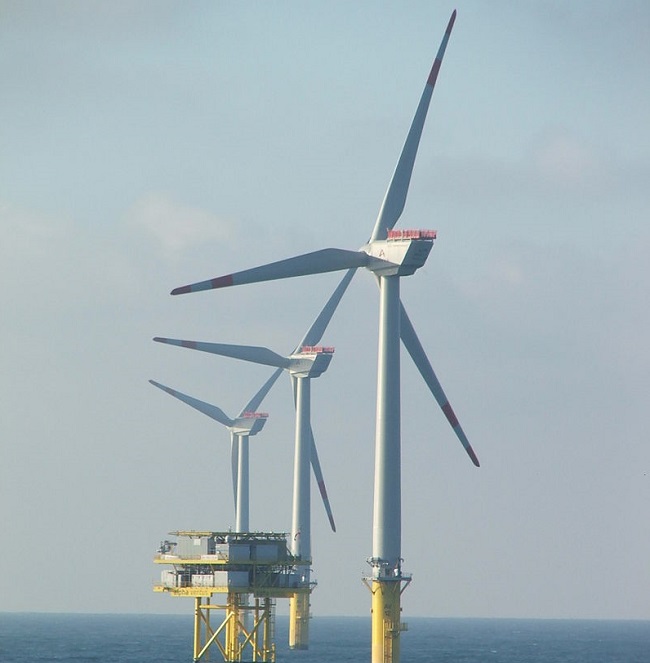 A year since the UK announced it would develop plans for a new offshore wind grid, the deployment timeline remains unclear. The government aims to quadruple offshore wind capacity to 40 GW by 2030 and projects online this decade look set to miss the benefits of shared offshore infrastructure.

In February, the UK government appointed Arup, an engineering consultancy, to map out potential offshore wind grid scenarios. Arup will study the "technical, economic, environmental and system constraints, and their interactions with the costs," the company said.

The UK is forecast to install around 1,000 new offshore wind turbines by 2030, raising the total to 3,500 units, according to UK offshore wind innovation center ORE Catapult. As sea space dwindles, projects are being sited further offshore. Until now, offshore wind projects have been connected to individual “radial” offshore transmission links, which are developed and built by the generator and transferred to an Offshore Transmission Owner (OFTO) upon commissioning.

A meshed offshore grid could cut costs, reducing transmission risk and allowing clusters of simultaneous projects, but development of the grid must be accelerated to help the government meet its 2030 pledge.

"Practically, the solutions are at least ten years away," a spokesperson for Vattenfall, a leading offshore developer in the UK, said. "Projects planned for pre-2030 will already be very well progressed in the planning process, with well-designed and carefully consulted upon infrastructure."

“In reality, if we wish to deliver 40 GW of offshore wind by 2030 we need to push on with all the radial connections that are currently in development," Bruce Turner, Head of Asset Management at Transmission Investment, an OFTO, said.

Radial links are the simplest to develop and "stand the highest chance of being delivered,” he said.

The development of a new offshore transmission system was one of nine priority measures set out by UK energy regulator Ofgem in February 2020 to achieve net zero carbon by 2050.

Arup will work with UK innovation centres and power sector partners to build a digital map of costs and spatial constraints, it said.

To meet its 2030 targets, the UK must overcome more pressing onshore infrastructure challenges.

Offshore wind developers are building larger projects to increase economies of scale, putting greater pressure on local and regional grid infrastructure. The 3.6 GW Dogger Bank project, located 130km from England and due online from 2023, will generate around 5% of UK power demand.

Current challenges for developers include delays in gaining consent for onshore transmission, stakeholder acceptance for large-scale transmission infrastructure, and "increasingly complex interfaces between stakeholders and developers," the Vattenfall spokesperson said.

Vattenfall has faced setbacks in the consenting of its Norfolk Vanguard and Norfolk Boreas projects off England's East Coast due to potential impacts on onshore infrastructure.

"New onshore grid improvements need to be in place or the 2030 target will not be met," he said.

For future projects, the offshore wind industry is working closely with the government and power authorities to make "better use of shared connections, which will reduce onshore impacts and be cheaper for consumers," Barnaby Wharton, Director of Future Electricity Systems at industry group RenewableUK, said.

"We need to ensure there's a full analysis of all the options, to ensure we land on a solution which is technically feasible and cost-effective," he said.

To meet its 2030 target, the UK is allocating new seabed leases and plans to hold auctions for contract for difference (CFD) subsidies every two years. The CFDs provide developers with 15 years of government-backed revenue at an agreed strike price. Developers would need full clarity of new grid rules well ahead of these auctions to optimise their bids.

Project partners have called for more regular CFD auctions, along with coordinated leasing and consenting, to establish clear project pipelines and make supply chain investments. The UK allocated 8 GW of new offshore wind leases in England and Wales in March and will allocate further leases in a separate Scotland tender in the coming months. The UK government plans to hold its next CFD auction later this year and could allocate around 6 GW of offshore wind contracts.

Based on current project timelines, developers awarded leases this year will likely enter CFD auctions in two or four years time, at the earliest, and would not come online until the second half of this decade or later. Close coordination between the allocation of offshore wind farms and transmission projects will be vital to rolling out shared grid infrastructure at least cost.

Currently, developers are in control of the transmission system build and the transfer of transmission ownership to the OFTO is a well-developed process "meaning it can be delivered in the shortest timescale and both financiers and insurers have confidence in the risks and returns," Turner said.

"Developers are wary of a coordinated grid because it brings uncertainty,” he said. “Once the regulatory framework is in place, and the way forward is clear, it will be less of a concern."

While a coordinated grid is unlikely to significantly help the UK reach its 2030 target, it can play a major role in the next decade, when floating wind capacity will soar.

Floating wind projects could see greater cost savings from a coordinated offshore grid as they are typically located in deeper waters further offshore. The UK aims to build 1 GW of floating wind by 2030 and the deployment of larger projects will cut costs and allow faster growth in the 2030s.

Industry experts have called on the government to double its floating wind target to 2 GW and allocate a further 4 GW of for deployment in the early 2030s. Faster build out of commercial-scale projects is critical to cutting costs and a clear and coordinated regulatory process is essential, Ralph Torr, Programme Manager at the ORE Catapult Floating Offshore Wind Centre of Excellence (FOW CoE), told Reuters Events last month.

“Whether we limit our [floating wind] ambitions to 1 GW or raise them and commit to 2 GW, it’s vital the government takes a coordinated approach to leasing and CFD allocations to facilitate this," Torr said.