New tax incentives will reward larger turbines and more projects near disadvantaged communities but the pace of permitting and manufacturing growth will be key, industry experts said. 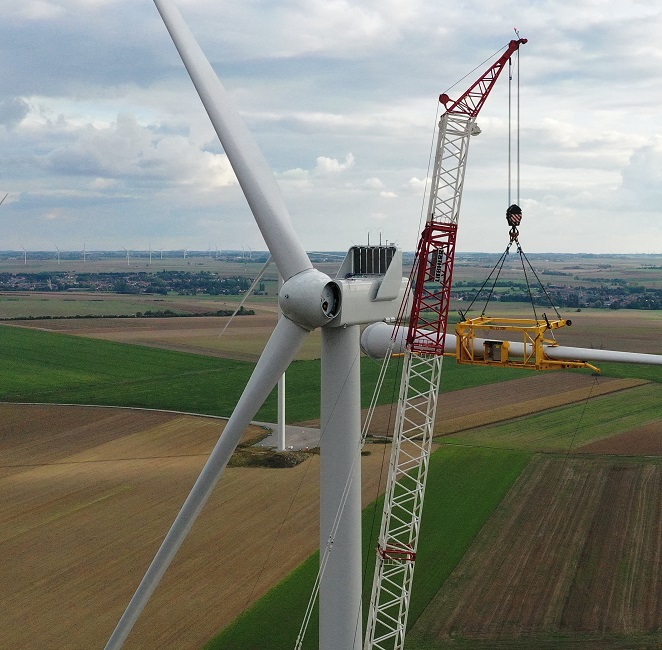 The act could lead to an additional $160 billion of investments in onshore wind, doubling installed capacity over the next decade to 280 GW, compared with an earlier growth forecast of 38%, Rystad Energy consultancy said.

“It’s definitely a game changer, " Sandhya Ganapathy, CEO of developer EDPR North America, told Reuters Events. "It provides us with a long-term horizon in order to deploy capital and be here in full force."

The tax credit could spur developers to build larger projects that generate higher revenues or repower existing projects with larger turbines, experts said. Some may seek out second-tier sites that did not make financial sense in the past.

“The IRA unlocks these possibilities of going bigger and also going to other places where you might have not thought of before,” said Marcelo Ortega, a renewables analyst at Rystad Energy.

Deployment strategies will also be impacted by new tax credit escalators in the IRA, allocated for using local labour and manufacturing.

"We will be very targeted and very strategic in developing our pipeline in those areas we can most benefit from those escalators," Silvia Ortin, CEO of developer RWE Renewables Americas, said.

Underlying demand for renewables remains strong but wind activity has fallen since the pandemic as global economic headwinds have hampered developers. U.S. annual wind installations fell to 13 GW in 2021, mainly due to supply chain challenges. Rystad Energy estimates just 8 GW will be added in 2022, in large part because the Production Tax Credit (PTC) was phased out at the end of 2021 and turbine prices have soared this year.

Demand from corporations will be a key driver of wind growth in the coming years, Ganapathy said.

“A lot of that is driven by the ESG [Environmental, Social and Governance] targets that a lot of the companies have announced for 2030,” she said. Developers with larger pipelines and larger balance sheets can benefit more from the tax credits announced in the IRA, Ortega said.

Smaller companies may “not have enough taxes to monetize the value of this tax credit,” he said. A “direct credit” provision that was included in an earlier version of the IRA would have allowed small and medium-sized developers to get more benefits but the measure was scrapped during the lengthy legislative process.

The IRA offers a production tax credit (PTC) of $3/MWh and an investment tax credit (ITC) of 6% but those numbers can increase more than five-fold if developers meet local labour and supply criteria.

To unlock these additional benefits, developers need to partner with U.S. manufacturers or prioritize certain locations such as brownfield sites and former coal mining communities with high unemployment.

The escalating ITC benefits should improve the competitiveness of wind power projects, Ortin said, although U.S. manufacturing will need to be expanded. Manufacturing tax credits in the IRA should help accelerate domestic production, but new factories will take years to complete. In the meantime, short-term challenges persist.

Despite the benefits of the IRA, the cost of new wind farms is not likely to fall until at least 2024 due to ongoing inflation and price volatility for turbine components driven by global supply risks, Ortega said.

Turbine suppliers are increasing prices, reversing the long-term trend of falling costs due to intense competition in the wind market.

Leading global supplier Vestas raised its prices in the second quarter by 22% on a year ago and expects to pass rising costs onto consumers going into next year, the Danish company said in August.

Developers also face significant challenges in permitting and grid connection which can delay projects by several years and increase costs. Federal authorities are working to streamline permitting procedures but new legislation that would accelerate permitting of key power transmission for solar and wind projects was pulled from a recent government funding bill after it failed to gain sufficient support in the Senate.

“We need to focus on getting the permitting bill done, that is important for us to be able to accelerate the industry,” Ganapathy said.

Progress is already underway in the Midwest power network, she noted. In July, Midwest network operator MISO approved over $10 billion of grid investments that could support 53 GW of new renewable energy capacity.

The wide range of tax incentives in the IRA should see more U.S. manufacturers keen to supply wind turbine components and this could, in time, impact prices, Ortega said.

“The IRA incentivizes both the demand and the supply, so we're definitely going to see an increase in the supply chain,” he said.