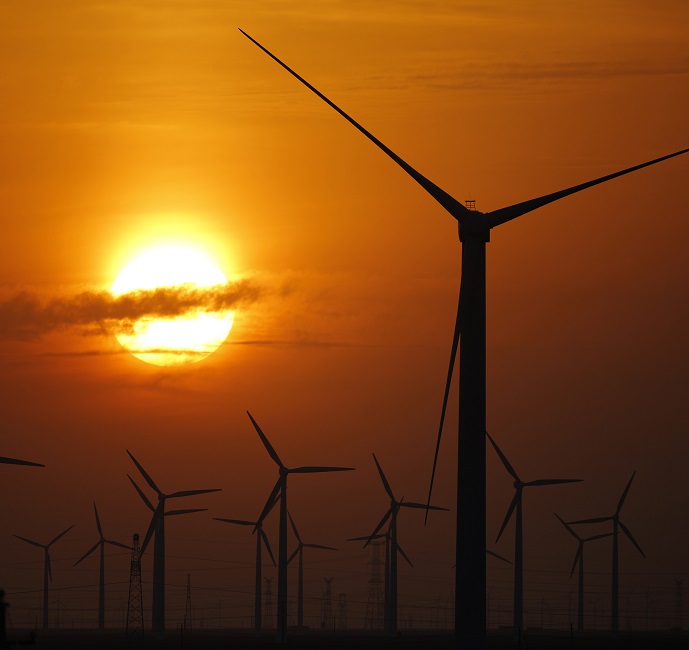 The EU's decision to exit Russian oil and gas has led to short-term supply concerns and spurred a rapid acceleration in renewable energy targets.

In France, the government is changing the terms for subsidised Contracts for Difference (CFDs), allowing developers to temporarily capture soaring wholesale power prices or expand project capacity ahead of completion.

Outages at French nuclear plants have raised supply concerns and wind and solar developers have been battered by surging prices, supply chain delays and volatile markets since the 20-year CFD prices were secured. Nuclear plants typically provide over two thirds of France's power but 32 out of 56 reactors were off-line at the start of September due to maintenance and corrosion issues.

Turbine supplier Vestas raised its prices in the second quarter by 22% on a year ago and expects to pass rising costs onto consumers going into next year, the Danish company said last month. Developers also face ongoing regulatory risks from grid connection delays and market interventions at national and EU level.

“The result of these risks is to increase the bids from participants and thus also the price consumers will have to pay," Heikki Willstedt, Energy Policy and Climate Change Director at the Spanish Wind Energy Association, told Reuters Events.

Indexation of CFD prices will help protect developers going forward but wider regulatory risks are far harder to tackle due to the ongoing energy crisis in Europe, he noted.

Wind and solar CFDs provide developers a fixed long-term price of 15 or 20 years, depending on the market. If wholesale market prices rise above the strike price, developers pay the government the difference, so the asset owners are not generally benefiting from soaring wholesale prices. Some governments have chosen to instead allocate feed in tariffs which allow operators to benefit from high wholesale prices.

CFDs provide developers and wind investors stable long-term revenue and a clear risk return outlook but soaring inflation and volatile markets have added risks between CFD allocation and grid connection, typically over a year for onshore wind and several years for offshore wind.

To mitigate this, France will allow onshore wind and solar projects that secured 20-year CFDs in recent auctions but are yet to be completed to sell electricity directly into the wholesale market for 18 months prior to triggering their CFDs.

In another sign of supply concerns, successful projects in the last two auctions will also be allowed to increase project capacity by up to 40% before completion, within environmental guidelines.

For future projects, the government will change CFD terms to factor in changes to raw material costs. This indexation to inflation will help stabilise the margins of turbine suppliers that have been severely impacted by volatile prices. The next wind auction is scheduled for October but is yet to be confirmed.

The French government is also drafting new legislation that would include faster permitting and grid connection processes in wider reforms set to be debated in parliament this autumn. France supplied around 20% of gross energy from renewables in 2020 and must double this by the end of the decade to meet EU targets.

Wind and solar permitting can take several years due to complex administrative processes and a lack of resources at permitting authorities. The EU has called on member states to accelerate permitting procedures and several national governments have implemented measures to fast-track approvals.

Other European countries are yet to follow France with emergency changes to contract terms, leaving many wind and solar developers to mitigate volatile markets during procurement and construction. The U.K.'s rapid expansion in offshore wind has been backed by CFDs and similar contracts are being used on projects in Germany and other countries.

Germany will be keen to ensure choppy markets do not hamper its plan to rapidly accelerate wind in the coming years. Germany's parliament recently agreed new laws that will increase annual onshore wind installations to over 12 GW by 2025 and lifted a two-year deadline on building new wind farms to allow companies to adapt to volatile markets.

"Given the current international developments and the rapidly rising costs for energy, international transport and raw materials, it is crucial that auction prices are fully indexed," WindEurope said in a statement.