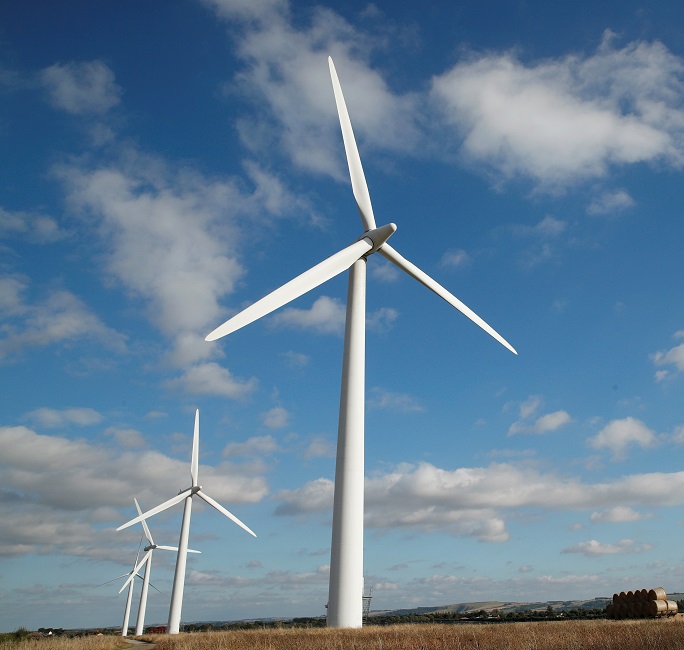 Last month, the UK government raised its offshore wind target by 10 GW to 50 GW by 2030 and pledged faster onshore wind and solar build in a new energy security strategy to combat soaring energy prices and reduce its reliance on fossil fuels.

Across Europe, governments are hiking renewable energy targets to reduce their reliance on Russian gas following its invasion of Ukraine.

The UK operates 14 GW of onshore wind capacity and development activity has mainly been confined to Scotland since planning rules in England were toughened in 2015. This looks set to remain the case as new projects in England have faced opposition from members of Johnson's Conservative party and local groups. Scotland benefits from windier conditions and larger areas of unpopulated land but electricity demand is higher in England. The government will not overhaul onshore wind planning rules in England, it said, despite onshore wind now being widely popular with the general public and soaring energy prices highlighting Britain's dependence on imported gas.

Instead, the government will consult on new onshore wind schemes with a limited number of "supportive communities" in England, where they would host new capacity and benefit from "local energy discounts for example," a BEIS spokesperson told Reuters Events.

The policy is still at an early stage but BEIS expects only "small amounts” of deployment in England and Wales.

Only 11% of local authorities in England have identified suitable areas for wind farms, mainly due to the resources required to meet the commitments, Dr Rebecca Windemer MRTPI, Lecturer in Environmental Planning, University of the West of England Bristol, said.

This is despite around 80% of the public being in favour of onshore wind farms, according to government surveys.

Once the areas have been identified, applications must demonstrate impacts identified by the local community have been fully addressed and the proposal has their backing, Windemer said.

"My research has identified that local planning authorities have found it very difficult to assess this community backing requirement," she said.

A major issue in England is that opposition from just one person can block a wind farm project.

"No other energy source, or any other type of infrastructure, is subject to such rules,” a RenewableUK spokesman said. "We want a level playing field which allows projects to go ahead where they have the support of the majority of local people."

The government has reopened its contract for difference (CFD) subsidy auctions to onshore wind and projects in Scotland are set to dominate bidding for a maximum 3.5 GW of capacity available this year.

RenewableUK expects little progress in England this decade, according to targets published in October. The industry group set a goal of 30 GW of UK onshore wind by 2030 that included 12 GW of new capacity in Scotland but less than 1 GW of new projects in England.

Soaring electricity and gas prices have strengthened the argument for onshore wind deployment. Wind power costs have fallen sharply over the last decade and households and businesses across Europe are struggling to pay their bills, increasing the pressure on governments to provide short-term remedies.

Approved wind farms can be constructed within a year or two, while it could take a decade to build a new fleet of nuclear power plants. The construction of EDF's Hinkley point C plant is several years behind its initial schedule and small modular reactor (SMR) technology proposed for the next fleet is yet to be widely deployed, bringing further risks. Uncertainty over how the government will frame community acceptance of onshore wind from a range of stakeholders is likely to deter many developers in England.

The government's consultation will consider how clear support can be demonstrated by local authorities and MPs, along with local communities, Windemer noted.

"This sounds very challenging, particularly for those areas with anti-onshore wind MPs," she said.

At the same time, government surveys show that 87% of the UK public support onshore wind projects in their own area if it results in lower bills, Dr Simon Cran-McGreehin, Head of Analysis at the Energy & Climate Intelligence Unit (ECIU), said.

ECIU calculated that a 25 GW shortfall in UK onshore wind capacity by 2035 could push up household electricity bills by 125 pounds per year ($156.5/yr).

"There’s a disconnect between strong public support for onshore wind and the opposition of some Members of Parliament. In the event of another gas crisis, those MPs wrongly claiming turbines are unpopular could have to explain to their constituents why they are paying [higher] bills,” Cran-McGreehin said.