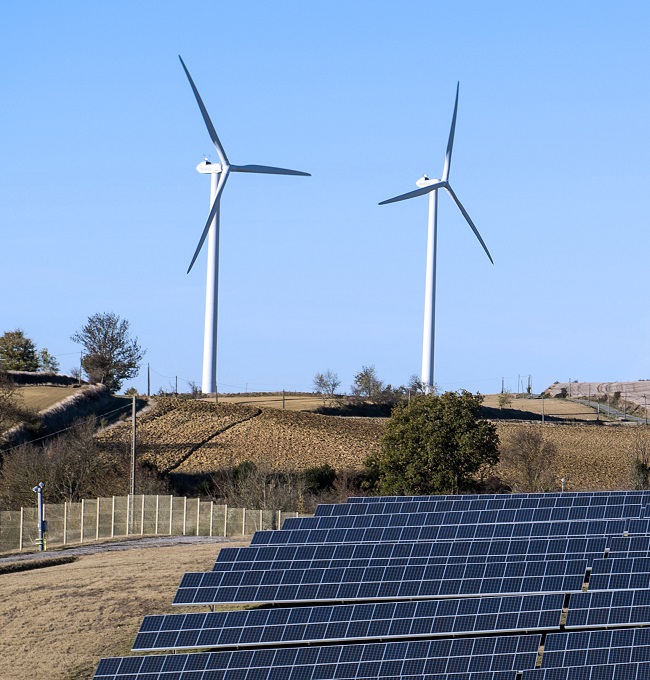 Next month, onshore wind developers will compete for UK contract for difference (CFD) subsidies for the first time since 2015.

The Round 4 CFD auction will see onshore wind, solar and hydro compete for 5 GW of capacity, with a maximum 3.5 GW available to each technology. Offshore wind will compete in a separate pot and winning projects will secure 15 years of guaranteed revenue at an agreed strike price.

Onshore wind costs have plummeted in recent years but solar costs are falling faster, making the technology competitive in the UK and other parts of northern Europe.

Between 3 GW and 3.7 GW of onshore wind projects will be eligible to bid in the auction, industry group RenewableUK said. Up to 88 projects could bid and most of these are in Scotland, where there is good land availability and higher average wind speeds than in England and Wales, it said.

Some projects may not have the required planning permission in time for the auction, Alex Asher, a senior consultant at Cornwall Insight, said. Projects which have been in the planning process for over a year may have major issues which will not get resolved in time, while applications submitted in the last three to six months may also miss the deadline, he said.

Mardon predicts the auction “will result in solar being maxxed out at 3.5 GW and wind having to settle with the remaining 1.5 GW."

Last month, Prime Minister Boris Johnson pledged to decarbonise UK power supply by 2035, requiring a rapid acceleration in renewable energy capacity. Onshore wind installations must double to 1.3 GW/year to reach a capacity of 35 GW by 2035, according to the Climate Change Committee (CCC) that advises the government. Solar and offshore wind capacity may need to reach 54 GW and 45 GW respectively, four times the current level, while battery storage capacity will need to hit 18 MW, it said.

Onshore wind prices in the Round 4 auction are expected to be "on a par" with the energy market price, Graham Rice, Head of Onshore Sales UK at Siemens Gamesa, said in April. The UK government estimates long-term wholesale power prices at around 50 pounds/MWh ($67.2/MWh or 59.2 euros/MWh), in its low-price scenario.  Short-term prices are continuing to soar on fears of fuel supply shortages and lower wind speeds than usual this winter while economies rebound from Covid restrictions.

RenewableUK, which represents wind companies but not solar and hydro groups, expects onshore wind to be cost-competitive with all other clean technologies. However, solar costs are falling faster than wind in many regions as developers apply technology gains and economies of scale. Some UK developers are now building solar projects without subsidies and in an auction in Spain in March solar developers claimed all of the capacity in the technology-neutral pot, albeit with higher solar levels.

In the UK, "it is largely about scale...and getting ‘lucky’ on [low-cost grid connection]," Mardon said. "Co-locating batteries also helps the economics."

Rising renewable energy penetration is increasing the value of storage and many solar developers are now including batteries in their projects. Solar developers can gain more synergies from battery storage than wind developers and investment fund Quinbrook will start building the UK's largest solar plus storage project in Kent, England in the first half of 2022. The 350 MW Fortress project has gained consent from the UK government's Nationally Significant Infrastructure Project (“NSIP”) scheme.

Higher grid charges in Scotland could impact the competitiveness of onshore wind projects. Annual transmission network use of system [TNUoS] costs for a typical 40 MW onshore wind site in northern Scotland will rise from 460,000 pounds ($618,000) in 2016-17 to 1.3 million pounds by 2025-26, analysts at Cornwall Insight said in a research note earlier this year.

Grid charges in Scotland are "excessive" and can "equal the turbine costs" on a levelised cost of energy (LCOE) basis, Mardon said.