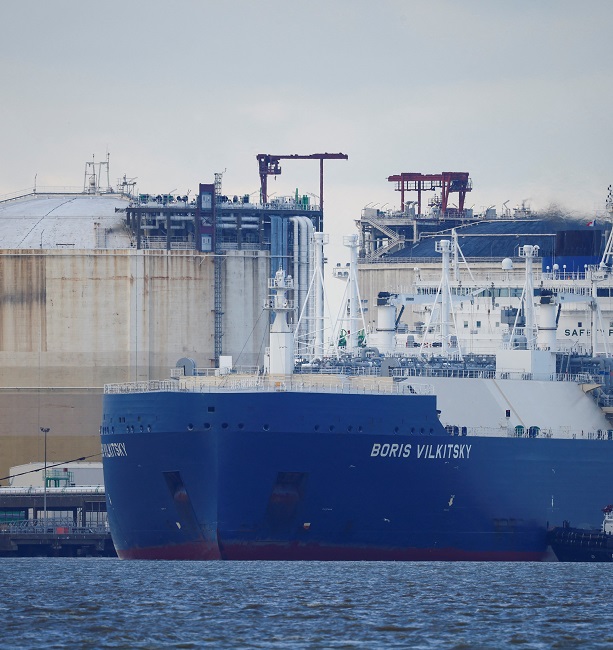 The European Union (EU) plans to cut its dependence on Russian gas supplies by two thirds by the end of the year and will study new climate policies that accelerate renewable energy deployment following Russia's invasion of Ukraine, the European Commission (EC) said March 8.

The EU sources around 40% of its gas from Russia and will end its reliance on Russian supplies "well before 2030," the EC said. In the short-term, EU members will seek to buy more liquefied natural gas (LNG) from non-Russian sources such as the US, Qatar and Japan.

The UK said it was also considering ways to end its reliance on Russian gas that represents 4% of its supply. The US and UK both said they would cease imports of Russian oil and oil products.

The EU installed just 11 GW of new wind power in 2021, far short of the 30 GW per year needed to meet the EU's target of 40% renewable energy by 2030, industry association WindEurope said.

Onshore wind represented 81% of the new capacity and WindEurope predicts annual installations in the EU of 18 GW over the next five years.

Germany's government is to speed up the implementation of new energy laws that accelerate solar and wind deployment to reduce the reliance on Russian gas following its invasion of Ukraine, Reuters reported February 28.

Germany's economy ministry plans to speed up the passage of the Renewable Energy Sources Act (EEG) through parliament so that it can come into force by July 1, it said.

Formed in September, Germany's coalition government has raised the country's renewable energy target to 80% of power generation by 2030 and aims to quadruple solar capacity to 200 GW through a massive deployment of rooftop panels. The government wants to exit coal-fired power generation by 2030 and will exit nuclear power this year, increasing its reliance on gas-fired generation and renewables. Russia supplies around 40% of Germany's gas and Germany halted the Nord Stream 2 Baltic Sea gas pipeline project from Russia after President Putin formally recognised two breakaway regions in eastern Ukraine ahead of the Russian invasion.

Supervisory control and data acquisition (SCADA) monitoring ceased and the turbines could not be reset remotely in the event of a fault. The turbines would continue to operate in automatic mode and Enercon was working with operators to set up alternative communication links, it said.

"The exact cause of the disruption is not yet known...The communication services went down at almost exactly the same time as the Russian invasion of Ukraine began," the company said.

BSI said "no effects on power grid stability are currently expected due to redundant communication capabilities of the responsible grid operators," Reuters reported.

Ukraine disconnected its grid from a Russian network last week and has called for an emergency synchronisation with a European system to remove Russian control of grid frequency and other technical aspects.

The stronger link with Europe could be completed within weeks, EU officials said.

"There was a broad agreement around the table. Based on this, we will move forward... to connect Ukraine's electricity system as quickly as possible," EU energy commissioner Kadri Simson said.

Cyber security of critical structure is a major challenge for Ukraine. Russia has hacked global electricity networks in recent years, US officials said, and cyber attacks caused blackouts in Ukraine in 2015 and 2016. Hackers disrupted the power system feeding parts of the capital Kyiv, reportedly through remote control of software-hardware interfaces and substation infrastructure.

Offshore wind developers bid a record $4.4 billion to secure six leases in the New York Bight in the largest US lease tender to date.

Bight Wind Holdings, a partnership of Germany's RWE Renewables and National Grid ventures, made the largest bid of $1.1 billion for a lease of 125,964 acres.

The other three winners were Mid-Atlantic Offshore Wind, which is owned by Denmark's Copenhagen Infrastructure Partners (CIP), Ocean Winds, a joint venture of Portugal's EDP renewables and France's Engie, and US wind and solar developer Invenergy.

The leases cover New York and New Jersey territory and the Biden administration plans to hold up to seven offshore wind lease auctions by 2025, including undeveloped areas in the Central Atlantic, the Gulf of Mexico and the West Coast, Deb Haaland, Department of the Interior (DOI) Secretary, announced in October.

The government has set a target of 30 GW offshore wind by 2030 and aims to complete the environmental reviews of 16 projects - representing 19 GW of capacity - by 2025. Construction has begun on the 800 MW Vineyard Wind project, the US' first large-scale offshore wind farm. The facility is scheduled to be fully online by 2024.

The New York Bight leases include incentives to source major components domestically and to enter into project labour agreements that support union workers, the Interior Department said. Other requirements will provide greater flexibility in transmission planning and increase engagement with Tribes, fishermen and other local stakeholders.

“We must have a robust and resilient domestic offshore wind supply chain to deliver good-paying, union jobs and the economic benefits to residents in the region,” said BOEM Director Amanda Lefton. "We are requiring lessees to report their engagement activities to BOEM, specifically noting how they’re incorporating any feedback into their future plans.”

BOEM initially called for interest from developers for 1.7 million acres in the New York Bight and reduced this by 72% following input from scientists and regional stakeholders.