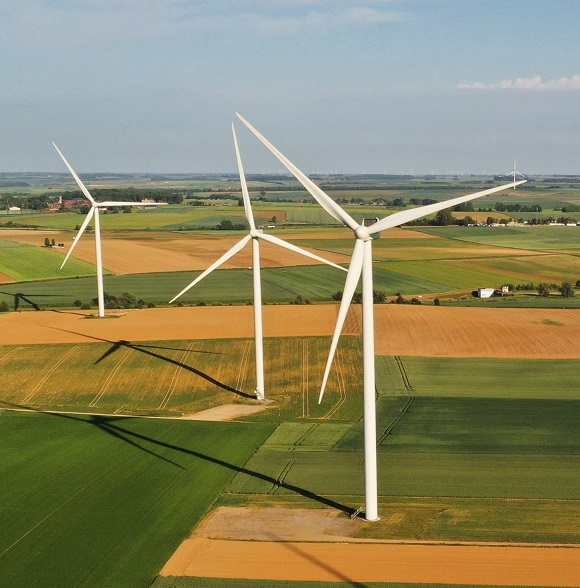 European Union leaders have agreed to accelerate wind and solar permitting alongside a ban on most Russian crude oil imports by the end of 2022.

At a May 31 summit, EU leaders agreed to ban all Russian oil delivered by sea while Poland and Germany also pledged to end pipeline imports, effectively halting 90% of Russia's oil imports into the 27 EU countries by the end of the year.

Leaders also called for the speeding up of permitting procedures for renewables projects as set out in the European Commission's RePowerEU plan to end the region's reliance on Russian gas. Russia supplies around 40% of Europe's gas and the EU has already pledged to cut Russian supplies by two thirds by the end of the year and end supplies by 2027.

The RePowerEU plan raises the EU's renewable energy target for 2030 from 40% to 45%, hikes energy efficiency goals and sets out measures to diversify fossil fuel supplies. EU members will be required to designate areas in which permits for large wind and solar projects must be awarded within one year of application. Countries would identify "go-to areas" areas on land and sea where renewable energy would have a low environmental impact. An environmental assessment would be performed for these areas as a whole, removing the need for individual projects to go through the full process.

Germany, the Netherlands, Belgium and Denmark have pledged to install at least 65 GW of offshore wind capacity in the North Sea by 2030 and 150 GW by 2050, to supply electricity grids and the emerging green hydrogen market.

The four countries will "take all relevant and appropriate steps to speed up regulatory and permitting processes as much as possible and invite the European Commission [EC] to actively support these efforts," energy ministers said in a joint declaration May 18.

On the same day, the EC hiked renewable energy targets for the EU and set out new rules that will accelerate permitting in a new RePowerEU plan aimed at ending the region's reliance on Russian gas and oil.

Germany had already hiked its offshore wind target to 30 GW by 2030 before Russia's invasion of Ukraine. The EU currently operates 15 GW of offshore wind capacity and in 2020 the EC set a target of 60 GW by 2030.

In their declaration, Germany, the Netherlands, Belgium and Denmark pledged to work together on numerous international and hybrid offshore wind projects and set combined green hydrogen targets of around 20 GW by 2030.

The U.S. Department of Interior plans to sell five offshore wind leases off the coast of California in the first auction of large-scale floating wind capacity off the U.S. Pacific Coast.

The Interior Department's Bureau of Ocean Energy Management (BOEM) has opened a 60-day public consultation for five areas in Morro Bay in central California and Humboldt Bay in the north, it said May 26.

The projects will use emerging floating wind technology as U.S. Pacific offshore wind sites are too deep for fixed-bottom technologies.

The areas span 373,000 acres (150,950 hectares) and could generate up to 4.5 GW of power. The BOEM plans to auction the first leases in the autumn and the California Energy Commission (CEC ) has set a preliminary target of 3 GW offshore wind by 2030.

The public consultation follows a call for interest by BOEM in July 2021 and last month the bureau completed its environmental assessment of Humboldt Bay, finding no significant impact and paving the way for an auction this year. Morro Boy could host around 3 GW of capacity and Humboldt Bay area could host around 1.5 GW, it said.

California is currently scrambling to acquire new power sources to prevent shortages during summer heat waves. Last month, California Governor Gavin Newsom set out plans for a 5 GW power generation reserve after officials warned California could suffer a power shortfall of 1.7 GW during extreme heatwave conditions this summer. Delays to renewable energy projects and low hydroelectric supplies due to droughts have raised the risk during the evening when solar power wanes, it said.

The offshore wind leases form part of the Biden administration's plan to install 30 GW of U.S. offshore wind capacity by 2030 and complete environmental reviews of 16 projects by 2025.

The Biden demonstration is keen to establish a U.S. offshore wind industry and create jobs and the California lease auctions will include a 20% bidding credit to developers that invest in the U.S. supply chain. In March, the California Energy Commission (CEC) approved a $10.5 million grant to develop the Port of Humboldt Bay for offshore wind construction.

Developers can also gain a 2.5% bidding credit by signing agreements with local communities and ocean users such as fishing groups, the Interior Department said.

France's TotalEnergies has agreed to acquire a 50% stake in Clearway Energy from Global Infrastructure Partners (GIP) in the oil and gas group's largest U.S. renewable energy acquisition to date.

Total and GIP will jointly own Clearway, which has 7.7 GW of operational wind and solar assets and a 25 GW pipeline of renewable energy and storage projects, of which 15 GW are in an "advanced stage" of development, the company said.

As part of the deal, GIP will receive $1.6 billion in cash and an interest of 50% minus one share in the Total subsidiary that controls U.S. solar group SunPower.

Total has been rapidly expanding its U.S. renewable energy business over the past year, winning 4 GW of offshore wind leases in the New York Bight and North Carolina and acquiring around 7 GW of solar and storage assets from developers Core Solar and SunChase.

The Clearway acquisition will allow Total to "scale up in the U.S. market, one of the most dynamic in the world, benefiting from operating assets and a 25 GW high quality pipeline, in wind, solar and storage, with a wide geographic coverage with a presence in 34 states," Patrick Pouyanne, Chairman and CEO of TotalEnergies, said.