At the recent Climate Ambition Summit governments made new commitments to cut CO2 emissions by 2030. In our December issue we report on what the private sector is doing to make its climate action both ambitious and credible. And we launch a new publication, the Sustainable Business Review

December 12 marks five years since the Paris Agreement to keep global warming “well below” 2C was signed, amid jubilant scenes in a disused airport hangar on the outskirts of Paris. It is also the day when the UN, UK and France will bring together leaders from government, business and civil society at the virtual Climate Ambition summit to set out stepped-up climate commitments for the next five years, in advance of next November’s crucial COP26 summit in Glasgow.

The urgency of action to tackle climate change has increased considerably since Paris, with a series of alarming reports from the UN Framework Convention on Climate Change (UNFCCC) and the Intergovernmental Science-Policy Platform on Biodiversity and Ecosystem Services (IPBES) warning that only 1.5C of additional warming compared with pre-industrial times will allow safe living space for people and nature.

In December the UN Environment Programme’s 2020 Emissions Gap report warned that the world is heading towards a 3C rise this century, leading to mass extinctions and rendering swathes of the planet uninhabitable. The report calls for a three-fold increase in ambition levels compared with the Paris accord to keep to a 2C pathway, and five-fold to stick to a 1.5C rise.

The private sector isn’t lacking in avowed ambition. Since the 2018 UNFCCC report gave the stark assessment that net global CO2 emissions need to come down by about 45% from 2010 levels by 2030 and reach “net-zero” by around 2050, companies in even hard to abate sectors like cement and oil and gas to announced aspirations to become net-zero, usually by 2050.

But there are rising concerns about “net-zero washing” from investors and NGOs.

As John Frijns, director of the NGO BankTrack, tells reporter Mike Scott in the first article of The Ethical Corporation this month, “Net-zero targets are the new ‘world peace’. Everyone wants it, but what does it mean?”

In this month’s magazine, we set out to answer that question. Scott reports on efforts within the business community to bring scientific credibility and accountability to net-zero commitments ahead of COP26, with a rigorous new standard being developed by the Science Based Targets Initiative, and the World Business Council for Sustainable Development restricting membership to companies that have set a 1.5C science-based target.

And I report on the vexed issue of carbon offsetting and nature-based solutions. A strong feature in corporate net-zero targets, there are fears that companies that offset emissions rather than transform their business models will tar those investing in credible nature-based solutions with the same muddy green brush. I report on a raft of intersecting new initiatives to ensure nature gets due space in the race. 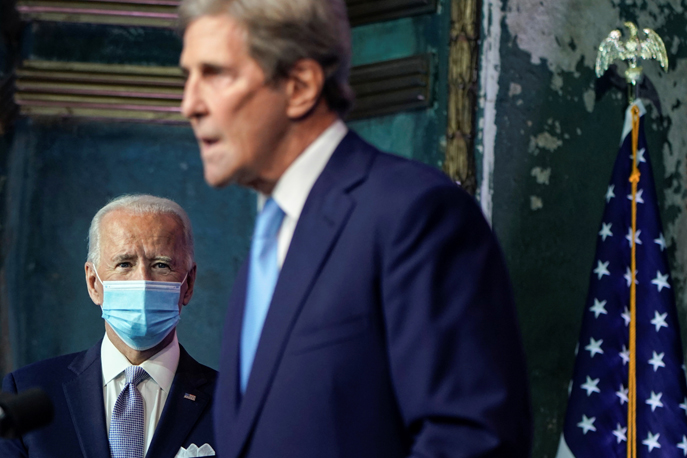 We look at progress on net-zero from two critical state actors. From Washington, DC, Diana Rojas reports on how President-elect Joe Biden’s first steps have spurred audacity of hope for US climate leadership at COP26. She hears that if Democrats fail to secure the Senate in January, there is optimism that the Biden administration’s commitment to addressing CO2 emissions is riding economic and financial tailwinds.

And Angeli Mehta asks leading UK experts what policies Prime Minister Boris Johnson will need to put in place to achieve the COP26 host country’s ambitious new commitment to cut emissions by at least 68% by 2030.

Mike Scott takes soundings from investors and NGOs on new guidance from the Science Based Targets Initiative on how the finance sector should align with the Paris Agreement, while Nadine Hawa reports on how companies that seek to lead on climate change are rising to the challenge of taking their customers and regulators with them.

This month’s magazine also features commentary from ShareAction’s Wolfgang Kuhn, who argues that investors have not yet got to grips with the challenge of decarbonising heavy industry. And Stephen Bay of EarthUp calls for the creation of a scope 4 emissions category to account for the steep rise in the carbon footprint of companies’ remote workforce.

Next year, The Ethical Corporation magazine will be stepping up its ambition in a bid to help our readers navigate the increasingly complex landscape of regulation, finance and multi-stakeholder engagement that will be required over the coming decade to rise to the unprecedented challenges of climate change and the Sustainable Development Goals.

In January, Reuters Events Sustainable Business will launch a new monthly publication, the Sustainable Business Review, in which our journalists will analyse the latest news from brands and NGOs, ESG investors and policymakers. The review will also have a news feature or interview and exclusive research from new data partners that will reveal which companies are leading and lagging in different sectors.

The Ethical Corporation will continue providing in-depth reporting and analysis of specific issues, and move to a quarterly format. In 2021, in the build-up to COP26, we will be taking a 360-degree look at all the environmental and human rights issues at play in the drive to decarbonise the transport sector (March), the food and land use sector (May) energy and utilities (September) and the built environment and cities in December.

Cate Lamb, who heads up water risk at CDP, and will be on the UN’s high level climate champions team at COP26 next year, told me recently that the media are an important part of CDP’s theory of change. It’s a responsibility we don’t take lightly.

I’d like to wish our readers a peaceful and joyful Christmas, and we look forward to rolling up our sleeves for the important year ahead.