While President Donald Trump was refusing to concede defeat last month and threatening a messy transition to a new Biden-Harris administration, off the chaotic main stage, the post-Trump transition to a greener American financial system unfolded in a quietly dramatic move by the Federal Reserve.

For the first time ever, in its semi-annual report on the country’s financial stability in November, the U.S. central bank described global warming as a long-term risk and requested to join the Network for Greening the Financial System, a global coalition of central banks and bank supervisors working to manage climate risks.

“[I]t is vitally important to move from the recognition that climate change poses significant financial stability risks to the stage where the quantitative implications of those risks are appropriately assessed and addressed,” said Lael Brainard, who serves on the Federal Reserve Board of Governors, in the wake of the release of the report.

All change requires leadership. We haven’t had that. We see leadership now. We need to be audacious in what we ask for

Although the Federal Reserve stopped short of mandating that financial firms provide information about how their investments may be affected by climate change, Federal Reserve chairman Jerome Powell noted that the Fed was in the active stages of evaluating the “full scope of implications of climate change for markets”. He added that it expects banks “to have systems in place that appropriately identify, measure, control, and monitor all of their material risks, which for many banks are likely to extend to climate risks.”

Currently, only New Zealand requires the financial sector to report on climate risks (and only as of this September). In November, the UK became the first G20 country to mandate climate-related disclosures by large companies and financial institutions by 2025.

And while the international Task Force on Climate-related Disclosures (TCFD) provides recommendations to help markets quantify the financial impacts of climate change, of the more than 1,500 companies, financial institutions and governments that publicly support it, only 234 of them are American companies. 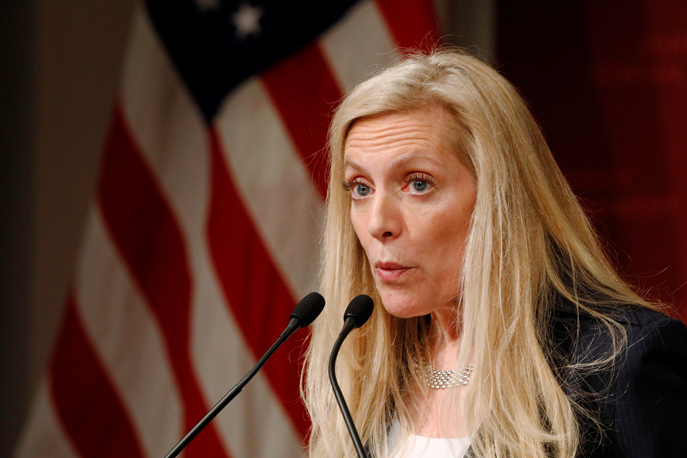 “The reason that the Fed is starting to weigh in is because their job is to look at systemic risk, not whether Mindy Lubber’s $19,000 stock portfolio is at risk,” said Mindy Lubber, president and CEO of Ceres, the Boston-based non-profit sustainability advocacy organisation. “Climate has the ability to affect every sector of the economy … The acceptance of this as a risk to not only our people and planet, but to our economy, is far higher. All change requires leadership. We haven’t had that. We see leadership now. We need to be audacious in what we ask for.”

In an October report measuring the climate change risk for banks, Ceres found that more than half of “the syndicated lending of major U.S. banks is exposed to climate transition risk because many bank clients in a wide range of sectors have inadequately prepared for emissions reductions in line with the Paris climate agreement.”

Although the report notes that a handful of global American banks have made climate commitments, and some others are calling for policy action or adjusting lending policies for fossil fuel companies, the Ceres report says the biggest threat to financial stability comes from “what lies in the middle”, in other words lending to sectors that rely heavily on fossil fuels.

If Biden seizes the opportunity, it may prove to be one of the most important turning points in the global fight against climate change

In a November editorial, Mike Bloomberg, chairman of the TCFD, called on Biden to hold a “Bretton Woods” for climate-disclosure standards. Bretton Woods was the 1944 conference of the 44 Allied nations to set global monetary/financial order post World War Two.

“A global standard for climate reporting is critical, but it will not happen without U.S. leadership,” wrote Bloomberg. “If Biden seizes the opportunity, it may prove to be one of the most important turning points in the global fight against climate change.”

For its part, the incoming Biden administration promises to come out of the gate playing catch-up with the country’s climate mitigation action. His campaign pledged a 100% clean energy economy and net-zero emissions by 2050, and a return to the Paris climate accords. 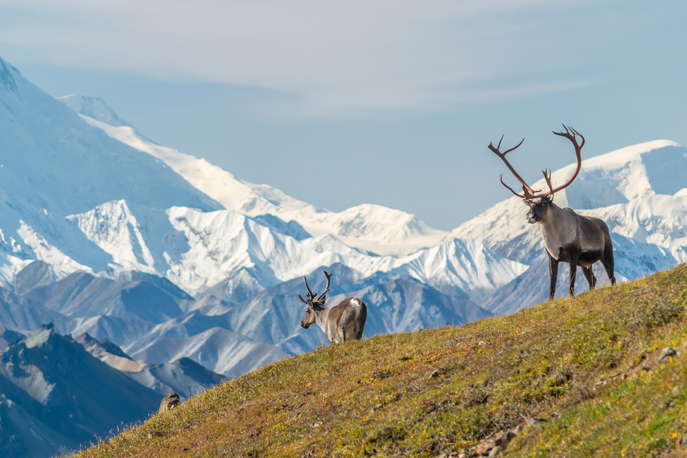 The ambitious Biden climate plan attempts both to greatly expand America’s domestic ambition and global role in mitigating the climate crisis, and to intertwine those efforts with building the economy. Indeed, even before taking office, Biden appointed former Secretary of State John Kerry as first-ever climate czar, putting climate front and centre on the cabinet level and on the National Security Council.

Recognising the potential for a divided Congress and obstructionist majority in the Senate, the incoming Biden administration has said it will take action on its first day that doesn’t require legislative approval (i.e. issuing executive orders), including: requiring more aggressive methane pollution limits for oil and gas operations, developing new rigorous fuel economy standards and federal procuring towards electrifying vehicles, conserving wild lands and reversing Trump-era decisions to open up the Arctic to more fossil-fuel drilling.

Longer term, Biden has pledged to invest $400bn over 10 years towards clean-energy research and innovation, targeting potentially “game changing” technologies including grid-scale storage at a 10th of today’s cost, small modular nuclear reactors, non-GHG emitting refrigeration and air conditioning, the decarbonisation of steel, concrete and chemical manufacturing, and carbon sequestration at power plants. The plan notes that the investment is twice the amount, in today’s dollars, that the U.S. invested to put a man on the moon.

Clean energy and action on climate is very wildly popular in the U.S. and it will consolidate political power to do more

The climate moon-shot proposal, which seeks to embed action in every governmental department and agency, includes an immediate commitment that federal infrastructure permitting decisions consider a project’s climate impact, and will require public companies to disclose climate risks and greenhouse gas emissions in their operations and supply chain.

John Morton, a partner at the global advisory and investment firm Pollination, and the former senior director of energy and climate change at the White House under President Obama, said that not only has Biden made climate a “centrepiece” of his incoming administration, he’s addressing it “as a key part of how the American economy must evolve and grow over the years ahead”.

Ilmi Granoff, director of ClimateWorks Foundation's Sustainable Finance Program, was among some 150 experts interviewed by the Climate 21 Project for his ideas, among others, on creating a national climate bank. 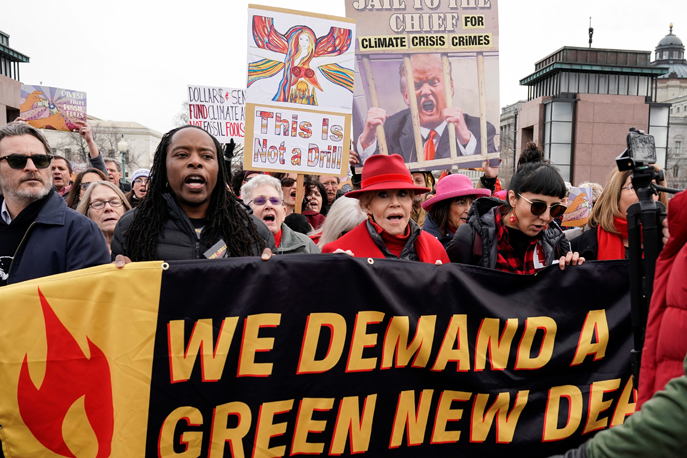 The Climate 21 Project, by the Duke Nicholas Institute for Environmental Policy Solutions, offered a whole-of-government policy memo aimed at helping the Biden administration’s climate response. Many of its contributors and authors are now working within the transition. Granoff continues to advise the transition on extending those recommendations into financial regulation.

He predicts that the incoming Biden administration will act immediately “on the low hanging fruit”, like rejoining Paris or rolling back Trump’s climate-unfriendly executive orders. But after those “day one” actions, he says “it will be a slog”. And if the Senate maintains its Republican majority “there’s no question that we’ll be operating with two hands tied behind our back.”

Nevertheless, he is optimistic. “Clean energy and action on climate is very wildly popular in the U.S. and it will consolidate political power to do more,” said Granoff, noting that as the single-biggest consumer in the economy, there is a lot the federal government can do without legislation. “Financial oversight, state and international cooperation, and public procurement are good places to start. Ultimately, I also think more public investment in clean energy will create new constituencies that will support climate policy.”

With the world’s largest asset manager BlackRock, calling for climate disclosure, General Motors backtracking on its opposition to more stringent mileage standards, and what Granoff referred to as the irrational exuberance towards certain EV makers, “most investors think that there will be a now-delayed but quite rapid transformation” towards the electrification of transportation and the low-carbon transition of other sectors.

But according to the Ceres report, while investors and regulators have become more outspoken on the need for climate disclosures, all too often those disclosures get tucked under corporate sustainability rather than in financial filings. The good news, according to both Lubber and Morton, is that more and more companies today are analysing climate risk compared with five or 10 years ago, and they’re making findings public. And the bad news? “Voluntary takes a long time,” says Lubber.

“Systems don’t work well without a level playing field, where there is a set of rules and everyone complies with it,” she says, adding that it’s high time that the Securities and Exchange Commission (SEC) makes climate risk disclosure mandatory. If the SEC mandates climate-risk disclosure, and the Federal Reserve orders banks to show climate as a systemic risk and do scenario planning, then private companies will follow suit, she predicts. 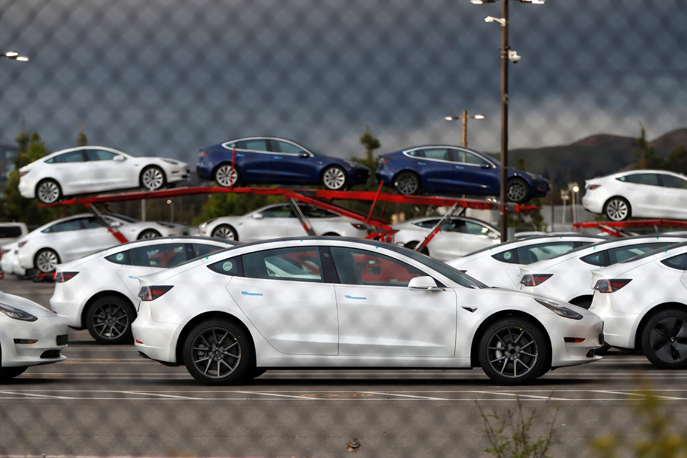 Morton believes that what will make a difference for the incoming administration is that the Biden commitment to net-zero is “riding economic and financial tailwinds”, and industry and financial markets will move … quickly to embrace first voluntary, and then mandatory, reporting requirements.”

“The global economy is embracing a low-carbon future,” said Morton. “Regulators and shareholders will demand this level of transparency.”

Diana Rojas is a freelance writer based in Washington, DC, and a regular contributor to The Ethical Corporation, focusing on environmental policy and sustainability issues. Diana is fluent in Spanish and Portuguese.

A week of getting real about the enormity of the climat...
Will 'historic' U.S. climate bill herald a ne...
'The backlash to climate-smart investing in the U....
ESG Watch: Biden's ‘made-in-America’ climate l...
comments powered by Disqus