The COP26 host is challenging other countries to match its ambition after setting challenging new 2030 targets for cutting emissions this week. Angeli Mehta asks leading experts whether they think Boris Johnson has the policies in place to deliver

The UK has set a new target to cut emissions by at least 68% by 2030, compared with 1990 levels. The announcement follows recommendations from the Climate Change Committee, which says the trajectory is “eminently achievable, provided effective policies are introduced across the economy without delay”. Climate scientists have welcomed the new target but want to see the policies to back it.

David Reay, professor of carbon management at the University of Edinburgh said: “Credit where it’s due, this is evidence-based policy-making and the rest of the world will take note. Now comes the (very) hard part: realising these commitments in the face of new trade deals, Covid recovery and yellow vests.”

A raft of measures were announced last month: first the Prime Minister’s 10-point plan for a green industrial revolution, followed a week later by the delayed national infrastructure strategy and the long anticipated announcement of a national infrastructure bank. All were warmly welcomed. But there are gaps – in policy, in skills, in funding for net-zero infrastructure, and in the emissions reductions required to keep us within our already agreed carbon budget, never mind this more stretching commitment. Moreover, the fourth and fifth carbon budgets were calculated to deliver an 80% reduction in emissions by 2050, not to achieve net-zero.

It was great to see the UK coming out with a big programme of ambition, but it didn't really put in the amount of investment that is required

Downing Street says the plan will mobilise £12bn of government investment (although less than half of it is new) and potentially three times as much from the private sector, and could create up to 250,000 jobs.

“It was great to see the UK coming out with a big programme of ambition,” says Kate Levick, programme leader for sustainable finance at climate change thinktank E3G. But, “we only gave it half marks, because although it had some good big goals, it didn't really put in the amount of investment that is required to meet them. There's still a sense of the UK not really having a solid plan for how it's going to meet its net-zero commitment.”

Nick Molho, executive director at the Aldersgate Group, is encouraged that “we finally seem to be getting to a position where senior people in government recognise that actually moving to net-zero emissions isn't just a cost, but should also be looked at as an investment.” But he cautions: “The systems thinking is not there yet. If we're going to bring the whole economy down to net-zero emissions, you can't do that through a series of isolated announcements, you have to really understand and put forward measures that work for the economy as a whole.” 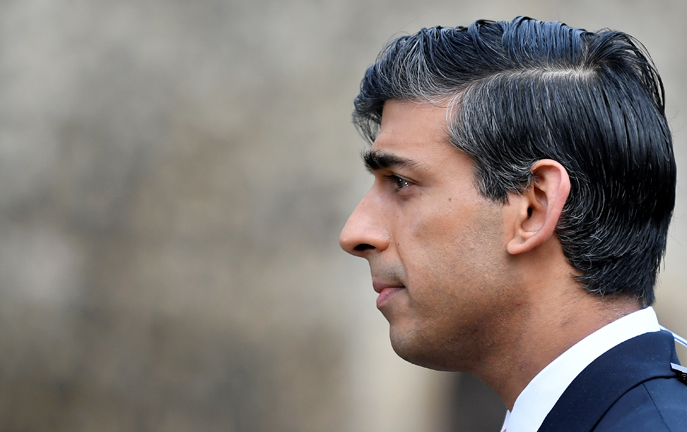 Campaigners are delighted that new petrol and diesel cars and vans will be banned by 2030 (although hybrids get another five years), and consultation will begin on the phase-out of new diesel HGVs.

Caterina Brandmayr, head of climate policy at the Green Alliance, says it’s vital to have interim targets for manufacturers to sell a percentage of electric vehicles in the 2020s so that uptake isn’t delayed, and there are benefits seen in terms of lower emissions. “The more we promote an early market for electric vehicles in the UK, the more there will be an incentive for manufacturers to invest in UK car manufacturing for clean vehicles.” That will be critical if the UK is to replicate the success story of the offshore wind industry in the clean-vehicle sector, she adds.

A delivery plan to accelerate the shift to electric vehicles will come next year, but there’s another £582m to extend grants for plug-in vehicles, and £1.3bn to speed up the roll-out of charging infrastructure.

More widely, Sam Gardner, head of climate change and sustainability at Scottish Power, says what’s needed is continued investment “in the country’s core energy infrastructure, the networks that are critical to ensuring the delivery of renewables, hydrogen, electric vehicle chargers and heat pumps. This work should be mapped out as one of the foundation pieces of a clear long-term strategy that plots the path to net-zero across the economy.”

Buildings are critical pieces of the jigsaw. The UK has some of the oldest and least energy-efficient housing in Europe, contributing 23% of total emissions.

“We know what to do in terms of energy efficiency in buildings, but we've been really stuck for, I would say, close to 10 years now on what we should be doing on heating,” Molho says.

The government wants to accelerate demonstration projects using hydrogen for heating, as well as scale up the electric heat pump market. But it will have to make a decision about what proportion will be provided by each heat source, suggests Molho, because that impacts on, for example, how much hydrogen is needed in the first place, especially as hydrogen may have a role to play in storing electricity. 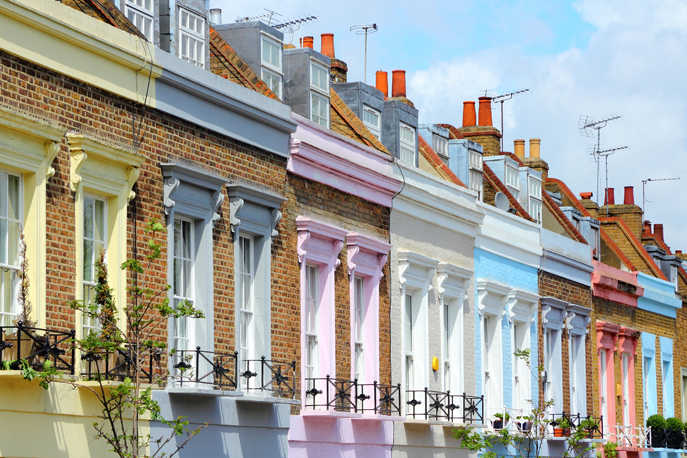 The UK has some of the oldest housing stock in Europe contributing 23% to emissions. (Credit: Tupungato/Shutterstock)

“It’s good to innovate, and to trial systems but you do need to make decisions because otherwise it’s really going to hold quite a lot of things back.”

The 10-point plan envisages a gradual move away from fossil fuel boilers over 15 years, as well as making homes more energy-efficient. There’s still no firm date for the Future Homes Standard which specifies 75-80% lower carbon emissions than a dwelling built today. A zero-carbon homes standard was originally intended for implementation in 2016, but met with resistance from major housebuilders.

Research for the Committee on Climate Change calculates the costs of achieving higher standards through retrofit are between three and more than five times what would have been incurred during construction.

“Not delivering the standards is counterproductive. The sooner that target is brought forward, the more we are in a position to avoid building homes that are really not fit for purpose,” argues Brandmayr of Green Alliance.

However, the Future Homes Standard does not yet address emissions embodied in construction materials (such as concrete and steel), and the construction process itself. Estimates of embodied carbon are as high as 28% of total buildings emissions over the lifecycle.

The same is true for industry. He welcomes a commitment to hydrogen and carbon capture and storage (CCS). The ambition is to capture 10m tonnes of carbon dioxide each year by 2030, creating around 50,000 jobs. 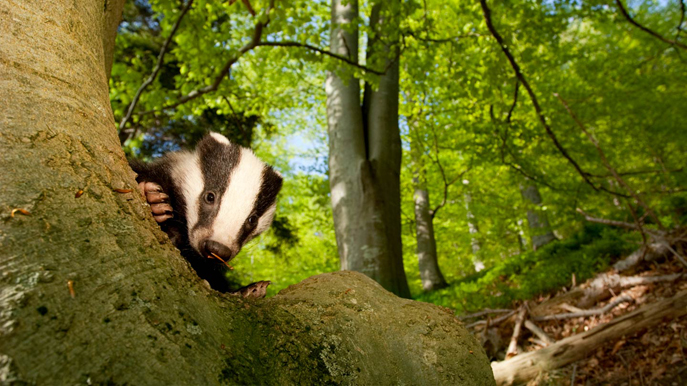 However, he says, “you're going to need market mechanisms that mean that private businesses are happy to put significant capital costs into technologies to cut their emissions, because they know that that will give them long-term access to a growing market of goods and services.”

Details of a revenue mechanism to bring in that investment are promised in 2021. Chancellor Rishi Sunak has also announced that a new national infrastructure bank will be up and running in the spring. It needs to have very clear objectives, says Levick of E3G, because big investment is needed in areas like buildings decarbonisation. “It’s actually quite hard for the private sector to solve this on its own because of the perceived risks around those investments. [A public investment bank] can bring down the perception of risk, and can practically help with things like aggregating many small projects together into investable bundles.”

Earlier this year, Aldersgate Group commissioned research that concluded the bank should have paid in capital of £20bn, and be able to call upon another £80bn.

The 10-point plan is billed as the route to green recovery. “There's now huge evidence available that shows that climate and environmental projects deliver much higher economic growth multipliers than high-carbon investments,” suggests Molho, as shown by a global survey of fiscal recovery policies. It points out that clean energy infrastructure is very labour-intensive in the early stages, with one model suggesting every $1 million invested in renewables infrastructure creates the equivalent of 7.41 jobs; 7.72 in energy efficiency projects, but just 2.65 for the same investment in fossil fuel industries. Nature-restoration projects score very highly in terms of high job creation potential: 17 jobs per $1m million invested, in one case.

“Those projects are more productive once in operation, which is what you want because it means that skilled labour can then move on to do other things,” Molho adds. The other advantage of nature and low-carbon investments is that they’re broadly spread out across the regions with a lot of the jobs created in small and medium enterprises up and down the construction and service supply chains.

Next week, the UK will co-host a Climate Ambition Summit, and is calling for nations for follow its lead and set more demanding nationally determined contributions (NDC) to meet the Paris commitments But leadership at next year’s postponed COP26 also depends on the UK having policies in place so action matches the rhetoric.

Angeli  Mehta is a former BBC current affairs producer, with a research PhD.  She now writes about science, and has a particular interest in the  environment and sustainability.  @AngeliMehta.

Society Watch: Indigenous peoples fear being overshadow...
PepsiCo’s biggest challenge: winning over millions of...
Comment: Five ways the world can break the deadlock on ...
Brands need to put money where their mouths are in figh...
comments powered by Disqus