Ellis joined Sainsbury’s in 2011 from Barclays as head of content, having started her career on the Boots graduate scheme. After a stint on the shop floor, she then moved through procurement, marketing and new product development before working for GlaxoSmithKline and Barclays. She also completed an MBA at Warwick University in 2011.

“As a foodie, Sainsbury’s was an instant attraction,” Ellis explains. She says: “I also wanted to work for an organisation where values matched my own – sometimes it can be hard to quantify what this really means, but for me it comes down to ‘doing the right thing’. We’re dedicated to getting the best products on the shelves.”

Keeping consumers informed is important, Ellis believes. “Our customers care about where their food comes from.”

She backs Sainsbury’s progress on sustainability. “I’m fortunate enough to be working for an organisation that already embeds corporate responsibility across the business. My role is to ensure the whole is bigger than the sum of the parts and amplify this through our 20x20 Sustainability Plan.”

Ellis will also lead the community agenda, which includes the remembrance day poppy appeal, and supporting Sainsbury’s stores with their local charity partnerships. 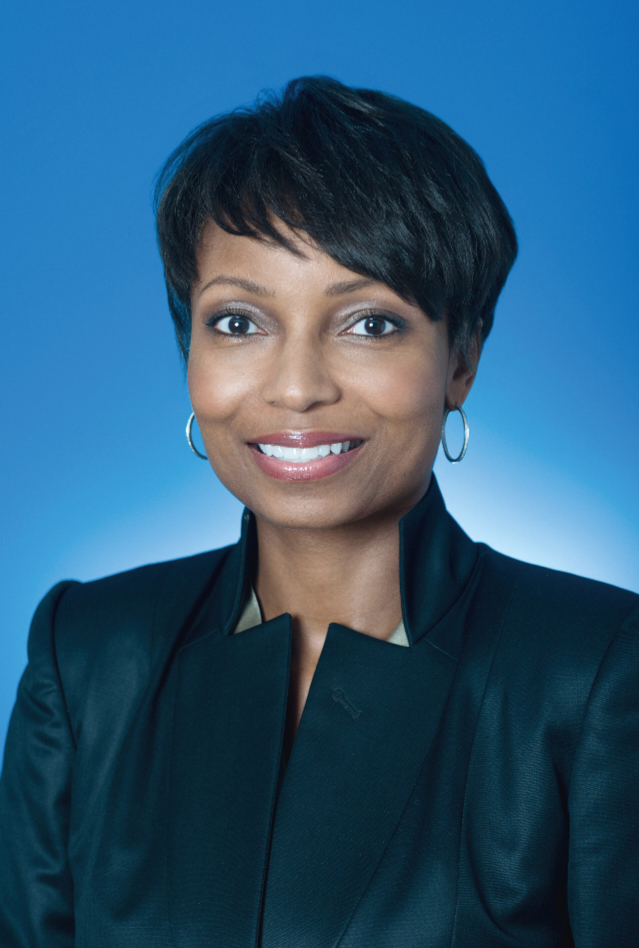 “As a teenager, I worked as a showroom model,” recalls Newton. “The pay was good, but the pace was far too slow.”

She joined Toyota in 1991 as a capital equipment buyer, before moving on to hold several different positions. “I have managed the facilities and transportation purchasing department and directed the procurement of capital equipment, building construction and logistics services for North America,” Newton explains. “Because I’d worked tirelessly to increase local investment, I asked to serve as a lobbyist for Toyota’s manufacturing interests in the US. That position led to my role overseeing the external affairs division.”

After a spell as assistant general manager of the human resources, management development and diversity department, she started a new division, the team member development centre, where she managed all engineering and manufacturing staff training and development initiatives in North America.

“Social responsibility is such a big part of Toyota’s values,” says Newton. “After spending 22 years seeing how much we invest in communities, how we value human rights and encourage our employees to get involved, I had an interest in playing a larger role in shaping Toyota’s future in corporate responsibility. There are many things I need to learn about this sector before setting concrete goals, but  look forward to creating greater value in society by leveraging Toyota’s unique values in new ways.” 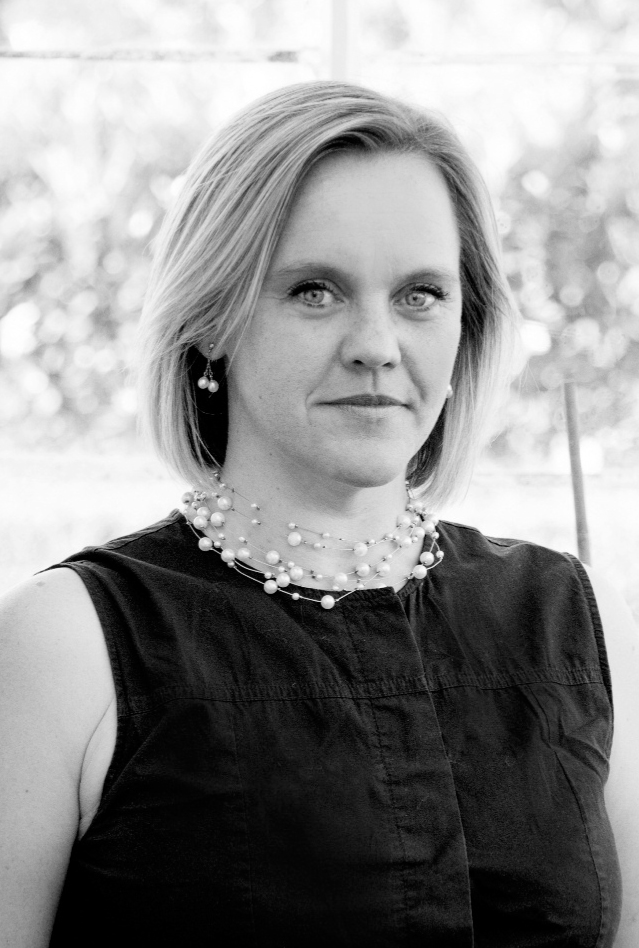 Global fund manager Standard Life Investments has announced the appointment of Amanda Young as head of sustainable and responsible investment (SRI). Young has worked in the financial services industry for 16 years and was most recently the SRI officer at Newton Investment Management. She is also a main board director of the UK Sustainable Investment and Finance Association.

After graduating from Lancaster University with a BSc in psychology, Young started her career on a trading floor at Rabobank International’s investment banking division, conducting economic research and supporting a range of investment banking analysts.

“I then moved into responsible investment as SRI analyst for a fund manager that focused on managing church and charity money, CCLA Investment Management,” she recalls. “ I spent seven years at CCLA developing an integrated model which moved beyond merely excluding investments in areas of concern for CCLA’s clients, to incorporating broader ESG risks and opportunities into the investment process.”

She then joined Newton Investment Management, where she spent five years before taking on her current role. “When I left investment banking, I was keen to develop my research and analytic tools into a new area,” she explains. “Having worked at a cooperative institution and having an affinity with responsible business practices, SRI was a natural fit. At Standard Life Investments, I want to develop an industry-leading approach to mainstreaming responsible investment and build a robust and credible offering.”

In her new role, Young will be leading a team of specialists integrating the environmental and social issues that affect Standard Life Investments’ asset allocation into the investment process.

ING has appointed Léon Wijnands as head of sustainability for ING Group and ING Bank. Wijnands has a track record in sustainability-related activities at ING and has held various senior positions, most recently as director of sales and service call at ING Netherlands. Between 2005 and 2009, he was chairman of ING Microfinance Support. From 2009, he served as ING sustainability ambassador and in 2011 he became a member of the board and treasurer of ING’s employee charity fund in the Netherlands.

“To me, sustainability means that we take into consideration what is most important to our stakeholders and society at large to ensure our business has a sustainable and positive impact,” Wijnands says. “The next challenge ahead of us is to further integrate sustainability criteria into our business activities and the products and services we offer.” 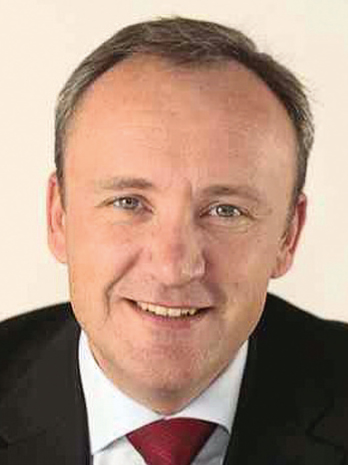 Richard Gillies has joined Kingfisher as group sustainability director. Gillies joins from Marks & Spencer, where he was the director of the firm’s sustainability initiative, Plan A. He will lead Kingfisher’s work on sustainability through its Net Positive plan, which aims to make a positive contribution across four priority areas of timber, energy, innovation and communities. He will also take responsibility for government affairs. 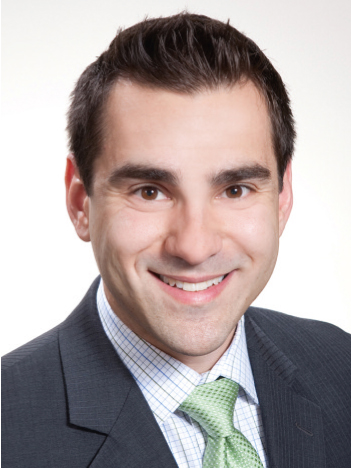 Boston-based sustainable fund firm Trillium Asset Management has hired Alex Jovanovic as an investment manager. Jovanovic was previously with Boston Common Asset Management, where he was most recently responsible for coordinating business development efforts and managing client relationships. He has also served on the leadership team of the Boston Area Sustainable Investment Consortium.

European listed investment company Eurazeo, a leading shareholder of the Accor Group, has appointed Sophie Flak as its director of corporate social responsibility. Flak joined Accor in 2010 as a member of the executive committee and was instrumental in the launch of Accor’s Planet 21 programme, which seeks to reconcile environmental protection, human dignity and the development of economic value for businesses. Prior to Accor, Flak was a partner in the consulting firm Accenture’s strategy division. She currently lectures in sustainable development at the Paris Institute of Political Studies.

Former environmental policy adviser in the UK prime minister’s office Vicki Bakhshi has been appointed head of governance and sustainable investment (GSI) at F&C Investment. Bakhshi has been a senior member of the GSI team, which is based in London and Boston, for a number of years, having joined F&C in 2006.

The UK Green Investment Bank plc has hired Chris Holmes as managing director for waste and bio-energy. He joins from Dutch bank NIBC, where he led the capital markets division of the infrastructure and renewables business.

The Sustainable Shipping Initiative (SSI) has appointed Helle Gleie as its first director, heading the organisation. She is the chief executive officer of her own company, Denmark-based ITOLEAD Consulting Group, and has recently worked as head of crew operation globally at Maersk Supply Service. The SSI is a global coalition of companies and NGOs aiming to make shipping economically, environmentally and socially sustainable by 2040. It was started by Forum for the Future and has been led by the NGO’s staff since its inception in 2010, but is now an independent organisation, with Gleie at the helm. The SSI comprises 21 member organisations from across the maritime and associated sectors, including Maersk Line, Rio Tinto, Unilever and WWF.

Green Century Capital Management, Inc., a Boston-based sustainable fund group, has named Leslie Samuelrich as its new president. Samuelrich joined the firm in 2012 and most recently held the role of senior vice-president. She is the former chief of staff of the grassroots corporate watchdog Corporate Accountability International, and was a founder and executive director of non-profit organisation Green Corps.

Tom McCabe is the new interim director of environment, transport and development at Norfolk County Council. He has worked for a number of authorities across the country, most recently at Shropshire Council, where he was responsible for services including transportation and highways.

Property development and investment company Hammerson has hired Louise Ellison as head of sustainability. Her remit will include developing Hammerson’s Positive Places initiative and ensuring that its shopping centres and developments continue to meet sustainability targets. Ellison joins Hammerson from M&G, where she was responsible for overseeing the sustainability strategy across its real estate portfolio